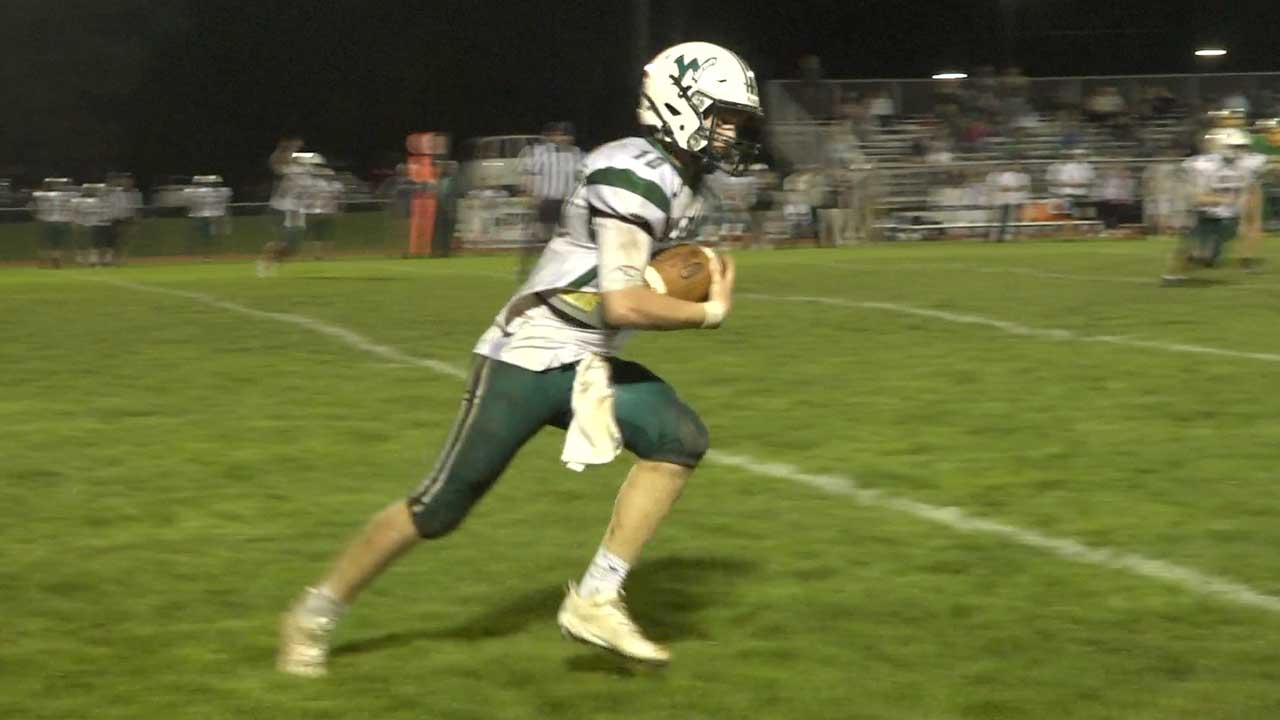 After a record setting season in 2019, the Mansfield University sprint football team won the fan vote and was announced as the top college program in the Twin Tiers at 18 Sports’ fourth annual Awards show, hosted virtually on Wednesday night.

Adam Hutchison connected with D.J. McLean with seven seconds remaining to cut the deficit to 19-13 but time ran out on Mansfield as visiting Franklin Pierce came away with the CSFL win on Homecoming at Karl Van Norman Field.

Mansfield freshman D.J. McLean, scored on a 48-yard touchdown pass from Adam Hutchison but it wouldn’t be enough as Mansfield dropped a 30-12 decision to Cornell in the 15th Annual Josh Palmer Pigskin Classic Saturday afternoon at Karl Van Norman Field.

Mounties Hang Tough But Penn Pulls Away in Second Half

MANSFIELD – D.J. Mclean Jr. caught a 24-yard touchdown pass from Adam Hutchison early in the third quarter to pull Mansfield to 10-7 but Penn scored the final three touchdowns of the game to post a 31-7 win over the Mountaineers in the opening game of the CSFL season for both teams Saturday night at Karl Van Norman Field.