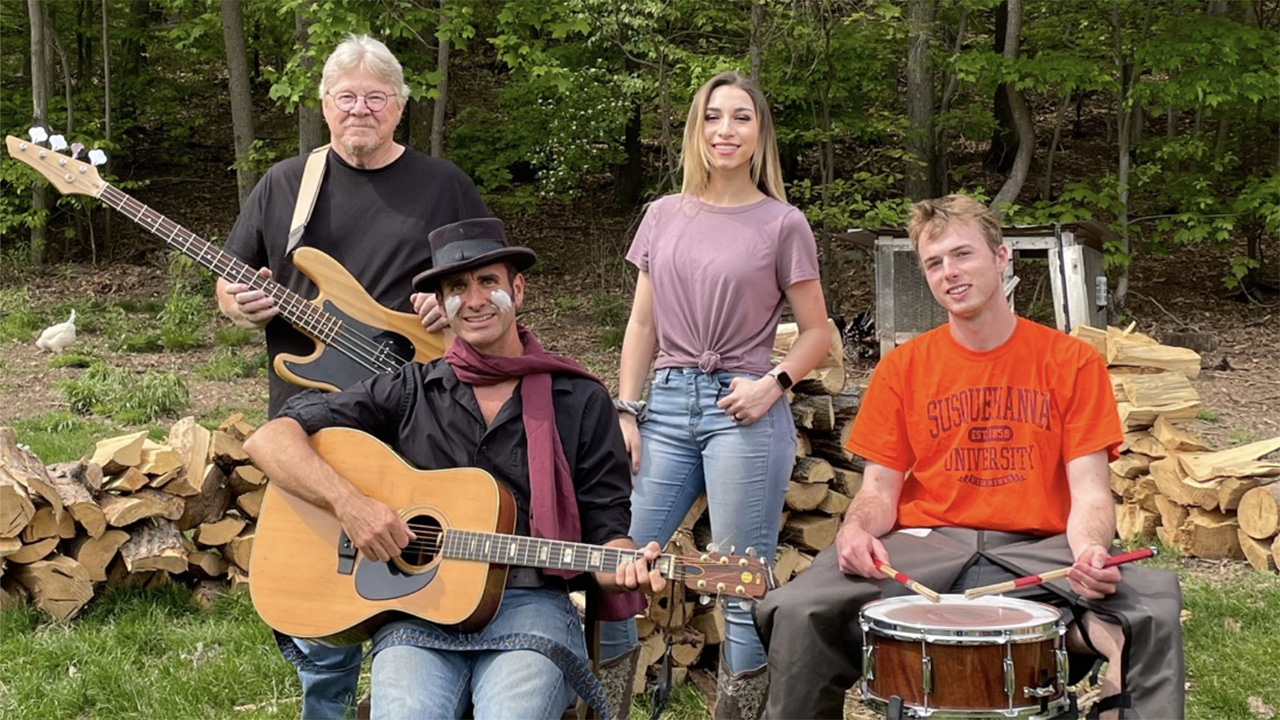 At 7 p.m. on Saturday, July 31, Van Wagner and the Buffalo Valley Railroad band will perform in the Coolidge Theatre at the Deane Center for the Performing Arts at 104 Main Street in Wellsboro.

“Most of our music is original; however, for our concert at the Deane Center, we are mixing in a handful of traditional folk tunes, a few rock ‘n’ roll songs and a few surprises,” said Wagner. “There will be acoustic guitar, electric guitar, piano and organ, bass and drums. The genres will range from traditional folk to edgy rock ballads,” he said.

In the band, Wagner sings, plays guitar and mandolin; Steve Belcher is on bass and drums; Haley Bergey sings and plays piano; and Ethan Weader is on guitar and drums. They plan to perform an acoustic set followed by an electric set.

Wagner is a singer/songwriter and historian who writes songs about Pennsylvania life and history and teaches environmental science at Lewisburg High. He lives in Danville, Pa.

“I have played music with every member of this band multiple times throughout my life but this year is the first time we all got together to play concerts as a group,” said Wagner.

“Steve (Belcher) and I played together when he was with the Hickory Project and they would host Hickory Fest at Stony Fork,” Wagner said. “Ethan (Weader) and I have played together for several years and in fact released an album. Haley (Bergey) is one of my former high school students and we have worked together on some recordings as well as collaborated on writing songs.”

“It just made sense that the four of us would come together as a band,” Wagner said.

Tickets are $20. Audience members are welcome to bring their favorite snacks and beverages to this BYOB concert. For tickets and to reserve a table, call (570) 724-6220 or visit deanecenter.com.