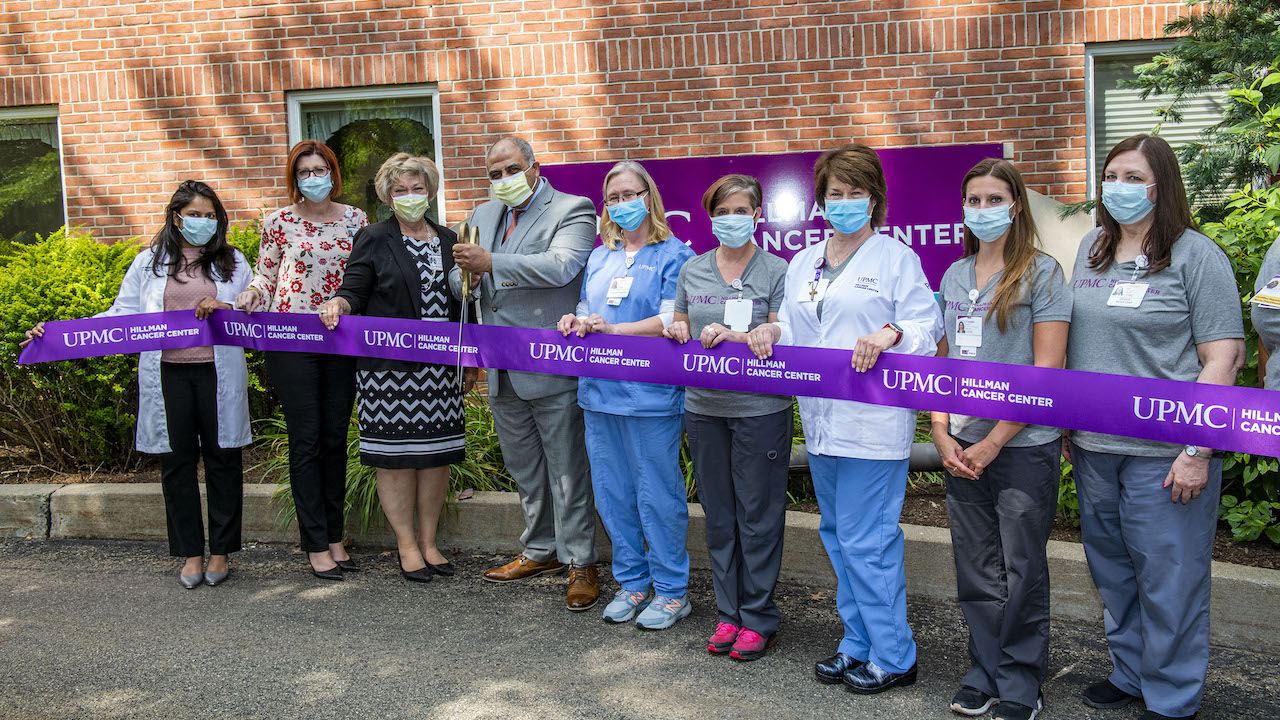 “UPMC Hillman Cancer Center stands for unsurpassed excellence in cancer care and we’re proud to now welcome the team in Coudersport to the family,” said Abdalla Sholi, MD, medical director of Medical Oncology, UPMC Hillman Cancer Centers in North Central Pa. “UPMC Hillman Cancer Center is internationally recognized for our leadership in the prevention, detection, diagnosis, and treatment of cancer. As the preeminent institution in Pennsylvania for the delivery of cancer care, we’re able to offer technology and therapies that are leaps and bounds beyond anything the many physicians who came before us could ever imagine. We’re making tomorrow’s cancer care accessible close to home right here in Coudersport.”

“As part of the Hillman network, we’re taking the battle against cancer to the next level, connecting patients locally to renowned cancer specialists, cutting-edge research in immunotherapy, more than 440 leading-edge clinical trials, and the most advanced technology for cancer detection and treatment,” said Janie Hilfiger, president of UPMC Cole and UPMC Wellsboro. “We’re not only ensuring the highest quality services are here today, but we’re also positioning our centers for reducing the burden of cancer into the future.”

About UPMC
A $23 billion health care provider and insurer, Pittsburgh-based UPMC is inventing new models of patient-centered, cost-effective, accountable care. The largest nongovernmental employer in Pennsylvania, UPMC integrates 92,000 employees, 40 hospitals, 800 doctors’ offices and outpatient sites, and a more than 4 million-member Insurance Services Division, the largest medical insurer in western Pennsylvania. In the most recent fiscal year, UPMC contributed $1.7 billion in benefits to its communities, including more care to the region’s most vulnerable citizens than any other health care institution, and paid more than $900 million in federal, state, and local taxes. Working in close collaboration with the University of Pittsburgh Schools of the Health Sciences, UPMC shares its clinical, managerial, and technological skills worldwide through its innovation and commercialization arm, UPMC Enterprises, and through UPMC International. U.S. News consistently ranks UPMC Presbyterian Shadyside among the nation’s best hospitals in many specialties and ranks UPMC Children’s Hospital of Pittsburgh on its Honor Roll of America’s Best Children’s Hospitals. For more information, go to UPMC.com.