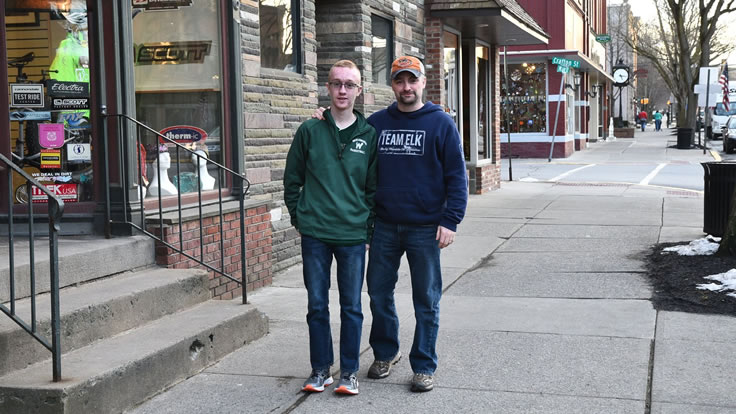 On January 2nd, Dylan Hunt, while visiting a family friend in the hospital, became lightheaded and passed out. He landed flat on the floor breaking his chin and jaw bones on both sides. Doctors performed surgery on Dylan inserting two plates in his chin and then wired his mouth shut, so his jaw could heal.

Dylan’s jaw remained wired shut for two weeks. During that time he was on pureed foods and ate through a straw. Dylan also made the most of his liquid food diet by drinking lots of milkshakes. :) Once the wires came off he graduated to soft foods and more variety in his diet since it didn’t have to be through a straw.

Now, over two months later Dylan is starting to eat and chew more. He has a jaw mobilizer he uses a couple of times a day to help the range of motion when opening his mouth.

During his time down Dylan has received lots of cards and support from his family, friends and the community. The local sports teams that Dylan helps manage have also reached out to him. That meant a lot to Dylan, and he is truly grateful.

Dylan would like to send special thanks to his Grandma Harling for staying with him during the day, Coach Outman, Coach Kriner, and Rob Repard for stopping to see him while at home.

So, things are much better and looking up for Mr. Hunt. We are so glad for answered prayers and that he is doing so well. Thanks Dylan for all the good things you have done to help our sports teams over the years. We wish you well and know that the best is yet to come.