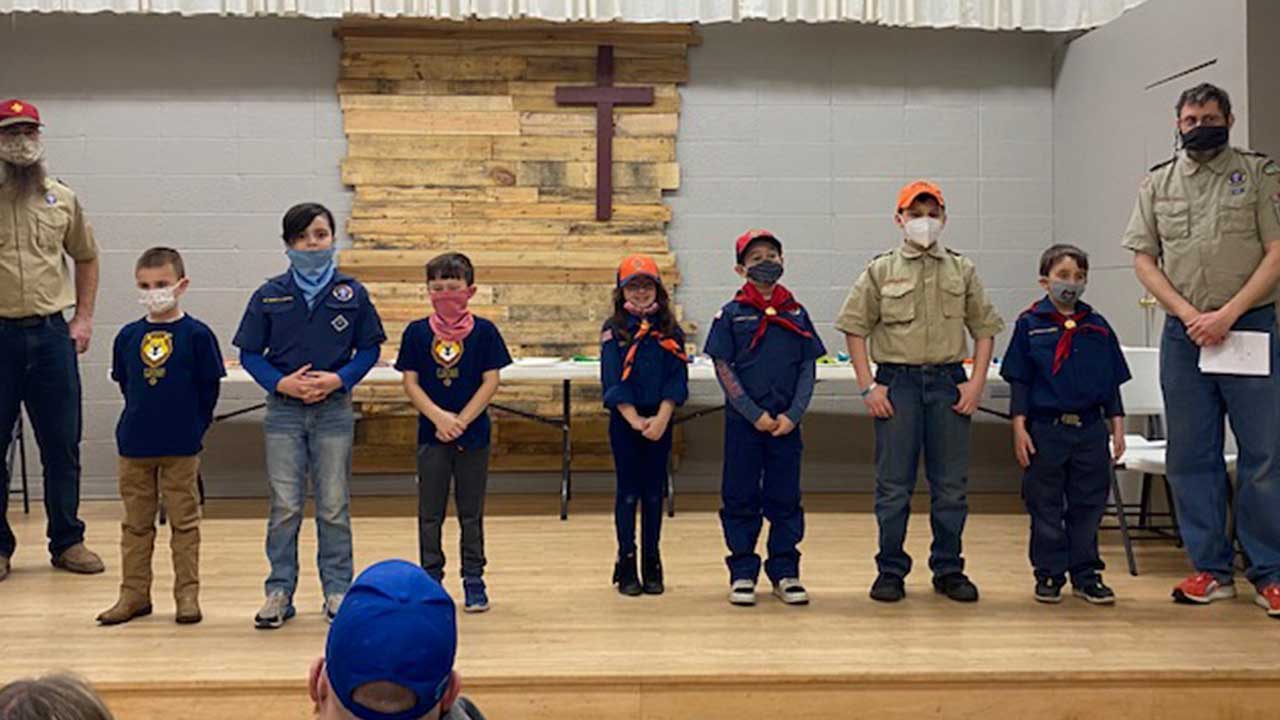 Saturday, February 19th was a great morning for the 2022 Pinewood Derby. Twenty-seven Cub Scouts competed in the annual event held at Bradley Hall Speedway, along with a separate race for Outlaws (family and friends) with 8 participants. 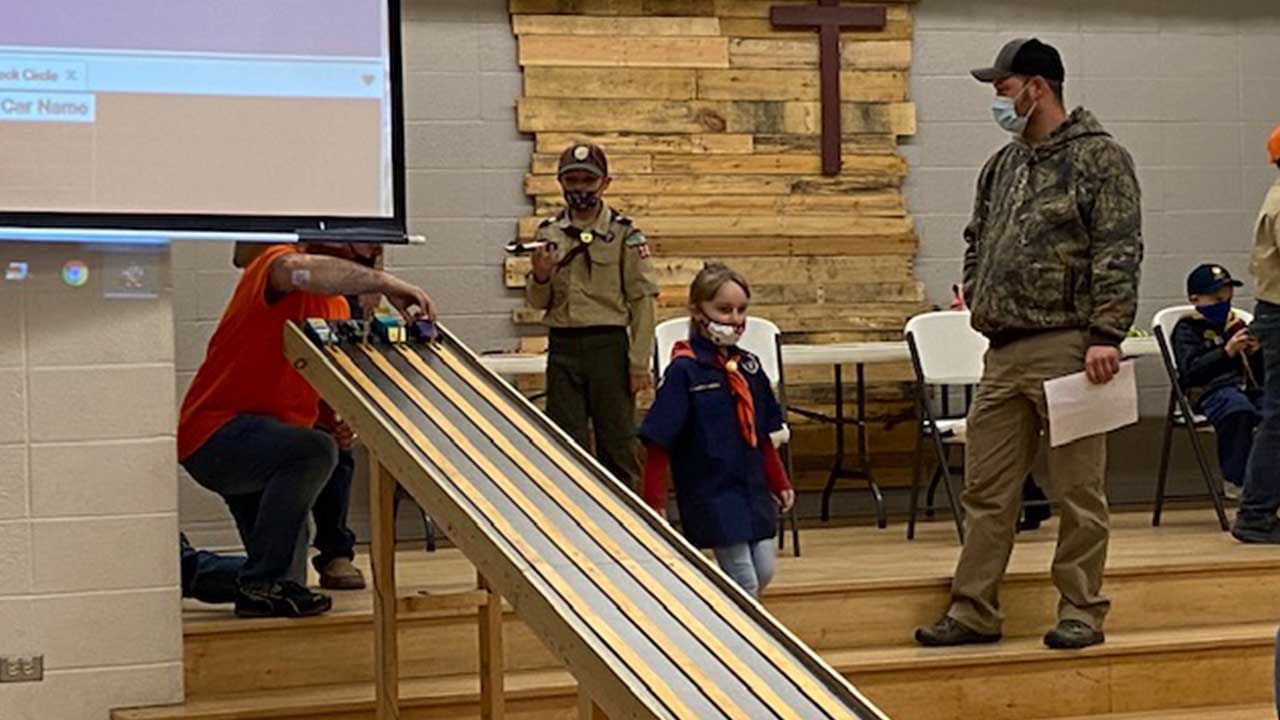 The girls and boys had to bring in their cars Friday night, February 18th for weigh-ins, inspection and registration of their cars. They were required to be a certain weight, with all four tires touching the surface. They cannot run their cars on the track prior to the race. 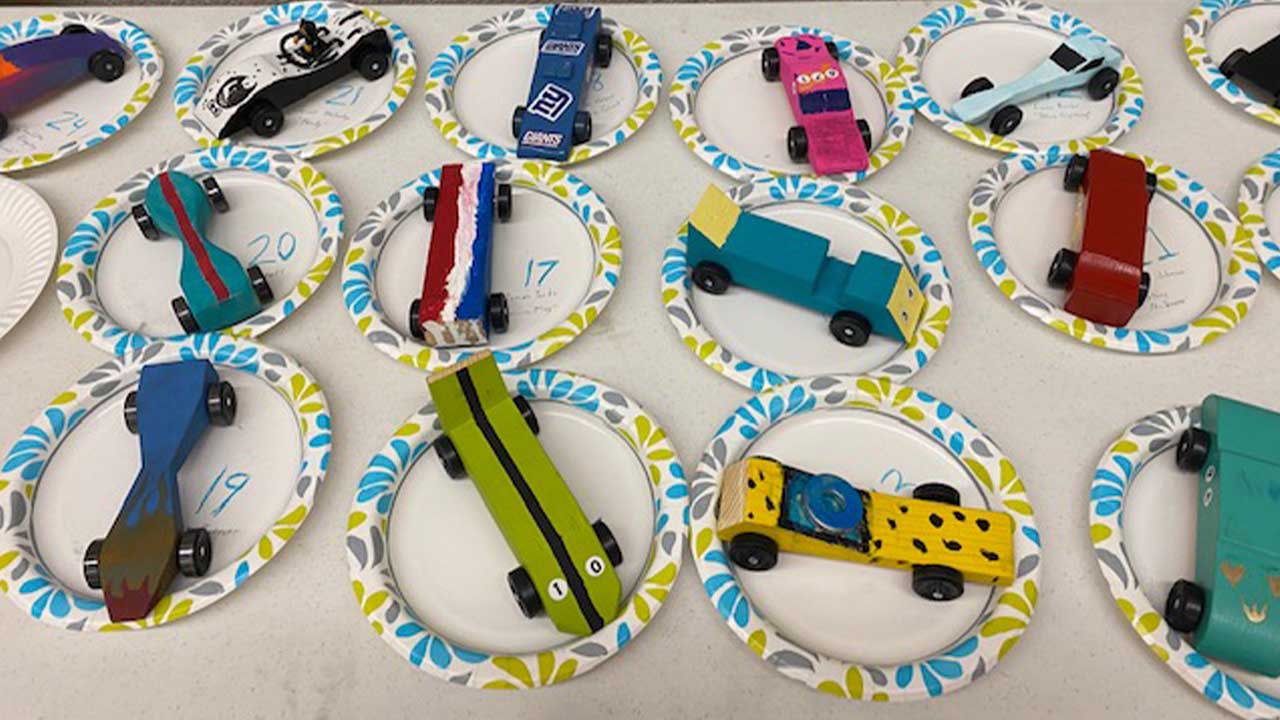 The wooden track was constructed by a group of dads several years ago. It has 4 lanes. Each car hits a heat in each lane so there are 27 heats to the race. The track is connected to a computer program, marking when they start and cross the finish line. It’s a pretty sophisticated system at Bradley Hall Speedway. 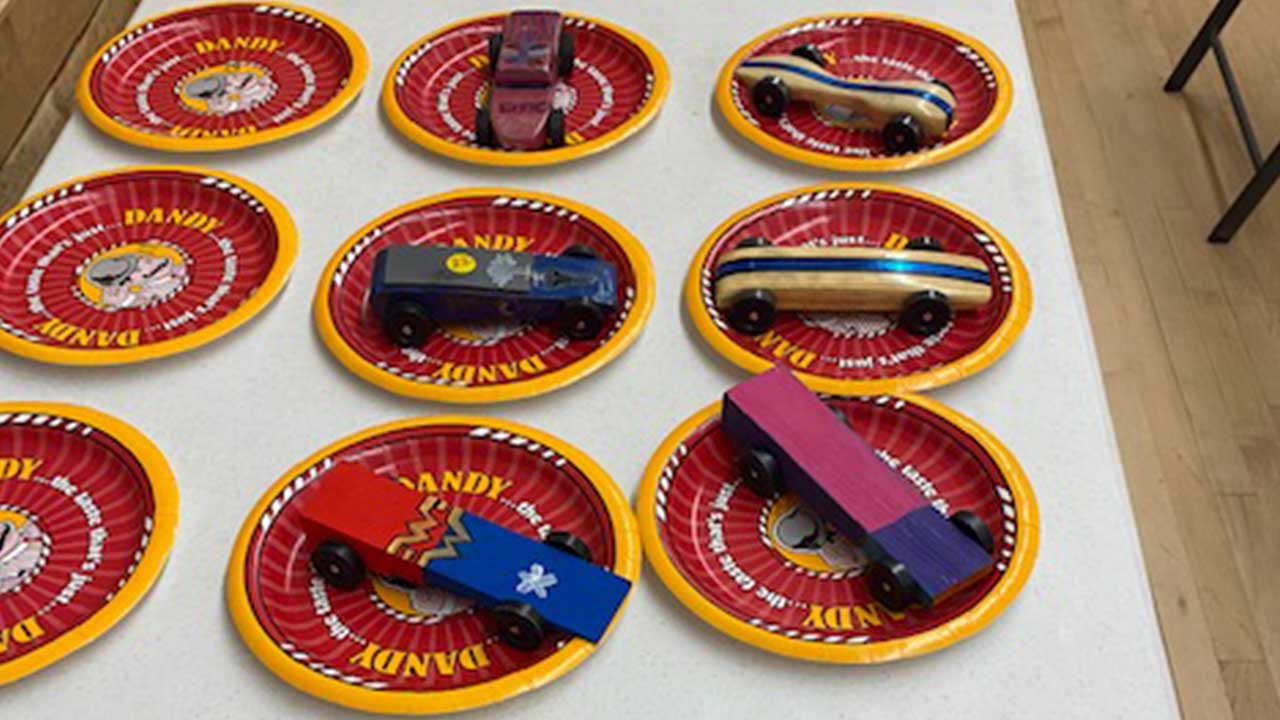 The day started with Cub Master, Zachary Gates welcoming everyone to the track at Bradley Hall. They had a grandstand for the fans to sit in just like you were at the Nascar Daytona 500, which coincidentally was the day after the derby. The pledge of allegiance was led by the Cub Master and followed by the Cub Scout oath. 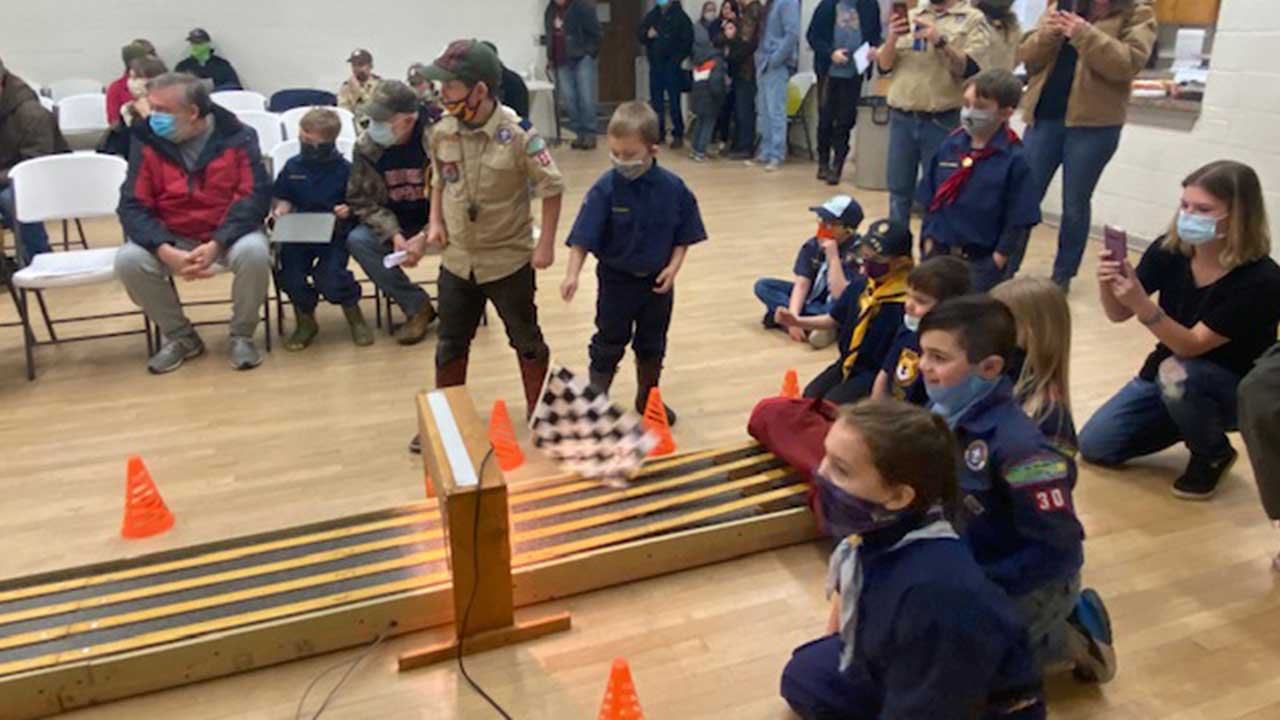 The grandstands were full of parents, grandparents, siblings and friends alike. Cub Master, Zachary Gates told the participants to start their engines to get ready to race. It was a great day of racing!

Once all 27 heats were run, an intermission was held as they tallied the drivers and moved onto the Outlaw race. I was 1 of 8 participants in this race, I built my own pink truck several years ago when my boys were involved with this pack. Let’s just say the competition was stiff for the Outlaws. I did finish 4th behind several very good competitors.

After the Outlaw race finished, Cub Master, Zachary announced the Top 7 finalists that would come back out and compete for the top spots.

Once the announcement was made we started the 7 heat race for the Championship. It was 7 great heats with the best of the best. Once all 7 heats were run, Cub Master, Zachary compiled the data and announced the winners.

Reed was very excited he has been the track Champion for the 2nd year in a row at Bradley Hall Speedway. It was a great day had by all race fans.
Usually, the top qualifying racers would move onto the District Pinewood Derby, however since Covid-19 Pandemic began they have done away with the District Pinewood Derby. Pack 30 will continue to hold its annual event despite the district doing away with their derby.

If you would like more information about Pack 30 Cub Scouts, Columbia Cross Roads, PA reach out to Cub Master, Zachary Gates at 570-529-6028 or message the Facebook page Pack 30 – Columbia Cross Rds.