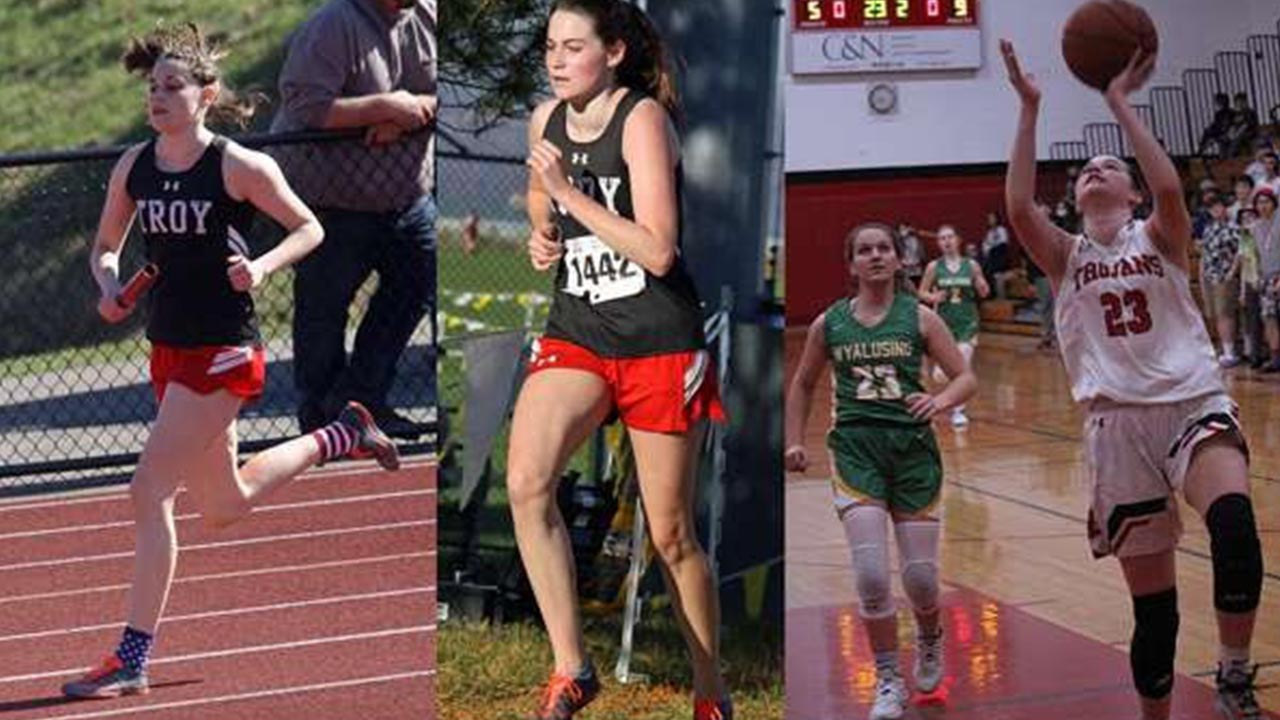 Another area athlete is battling cancer again, and, once again, an area community is stepping up.

Troy’s Sydney Taylor, a 2022 graduate, was recently diagnosed with Hodgkins Lymphoma. She’s had to put off her life to get treatment as she battles this illness.

Taylor was a 3-sport star for Troy, earning letters in cross-country, basketball, and track and field. If things went according to play, she would be at Lycoming College right now.

However, things didn’t go as planned.

“About a week after track season ended I started going to the gym again, and I realized I had a lump under my right arm,” explained Taylor. “I thought I might have pulled a muscle or something, but it never went away. It didn’t bother me that much, so I wasn’t too concerned until about the first week in August, I noticed another lump had formed on my neck. My mom decided I should go to the doctor to get it checked out that week.”

Her doctor noticed right away that her lymph nodes were swollen, and the rest of the week she got blood work, an ultrasound, and a CT Scan. After the CT the doctors were sure it was lymphoma, so a biopsy was done to learn that it was Hodgkins’ Lymphoma.

“The final PET scan that I got showed my full diagnoses was Stage 4 Hodgkins’ Lymphoma,” explained Taylor.

A cancer diagnosis comes with quite a shock for anybody, but for a younger person who is quite active, it can be hard to take.

“I was honestly in disbelief,” Taylor said. “At first I kind of just broke down because I was supposed to leave for college the next week, and my mom said I wouldn’t be able to go this semester. All of my friends had already left for college, and I was excited to go myself, so that was one of the hardest parts for me.”

It took Taylor a while to come to terms of what was happening, and what she was going to have to go through.

“It didn’t really process that I truly had it until I went to my first treatment, and everything really started happening,” she said.

The treatments for Hodgkin’s Lymphoma usually last about six months, and the side effects can be as difficult as they come: fatigue, nausea and vomiting, and an increased chance of infection are just a few.

She’s taking it day by and day, and is eager to get through these treatments so she can get back on track.

“It definitely hasn’t been easy,” remarked Taylor. “I never really understood how overwhelming and scary having cancer was, and it is something that you really can’t prepare for. I have been so fortunate to have so many people helping me through this process, so it has helped me stay positive. My family, especially, has been so supportive, and I truly could not do this without them.”

One positive from all this is that she’s been around her family more.

“I used to be running around constantly with school and sports, so it has been nice to stay at home with them,” Taylor said. “I have also tried to go to outdoor sports when I have been able to.”

T-shirts can be ordered at Thompson Sports & Apparel or online at sydney-taylor-23.spiritsale.com.

“I am so blessed to be apart of such an amazing community,” Taylor said. “It has meant so much to me to see everyone supporting me and wearing the (Syd Squad) bracelets. I truly can’t express how grateful I am to have so many supportive and kind people in my life.”