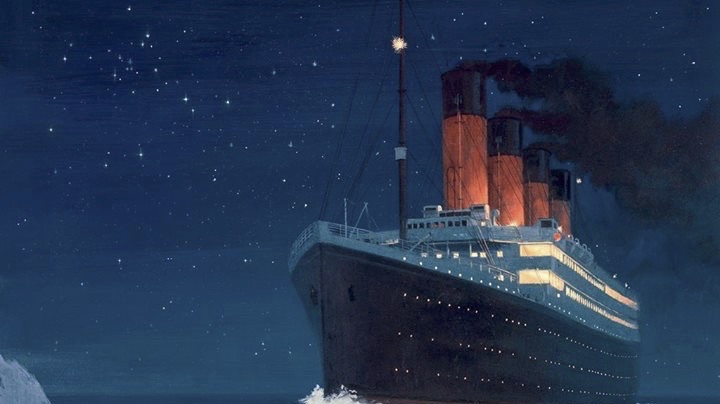 Titanic: the Musical sets sail at the Arcadia Theatre

Wellsboro, PA – In anticipation of the 105th anniversary of the sinking of the famous luxury liner, the Arcadia Theatre presents “Titanic, The Musical” on September 30, October 1 and October 2. Tickets are $18 and $12 and can be reserved by calling the box office, (570) 724-9371. Winner of five Tony Awards, including Best Musical “Titanic, The Musical” combines the story of one of 20th century’s greatest tragedies with exceptional music, visual images of the actual Titanic, and period costuming in a powerfully moving theatrical production.

Grand in scale and featuring an ensemble cast of twenty-two performers, the audience is introduced to the real-life individuals who played an integral part in the fateful voyage – the officers, crew and passengers – from all classes. Whether they traveled first class, second class or steerage, all the Titanic passengers stepped on board the massive ship with the hope and desire to accomplish their life’s dreams. As the audience becomes acquainted with the various individuals on board, they gain an intimate insight into human vulnerability in the face of disaster.

The show is directed by Peter Davis, who is celebrating his 20th year as manager of the Arcadia Theatre. “The thing that really grabs me about this musical is the melding of the sense of hope before the iceberg and immense loss of it after. It’s not like the movie where you follow two characters through the whole thing – it’s like little impressionist paintings of ideas of what may have happened – or may not have happened,” says Davis. “What I like about that is it lends itself to being abstract, and to being like a memory and to feeling dreamlike.”

The beautiful music throughout is stirring and monumental, and audiences will soon discover why the show won the Tony for Best Original Score (in addition to Best Musical, Best Book, Best Scenic Design, and Best Orchestrations). The talented cast of 22 will transport you back to 1912 and lend their exceptional voices to a story that is a famous part of our history.

In conjunction with the upcoming Titanic anniversary, the Arcadia Theatre is celebrating its 95th birthday this year and the 15th anniversary of presenting live productions.