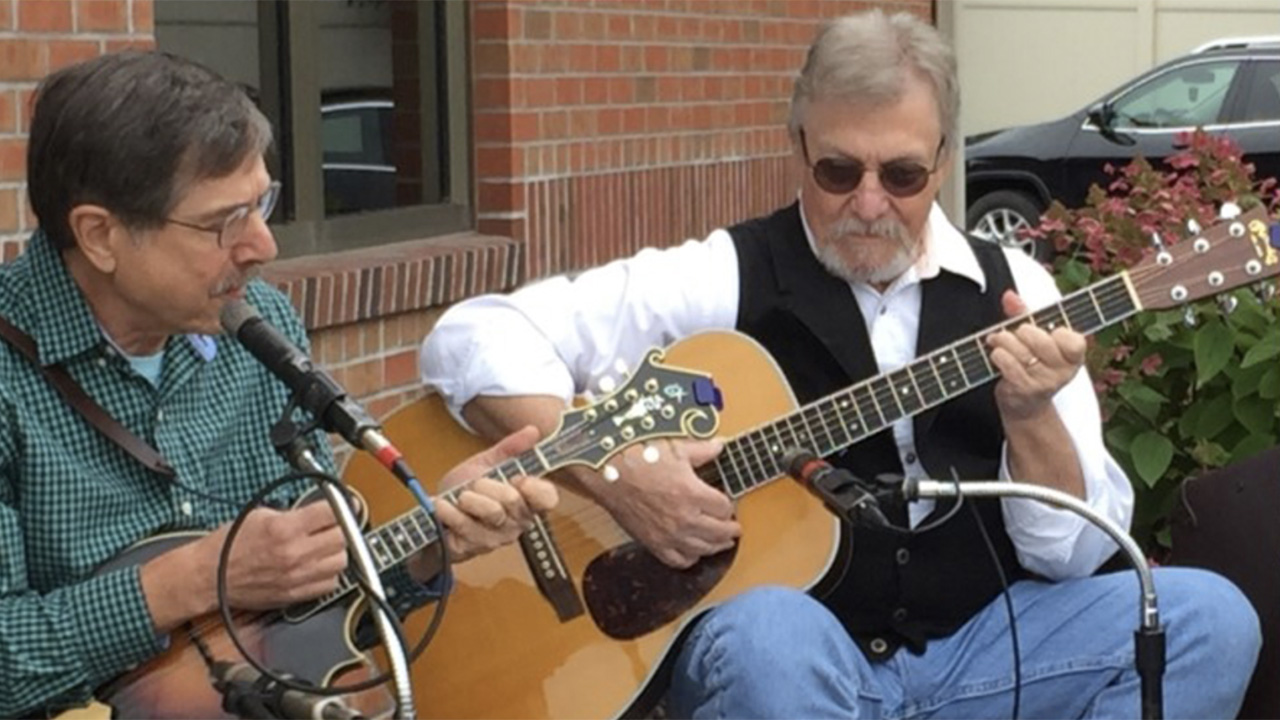 Take2 To Perform at Deane Center

At 6:15 p.m. this Friday, July 30, Take2 with Steve Ziemak on acoustic guitar and vocals and Bob Rubin on mandolin and vocals will perform a mix of American standards and originals on the outdoor stage on the Central Avenue side of the Deane Center for the Performing Arts at 104 Main Street in Wellsboro. The concert is free. Donations are appreciated.

If weather becomes a problem, this concert will be moved into the Deane Center’s Coolidge Theatre.

Take2’s performance this Friday will include songs from ‘Branching Out’, their new CD, featuring singing by Ziemak on “Memphis” and “Nashville Cats” and by Rubin on “Somebody Stole my Gal” with harmonies sprinkled throughout.

For the past 57 years Rubin and Ziemak have been performing music but usually not together. In the early 1960s when Rubin was 12 and Ziemak was 16 and they were growing up as neighbors in Levittown, Pa., they did perform together. Then, they went their separate ways.

Occasionally, Rubin and Ziemak performed together through their work with different bands and for specific music projects.

In 2014 that changed when they formed Take2 and began performing as a duo, playing songs from Stephen Foster to the Beatles to Linda Ronstadt’s “Blue Bayou.”

Other free concerts being sponsored by the Deane Center for the Performing Arts and the Wellsboro Community Concert Association on Fridays at 6:15 p.m. are: Stone Eater on Aug. 6; Drowsy Maggie on Aug. 13; Mystery Trayne on Aug. 20; the Gabe Stillman Band on Aug. 27 and Marc Berger and Ride on Sept. 10.

For more information about the free Friday concert series, call the Deane Center at (570) 724-6220, email office@deanecenter.com or visit deanecenter.com.