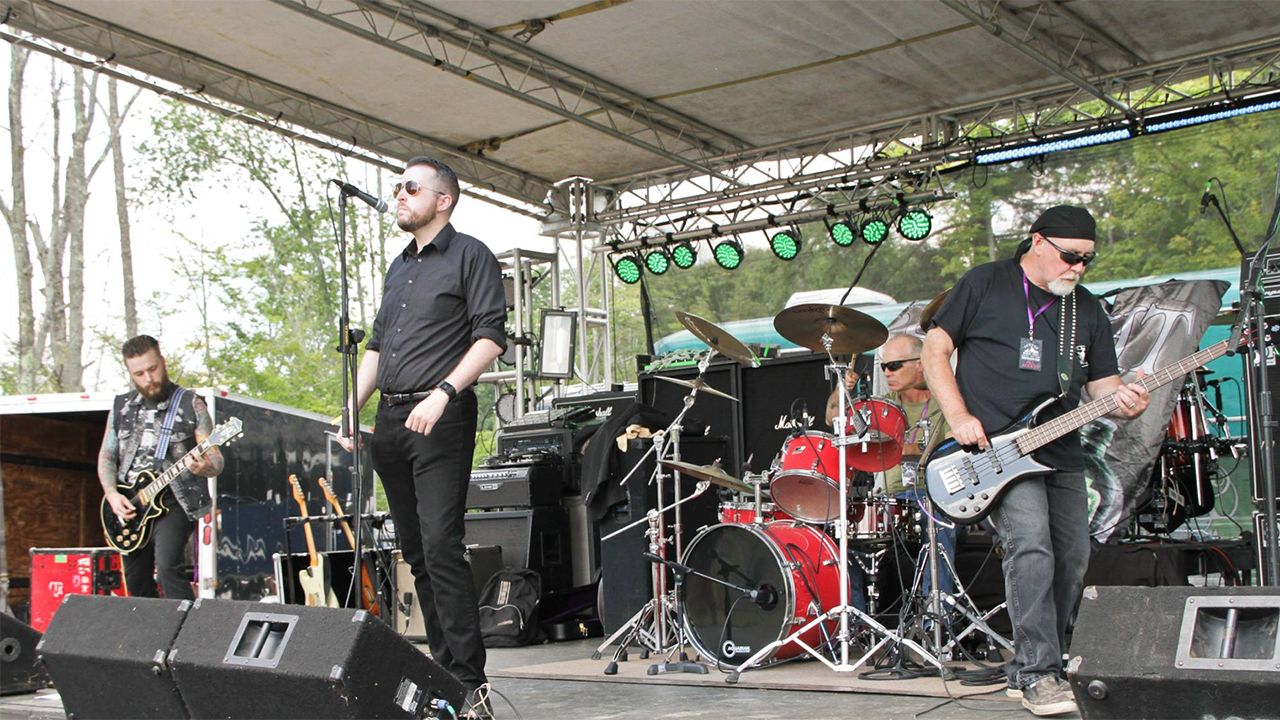 Photo provided
Shown are the members of the Stone Eater band.

At 6:15 p.m. this Friday, August 6, the Stone Eater band will perform on the outdoor stage on the Central Avenue side of the Deane Center for the Performing Arts at 104 Main Street in Wellsboro as part of the free outdoor concert series. Donations are appreciated.

Based in Wellsboro, the band includes: lead vocalist Brandon Lusk; Dave Bush on drums; and backing vocalists Eric Deming on electric guitar and Dennis Gee on bass guitar. Lusk, Gee and Bush all live in Wellsboro. Deming is from Tioga.

“Our sound fits comfortably under the ‘Rock’ umbrella. A lot of it you can dance to, some of it you can bang your head to,” said Lusk. The catalog of music they play ranges from some heavier artists such as Tool, Judas Priest and Iron Maiden, to less aggressive artists such as Live and U2.

“We throw in a few pop numbers from bands like Tommy Tutone and a smattering of 90s rock from Alice in Chains, Soundgarden, and the Red Hot Chili Peppers. We also have been venturing into playing some original music,” he said.

“We chose the name Stone Eater from a list of names that we came up with,” said Lusk. “It seemed like the one that fit us the best. There’s no grand meaning behind it, but it does usually get a chuckle out of people when they hear it the first time so hopefully it is memorable.”

The band was formed in 2016. “Eric, Dennis, and Dave were playing music together to see if they enjoyed it. I happened to hear that they were looking for a singer and asked if I could try out. It was a good fit,” said Lusk.

“We played our first show in the summer of 2017. Since then, we have been performing around this area and into Upstate New York at different bars, parties, and events.

Other free concerts being sponsored by the Deane Center for the Performing Arts and the Wellsboro Community Concert Association on Fridays at 6:15 p.m. are: Drowsy Maggie on Aug. 13; Mystery Trayne on Aug. 20; the Gabe Stillman Band on Aug. 27 and Marc Berger and Ride on Sept. 10.

For more information about the free Friday concert series, call the Deane Center at (570) 724-6220, email office@deanecenter.com or visit deanecenter.com.