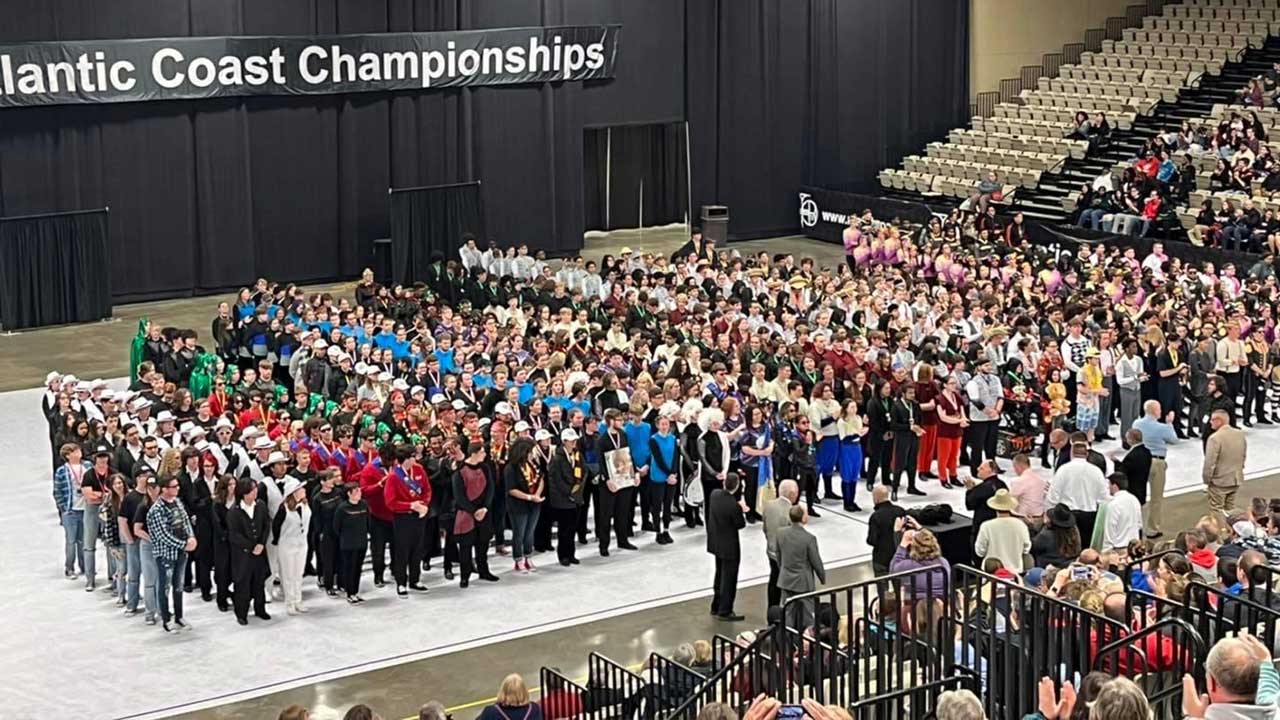 The Southern Tioga Marching Band’s Indoor Ensembles traveled to Wildwood, NJ this weekend (April 27-May 1) to participate in the 50th Annual Tournament of Bands Indoor Atlantic Coast Championships in the Wildwood Convention Center. Competitions were held in various divisions throughout the four-day event, and Southern Tioga attended to compete in the Color Guard and Percussion categories for the first time in eight years. 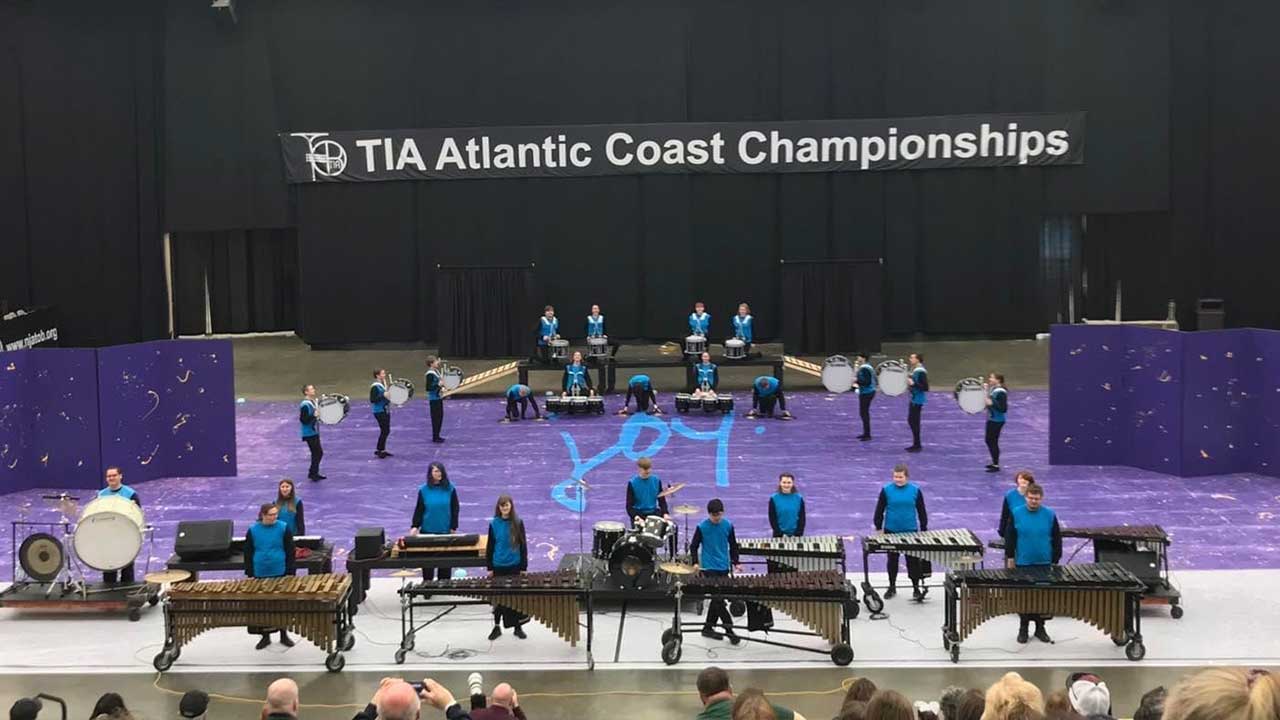 The percussion ensemble (“indoor drumline”) was re-formed in 2020, but due to the pandemic has not been able to compete until this year. They are directed by Chris Medycki, Carol Ann McCloy and Jon Ruth. The percussion performed in prelims Thursday with seven schools in their class and earned a score of 78.30 which placed them in the top 5 drumlines in their class, advancing them to “finals” on Saturday. In Saturday’s finals event, they put on an even better performance, earning a score of 81.60 and 5th place. Senior Member Naomi Ruth also received a $1000 scholarship from Tournament, which was presented at percussion awards.

The Southern Tioga Indoor Color Guard, under the direction of Larry Trimble, is in their first year back after a 10 year hiatus. Out of 26 color guards in their class, Southern Tioga earned a score of 71.23, earning them a spot in the top 20 and moving them on to semi-finals. They also improved their performance in semi-finals Friday, earning a score of 71.31 and finishing in 19th place. 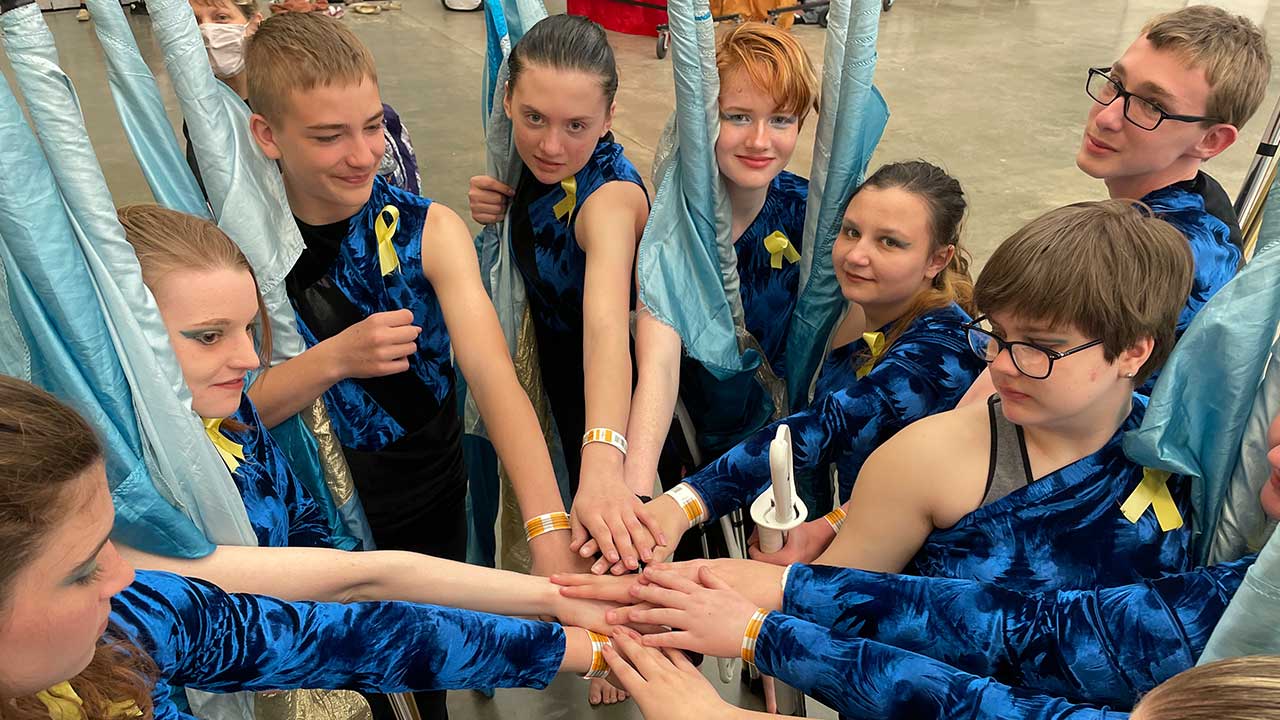 Both Southern Tioga indoor performance units exceeded expectations for their first time back to championships, and are looking forward to great things in the future! The marching band is currently getting started for their spring season – look for them in the Blossburg Coal Festival parade and the Wellsboro Laurel Festival Parade, as well as at football games and area marching band festivals this fall. Mark your calendars for October 1 – the Tioga County Tournament of Bands will feature bands from over the region! Follow the Southern Tioga Marching Band on facebook for more information and updates.