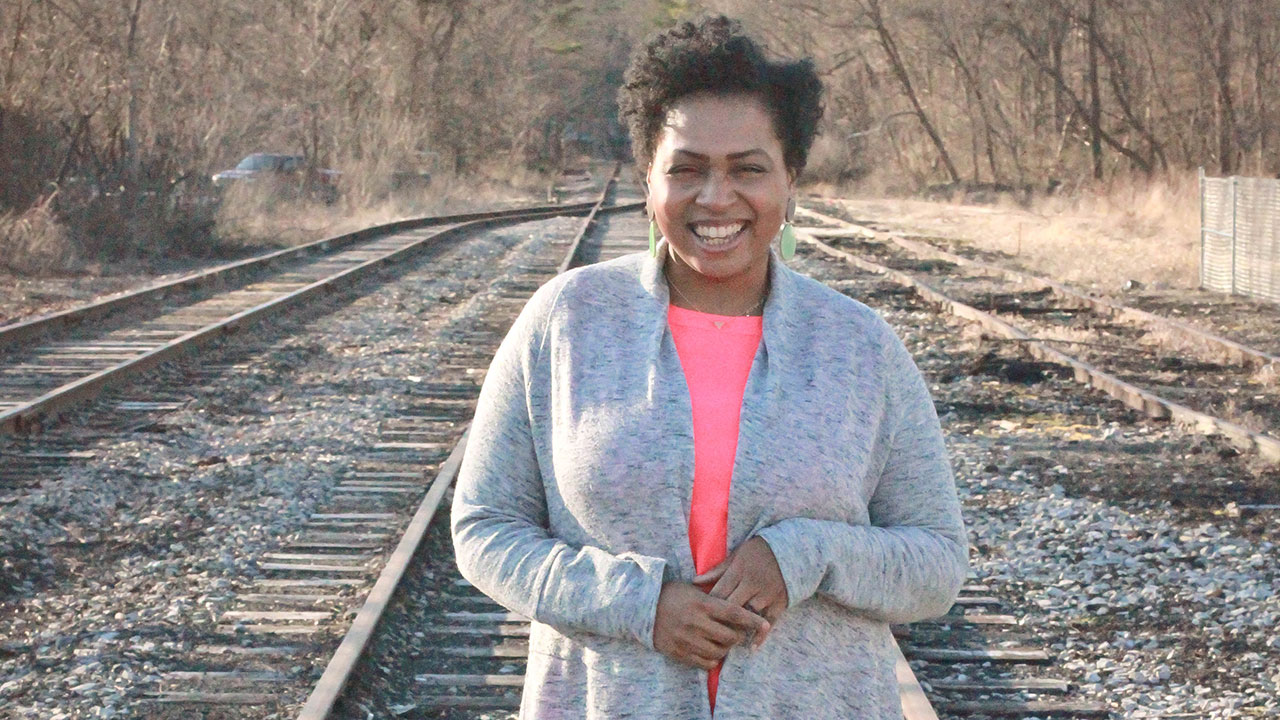 Photo provided
A wife, mother of three and founder, director and CEO of Rewritten of Tioga County is sharing her personal story during the Martin Luther King, Jr. Day celebration at Wellsboro.

At 7 p.m. this coming Monday, Jan. 16, Martin Luther King, Jr. Day, six choral groups, their accompanists and audience members will join in celebrating King’s legacy and mission at the Wellsboro Area High School Auditorium at 227 Nichols Street in the Wellsboro Area School District Administrative Building. Donations will be accepted at the door.

Ashley M. Wilson of Wellsboro, the founder, director and CEO of Rewritten of Tioga County, a nonprofit organization, is an advocate for justice and has dedicated her life’s work to helping others rise above difficult circumstances. She will share her personal story Monday night.

Molly Cary, accompanied by a pianist, will sing “Beautiful City” (Godspell) with words and music by Stephen Swartz.

The choral groups will also sing individual selections. The Hamilton-Gibson Children and Youth Ensemble, directed by Thomas Putnam with accompaniment by Gary Citro will perform “Sisi Ni Moja” with words and music by Jacob Narverud; “If Not Now, When?” with words by Pirkei Avot and music by Arielle and Jerome Korman; and “Song for Justice” with text by Charles Anthony Silvestri and music by Kim Andre Arnesen.

Performing “Offertory” with text from Micah 6:6-8 and music by John Ness Beck and “My Feet Are Tired, But My Soul is Resting” with words and music by Frances Smith Thomas and arranged by Shawn Kirchner is the First Presbyterian Church Choir, directed and accompanied by Marian Miller and singing “Inscription of Hope” by Z. Randall Stroop; “The Dream Keeper” by Rollo Dillworth, text from “The Dream Keeper” by Langston Hughes is the
Rock L. Butler Middle School Seventh and Eighth Grade Chorus, directed by Morgan Shaffer with accompaniment by Ashley Christian, a student.

Speakers Barbara Biddison, Gordie Dunlap, Kendra Moises, Kathryn Sheneman and John Bondhus will individually introduce each song with insights about them and then join together to present “The Radical Legacy of Dr. King.”

Dr. King was born on Jan. 15, 1929. An American Baptist minister, he was a nonviolent activist who became the most visible spokesperson and leader in the Civil Rights Movement from December 1955 through April 1968.

He used a combination of impassioned speeches and nonviolent protests to fight segregation. In the struggle for social justice to gain equal rights under United States law, significant civil-rights advances for African Americans were achieved.

Dr. King’s assassination in Memphis, Tennessee on April 4, 1968 led to an outpouring of anger among black Americans, as well as a period of national mourning that helped speed the way for an equal housing bill, the last significant legislative achievement of the civil rights era.

The call for a national holiday to honor Dr. King’s legacy began soon after his assassination. U.S. Rep. John Conyers (D-MI) introduced legislation to establish the holiday just four days after Dr. King was killed, but Congress took no action on the bill.

In the years that followed, millions of people signed petitions in support of the holiday. His wife, Coretta Scott King testified before Congress multiple times, calling for a federally recognized day to honor the life and work of her late husband.

In 1983, both houses of Congress passed the bill to establish the holiday and President Reagan signed it into law on Nov. 20 of that year. Martin Luther King, Jr. Day was first celebrated in 1986. This federal holiday has been observed on the third Monday of January each year since to mark King’s birthday, his life and achievements.

Bev McKnight is sponsoring this event.