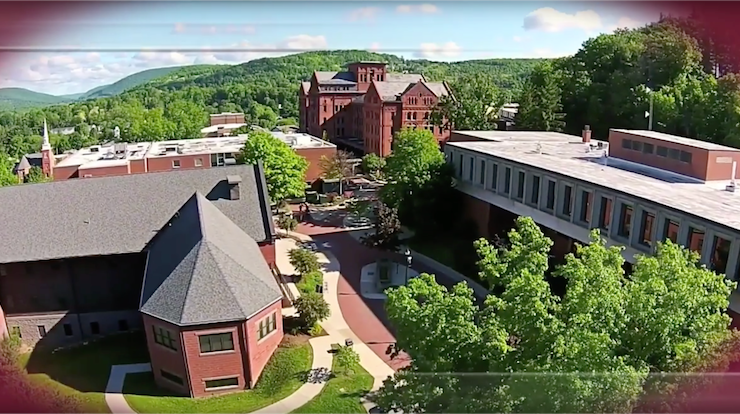 MU: More than Just a College

Tioga County has much to be proud of, but certainly at or near the top of the list is Mansfield University (MU). This is the only university in the county and is one of 14 universities comprising the State System of Higher Education (PASSHE), which is responsible for providing a top-notch education to hundreds of thousands of students in the Commonwealth, across the nation and around the world.

MU has an annual economic impact of almost $12 million on the Commonwealth and is the fifth-largest employer in Tioga County – putting to work more than 400 individuals. Nearly 88 percent of MU students are Pennsylvania residents. More than 47 percent of MU students commute, taking advantage of the university’s location to acquire an exceptional education while keeping costs manageable. It is truly a community asset that gives back to the region and state in spades.

As the state representative whose district encompasses Mansfield, I have a vested interest in the future of the university and want it to succeed. However, in recent years, all but one of the universities within PASSHE have been experiencing declining enrollment to the point that the system is in financial distress. To that end, the PASSHE Board of Governors, of which I am a member, has engaged a consultant to see what recommendations there may be to improve PASSHE schools and increase enrollment.

MU President Fran Hendricks said, “We welcome the State System study. It provides each of us the opportunity to tell the Mansfield story, and share why Mansfield is a difference-maker in the lives of its students and the nation they will serve.”

In my opinion, Mansfield has already proven itself to be a university open to change and aggressively works to make its courses and degree programs appealing to the students it serves. Many of MU’s programs hold national accreditation and prominence. Through partnerships with Cornell and Penn, the school offers students in biology and chemistry the opportunity to do in-depth research in areas of high national interest. The geosciences department was the first in the world to use a 3D printer to map terrain, and the radiology and respiratory therapy programs area ranked among the best nationally. Meanwhile, the university’s Police Academy sends many students not only into fields of law enforcement, but also the military. These are the types of achievements that attract and retain students.

It is also important to remember that the school does not only offer an exceptional academic program, but it offers it at an affordable price for most students, unlike many private colleges. In fact, according to the National Center for Education Statistics, the average cost of an undergraduate degree at a private higher education institution in Pennsylvania in the 2015-16 academic year was $24,290, while an undergraduate in-state tuition rate at a PASSHE institution was $6,820. Couple the cost with smaller classroom sizes and student-to-teacher ratios, and students who attend MU are clearly getting a great educational experience they can afford.

I am eager to hear what recommendations are suggested to the board of governors as a means to improve the operations of its university system. Just like Mansfield, the board is also looking for ways in which to operate and appeal to more students.

In my mind, MU is a leader among the state university system, as I have witnessed firsthand the impact MU has on the students who attend there, the staff who work there and the community which relies on the university as an economic generator.

I have been, and will continue to be, a passionate supporter of Mansfield University and all the outstanding schools that are a part of PASSHE. PASSHE continues to be committed to offering high-quality, affordable educational opportunities to students and will do everything possible to keep its institutions viable. To help insure success for MU, I encourage everyone to consider MU for their higher educational needs as a great investment that will lead to even greater career opportunities.