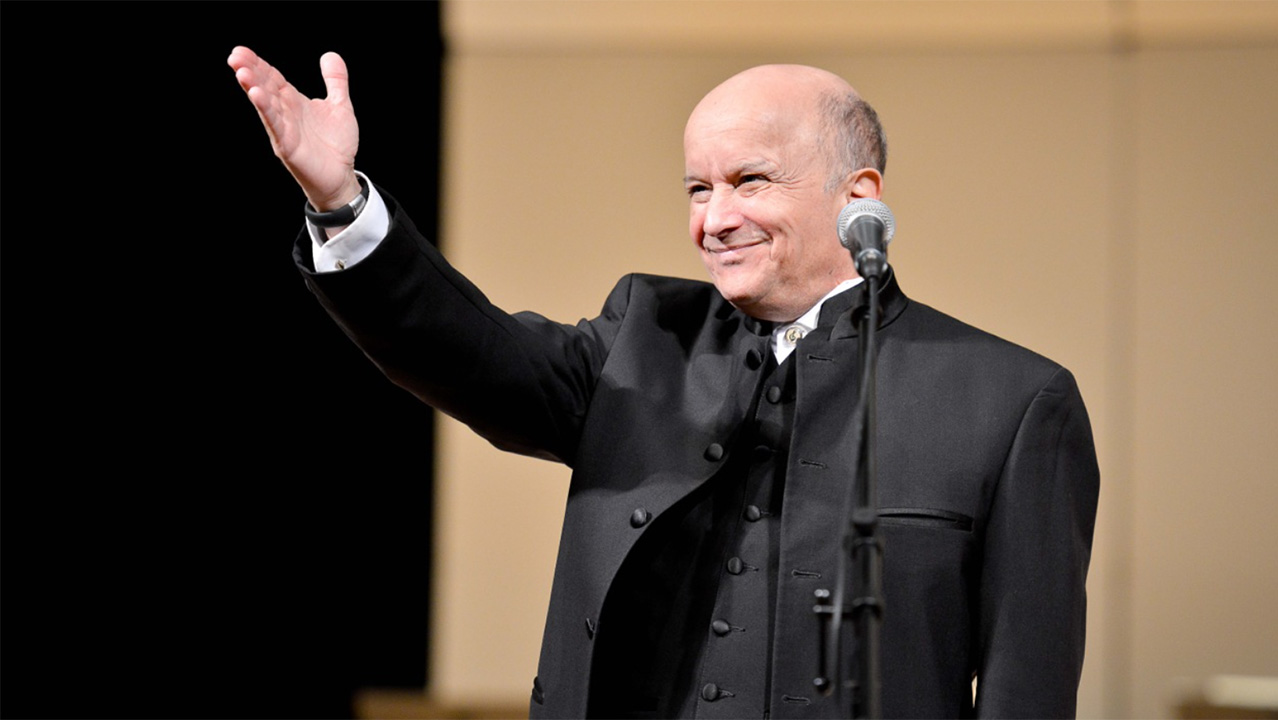 Photo provided
Stephen Gunzenhauser (shown) is the founder and producer of the Endless Mountain Music Festival and will be conducting the orchestra in the last three performances of the 2021 Season.

Maestro Stephen Gunzenhauser and the Festival Orchestra will close the 2021 Season of the Endless Mountain Music Festival with performances at Mansfield University’s Steadman Theatre this Friday and Saturday, July 30 and 31 and a free concert at the Wellsboro Johnston Airport this Sunday, August 1.

Friday night at 7 p.m., the Festival Orchestra will play French composer Édouard Lalo’s opera in three acts about the mythical city of Ys; Mexican composer Arturo Márquez’s “Landscapes under the sign of the Cosmos” about astrological star signs with inventive use of Latin rhythm, colorful orchestration, and good melodies; and Rachmaninoff’s “Piano Concerto No. 3” featuring pianist Wael Farouk. Praised as a “formidable and magnificent pianist” by the New York Concert Review, Dr. Farouk has had an extensive performing career. He has performed on five continents in such venues as the White Hall in St. Petersburg, Schumann’s house in Leipzig, and Weill Recital Hall at Carnegie Hall in New York, where his solo debut performance in 2013 was described as “absolutely masterful.”

The 15th Season will end on Sunday, August 1 at 2:30 p.m. with a free Pops Concert being given by the Festival Orchestra in memory of Robert N. Dunham at the Wellsboro Johnston Airport at 112 Runway Road near Wellsboro. This concert will be held rain or shine. Those who attend should bring their own chairs. Featured will be selections from Broadway musicals, Hollywood films and popular television shows in the airport hanger. Among them are: “Downton Abbey Suite”, “Magic of Motown”, “The Godfather: A Symphonic Portrait”, Marquez’s “Conga of the New Fire”, Sousa’s “The Stars and Stripes Forever” and Tchaikovsky’s “1812 Overture.”

Youth, 20 and under, are admitted free to all Endless Mountain Musical Festival concerts.

To purchase tickets for the Friday and Saturday night concerts or for more information about them or the free Pops Concert on Sunday afternoon, call the Endless Mountain Music Festival Box Office at (570) 787-7800 or visit www.endlessmountain.net. Tickets will also be sold at the door on July 30 and 31.