An Evening With The Stars 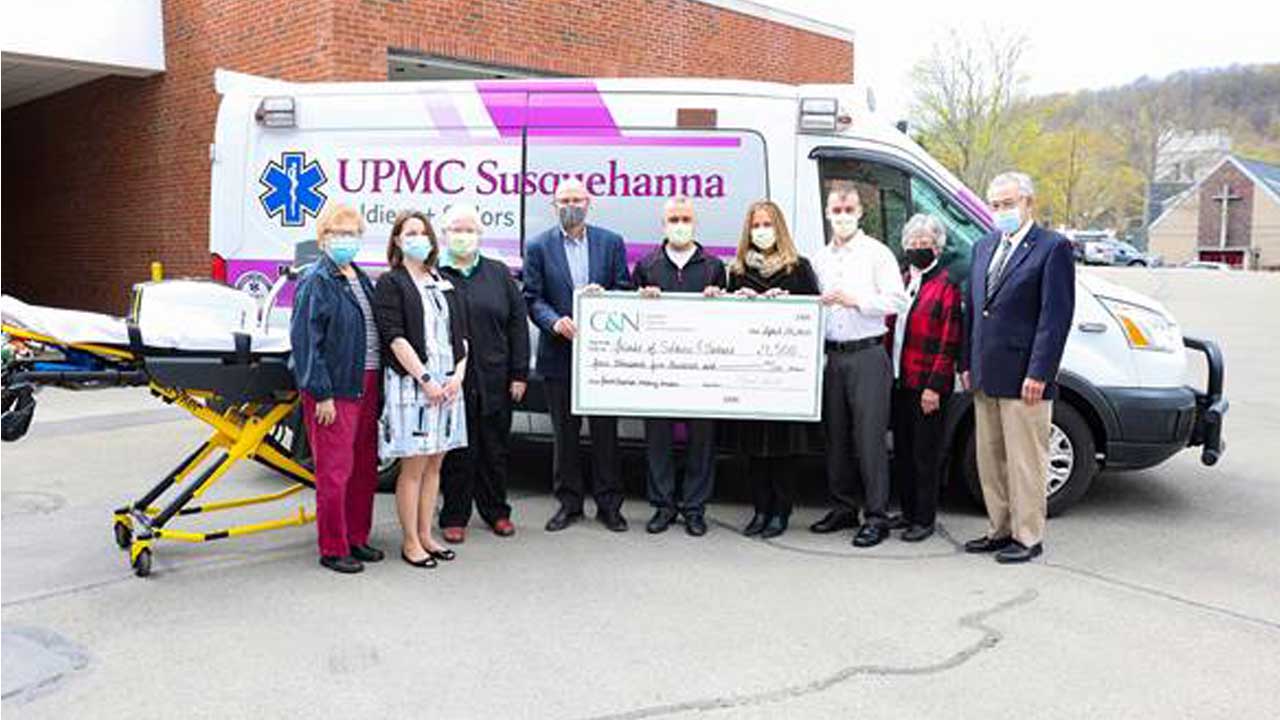 WELLSBORO, Pa., May 25, 2021 – Thanks to the generosity of more than 154 donors, Susquehanna’s Health Foundation’s annual Friends of Soldiers + Sailors campaign raised a total of $40,900. This would not have been possible without Citizens & Northern Bank, who provided a match for the funds in the amount of $4,500.

About UPMC
A $23 billion health care provider and insurer, Pittsburgh-based UPMC is inventing new models of patient-centered, cost-effective, accountable care. The largest nongovernmental employer in Pennsylvania, UPMC integrates 92,000 employees, 40 hospitals, 700 doctors’ offices and outpatient sites, and a 4 million-member Insurance Services Division, the largest medical insurer in western Pennsylvania. In the most recent fiscal year, UPMC contributed $1.4 billion in benefits to its communities, including more care to the region’s most vulnerable citizens than any other health care institution, and paid more than $800 million in federal, state, and local taxes. Working in close collaboration with the University of Pittsburgh Schools of the Health Sciences, UPMC shares its clinical, managerial, and technological skills worldwide through its innovation and commercialization arm, UPMC Enterprises, and through UPMC International. U.S. News & World Report consistently ranks UPMC Presbyterian Shadyside among the nation’s best hospitals in many specialties and ranks UPMC Children’s Hospital of Pittsburgh on its Honor Roll of America’s Best Children’s Hospitals. For more information, go to UPMC.com.