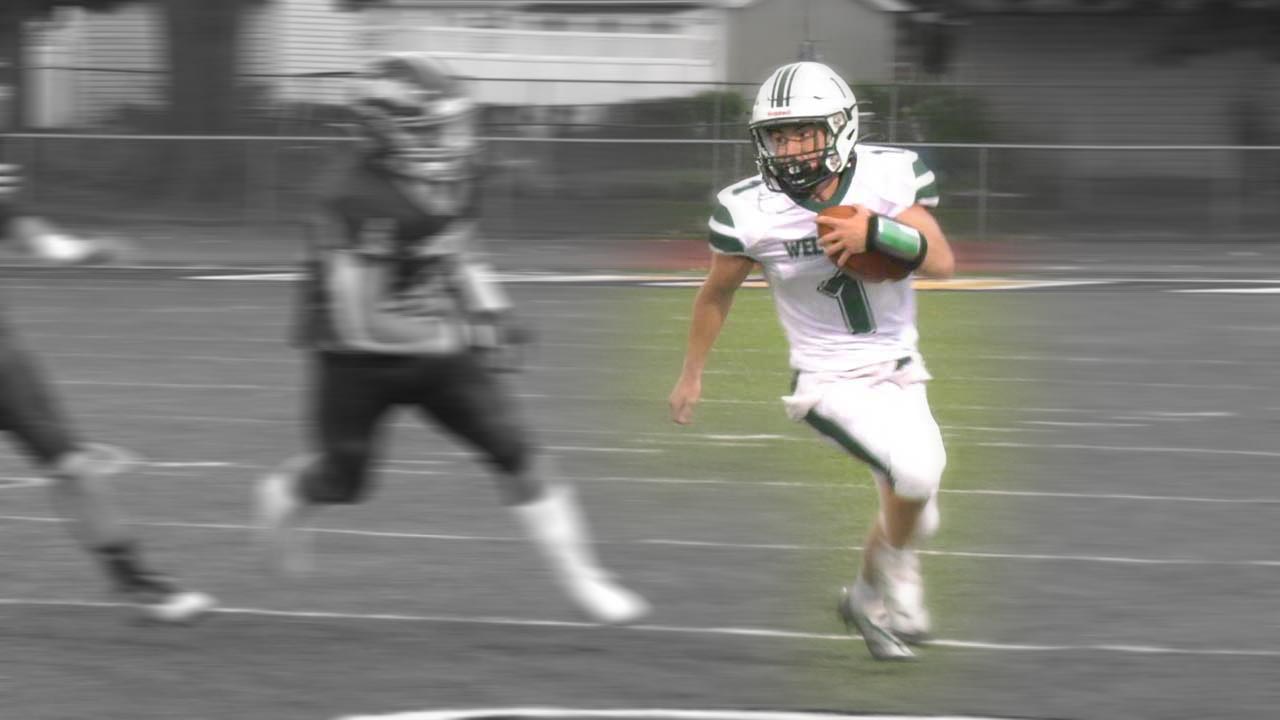 Eagles Too Much For Wellsboro

On the Eagles’ first play from scrimmage Carson Nagle connected with Kahale Burns in what turned into a 67-yard score 17 seconds into the game. On their next possession, Camron Watkins was on the receiving end of a 47-yard toss from Michael Snyder on a double pass, which put the Eagles up 14-0 in under three minutes.

Later in the second quarter Burns and Nagle connected again on a three yard pass to make it a 21-0 game, a lead which the Eagles would take into halftime.

The Hornets started out the second half with the ball, but after a fumble on their second play from scrimmage the Eagles took over deep in Wellsboro territory. After a 12 yard pass from Nagle to Wyatt Spackman, Kieran Jodon plowed his way in from 3 yards out with 11:22 remaining. The Eagles would go on to score their final points of the night on their next drive after a three-and-out by the Hornets.

Aided by a Hornet personal foul the Eagles marched down the field and scored in 7 plays, culminating on a Nagle to Tre Greene 10-yard pass, putting Bald Eagle Area firmly in control, 35-0.

The Hornets found the end zone late in the 4th quarter. After forcing the Eagles to punt, senior Conner Adams returned the ball 51 yards with 1:42 left.

Bald Eagle Area ran 44 plays for 349 total yards of offense while they held Wellsboro to just 49 yards on 41 plays. Nagle finished 14-of-19 for 200 yards and 3 touchdowns, while Tre Greene rushed 9 times for 97 yards, and Burns caught 4 passes for 80 yards and two scores to lead the Eagles.

For the Hornets sophomore Will Gastrock was 4-of-11 for 13 yards through the air and carried the ball 18 times for 24 yards. Sophomore Ryder Bowen rushed 10 times for 21 yards and caught one pass for 11 yards. Senior Jack Poirier and Adams had the other receptions.

Next up for the Hornets (1-8, 1-6 NTL Large School Division) is their rivalry game against North Penn-Mansfield for the Morton F. Jones Trophy.