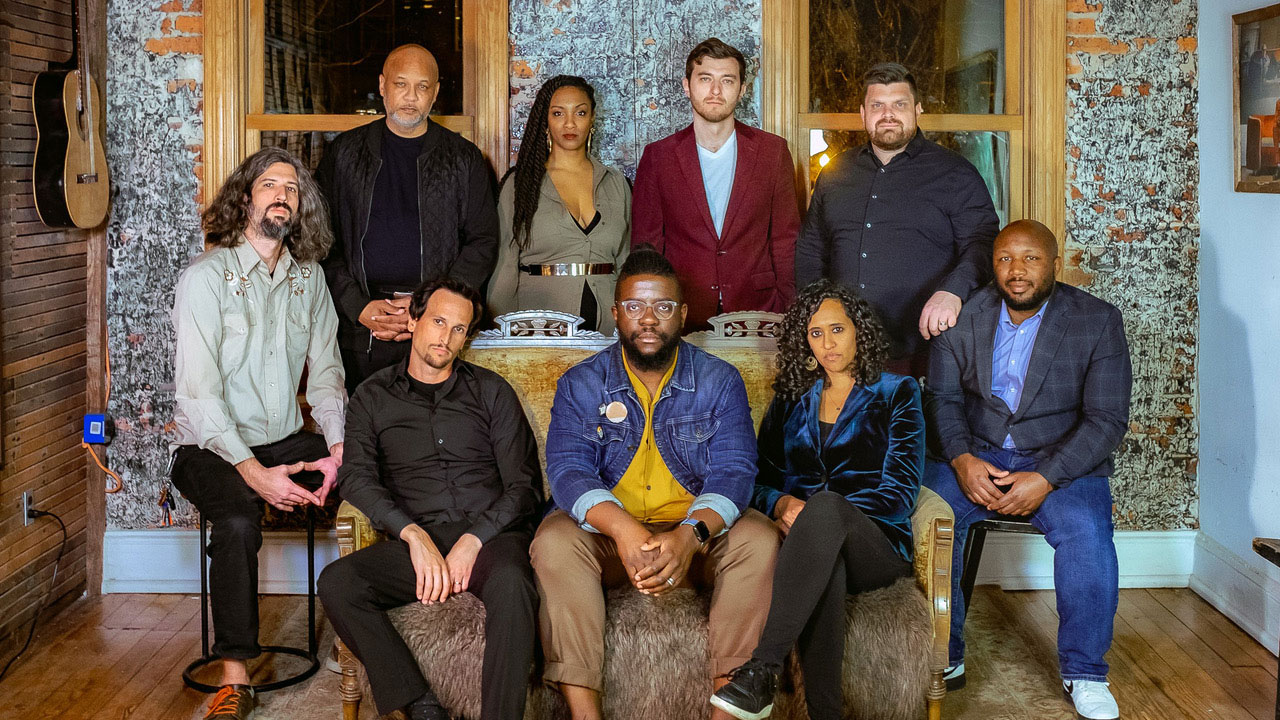 Photo by John Eaton
Pictured are the nine members of the Everyday Everybody band.

This Saturday, May 28 at 7:30 p.m., the Wellsboro Community Concert Association is presenting the Washington, DC-based “Funk and Soul” band Everyday Everybody (formerly known as Aztec Sun) in the Coolidge Theatre at the Deane Center for the Performing Arts at 104 Main Street in Wellsboro.

This show marks the last concert of the association’s 2021-2022 season.

Everyday Everybody (fka Aztec Sun) has been performing since 2012, producing an upbeat, retro groove steeped in ‘70s funk and soul, jazz, Afro-funk and Motown-era pop. Their sound and energetic live performances have yielded numerous rewards for the group – such as being named Best Local Original Band by the Washington City Paper and profiled in the Washington Post.

On May 3 of this year, Aztec Sun celebrated 10 years of live performance by rebranding itself with a new name that more closely aligns with its music and message.

Now known as Everyday Everybody, the band released its final work as Aztec Sun on May 20 in commemoration of its first decade.

The EP features live performances of four songs performed at the now-defunct Gypsy Sally’s as a nod to one of the first DC music venues the band played in its early days. Two music videos premiered in the weeks leading up to the release date, illustrating the band’s evolution over time.

Four songs they plan to perform in Wellsboro that are also available on Spotify and iTunes under Aztec Sun are: “Set You Free,” “Revolution,” “Redline” and “District.”

The band’s co-founder and frontman Stephane Detchou had this to say about the change: “In reflecting on our evolution over the last decade, we believe adopting this new name is a way for us to embrace the changes we’ve been through as individuals and as a group.

“Everyday Everybody uniquely aligns with the feelings we want to convey through the message in our music: connectedness, solidarity and shared humanity. We know who we are, who we want to be and we are moving squarely in that direction.”

To ease the transition, the band is using the tagline “fka (formerly known as) Aztec Sun” through the end of this year.

Admission is $25 for an adult and $5 for a student, 13 to 18. Children 12 and under will be admitted free if accompanied by a paying adult.

For tickets at the door, arrive at the Deane Center at 7:15 p.m., 15 minutes before the start of the show. All ticket sales at the door are on a first-come first-served, space-available basis.