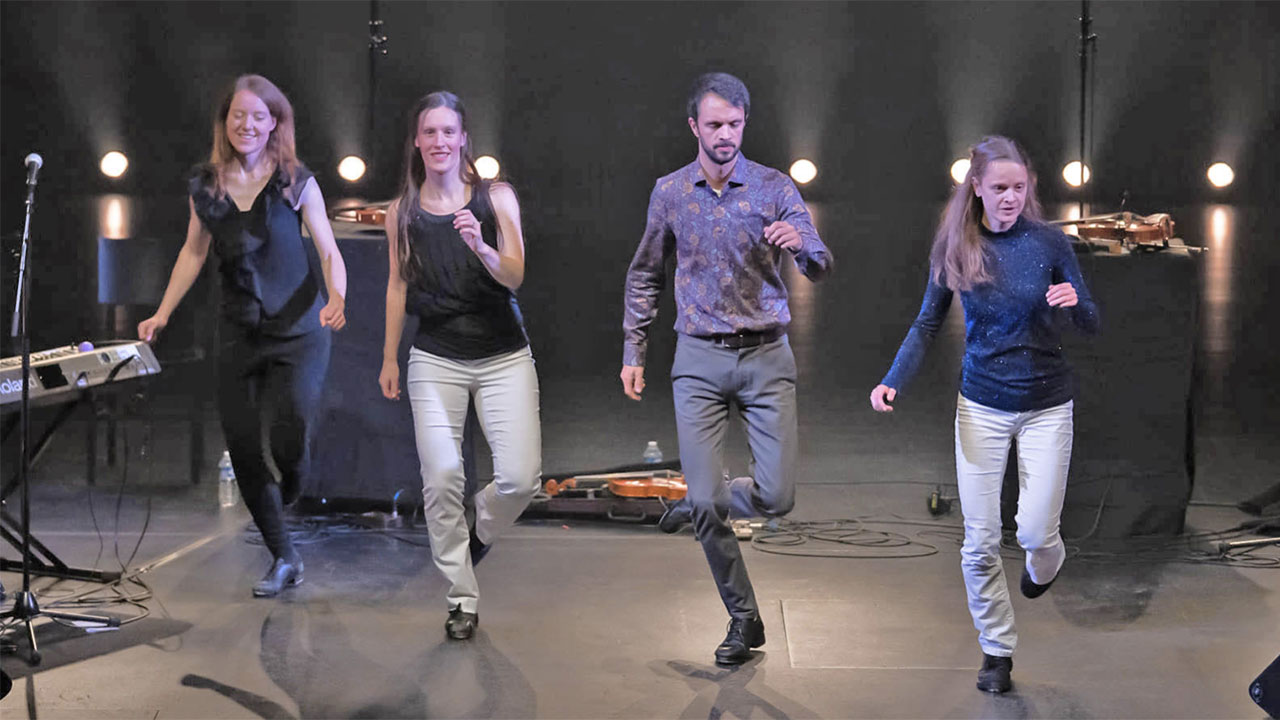 Photo provided
The three Fitzgeralds sometimes add a guest performer to their show.

At 7:30 p.m. Saturday, April 30, the Fitzgeralds — award-winning step dancers and champion fiddlers — will perform in the Coolidge Theatre at the Deane Center for the Performing Arts at 104 Main Street in Wellsboro.

The Wellsboro Community Concert Association is presenting this show, the fifth in the Association’s 2021-2022 series.

This unique, one-of-a-kind performance will feature high-energy Celtic fiddling and mind-blowing step dancing as well as original arrangements and compositions. Sisters, Kerry and Julie will also play piano and their brother, Tom will play the guitar and sing.

They have performed on tour with Natalie McMaster, Nathan Carter, Cherish the Ladies, StepCrew, Lunasa and more.

Tom, Julie and Kerry Fitzgerald grew up in Canada’s renowned Ottawa Valley. Now known as The Fitzgeralds, they have been entertaining audiences for years with their spectacular dancing and musical techniques.

There will be lots of twists and turns during the show. “An audience favorite is when Tom sets up his bow so he can play three strings at the same time making it sound as if three people are playing,” Julie said.

The group has also mastered playing the fiddle while simultaneously performing a step-dance routine.

“Step dancing came first,” said Julie. “And then when we were all around six or seven years old, we picked up instruments and started performing.” The instruments included, piano, fiddle, mandolin and guitar. “Tom also does some singing in our show,” Julie said.

By the time they were around nine years old, they were part of Everything Fritz, their six-member family band, which included their parents and another brother.

Admission is $25 for an adult and $5 for a student, 13 to 18. Children 12 and under will be admitted free if accompanied by a paying adult.

To purchase tickets at the door, arrive at the Deane Center at 7:15 p.m., 15 minutes before the start of the show. All ticket sales at the door is on a first-come first-served, space-available basis.