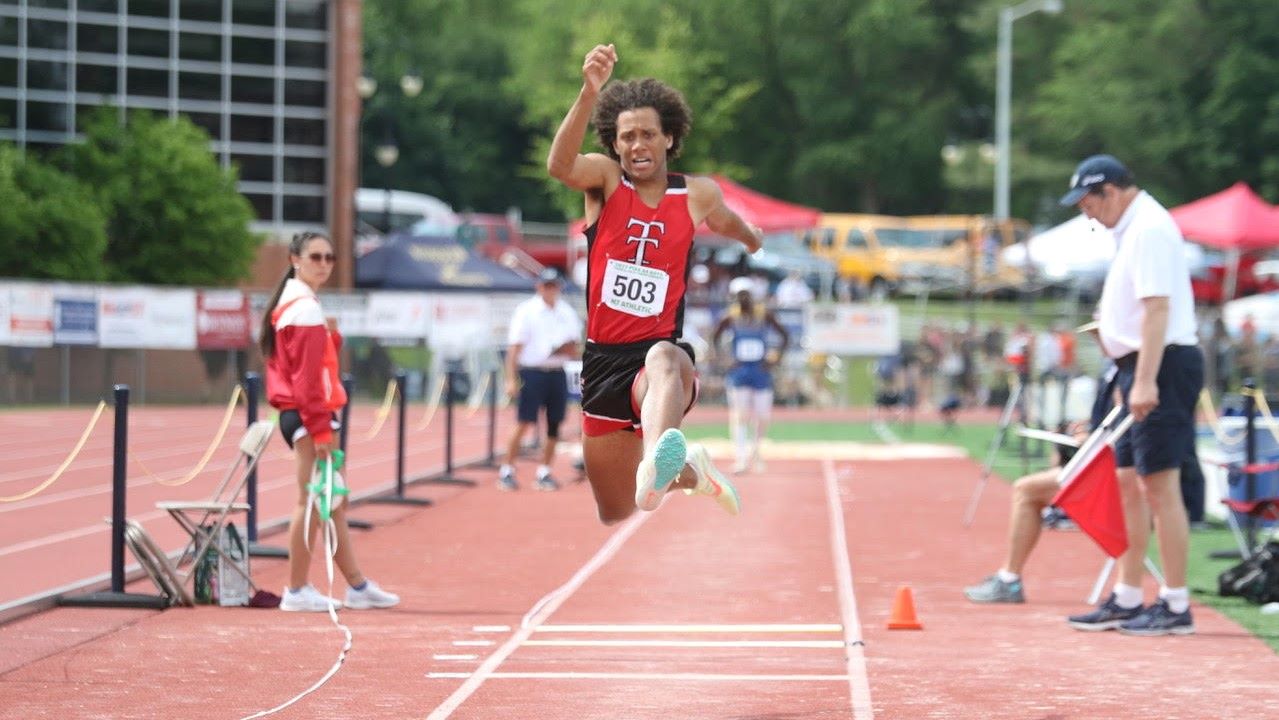 SHIPPENSBURG — Troy’s Dustin Hagin capped off his outstanding track career with two more state medals at the 2022 PIAA Track and Field Championships at Seth Grove Stadium at Shippensburg University May 27-28. 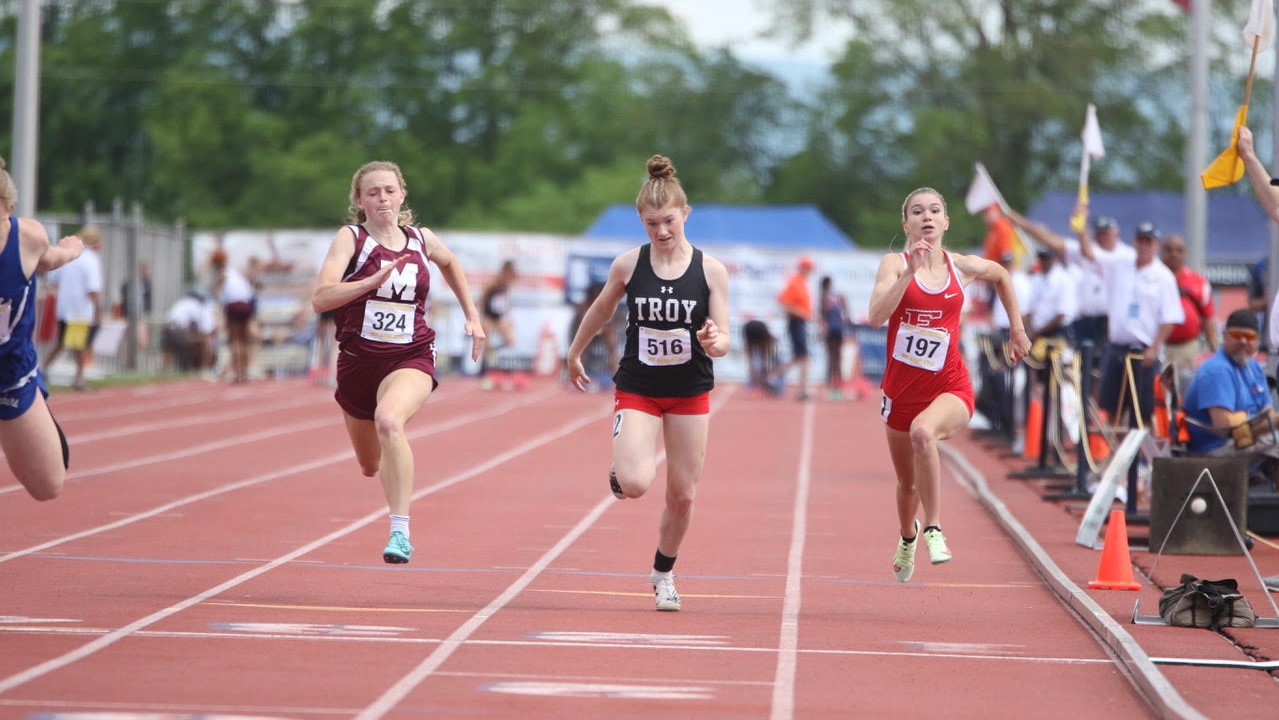 On Friday, Hagin only had one thing to do, which was qualify for the 110m hurdle finals. In an event where he had a good shot to meda and took 5th at last year’s championships, he rolled through the preliminaries, qualifying 4th with a time of 15.51.

“Making finals definitely makes me happy. I’ll definitely give it my all in the finals, but I’m happy to know that at least I’ll medal,” Hagin said.

Eight medal, meaning all he needed to do to medal going into a Saturday where he would be triple jumping as well would be finish the hurdles.

On took 7th in the 110m hurdles with a time of 15.82 after having a few tough hurdles early on in the race. While it wasn’t an improvement on last year’s fifth place finish, Hagin was still happy with it.

“I didn’t have my best race. I will say that I hit a hard stumble at the second and third hurdle. That’s the whole point of the race. Anything can happen and I still managed to not get last and that’s important in the final so I’m happy.”

Hagin has been hurdling for years, but his other event, the triple jump, is an event he’s only been doing for a few weeks now. His progress was rapid, and he finally hit the 45-feet mark Saturday, jumping a 45-foot-even-jump in his 2nd attempt of six for his scoring jump, good enough to take 4th, just eight inches out of the gold medal position.

It’s likely the end of an outstanding career for Hagin, who will be attending the prestigious Berklee College of Music this fall.

“I can definitely say I have appreciated my time in track. I’ve gained so many different skills that you don’t gain in other things. But,It has given me some skills for the future that I will always treasure.”

Anneliese Getola has had the senior season of her dreams. The Troy sprinter had a great freshman year in 2019, before having her sophomore season wiped out due to COVID. Her junior season wasn’t what she hoped for, missing out on the district final in the 100m, her signature event. That disappointment motivated Getola all offseason, and it paid off as Getola finished her senior season with a District 4 Championship and a 5th place medal.

“I had no idea I would ever be in this spot,” Getola remarked. “I never imagined I would go anywhere beyond districts, so I’m just really excited.”

Friday morning, Getola ran in the preliminaries. There were four heats, and the top finisher in each heat plus the next four fastest times, would advance to the finals Saturday. She ran well, Getola’s 2nd place finish in a time of 12.77 missed out on automatically qualifying from her heat, but her 2nd place time was the fastest non-winning time in the preliminaries and she earned a fifth seed in Saturday’s championship race. She battled nerves Friday, but all she needed to do to guarantee herself her first state track medal was finish the race on Saturday. She was excited about her first race in the state track meet.

“I was extremely nervous Friday),” Getola said. “But, honestly, I felt better than I did at districts. I feel like, for this meet, I’m just trying to beat myself again.”

In Saturday’s 100m dash final in front of a packed crowd at Seth Grove Stadium, Getola got off to a slow start, as she is accustomed to, but used her trademark burst in the 2nd half of the race to overtake numerous adversaries and move up to fifth at the line in a time of 12.96. Tatum Norris of Susquehanna Community won the event with a time of 12.40.

It was mission accomplished for Getola, whose goal was to win a medal. The only thing that could keep her away from a medal would be a disqualification, so she was careful to not get a false start.
“I just wanted to finish. I know that while I’m running it goes through my head, ‘oh, I was slow out of the blocks,’ but I know myself, and I know that I can catch up to people, and that’s how I do it.” She said.

Getola is attending Penn State University in the fall and is undecided about pursuing a college track career.