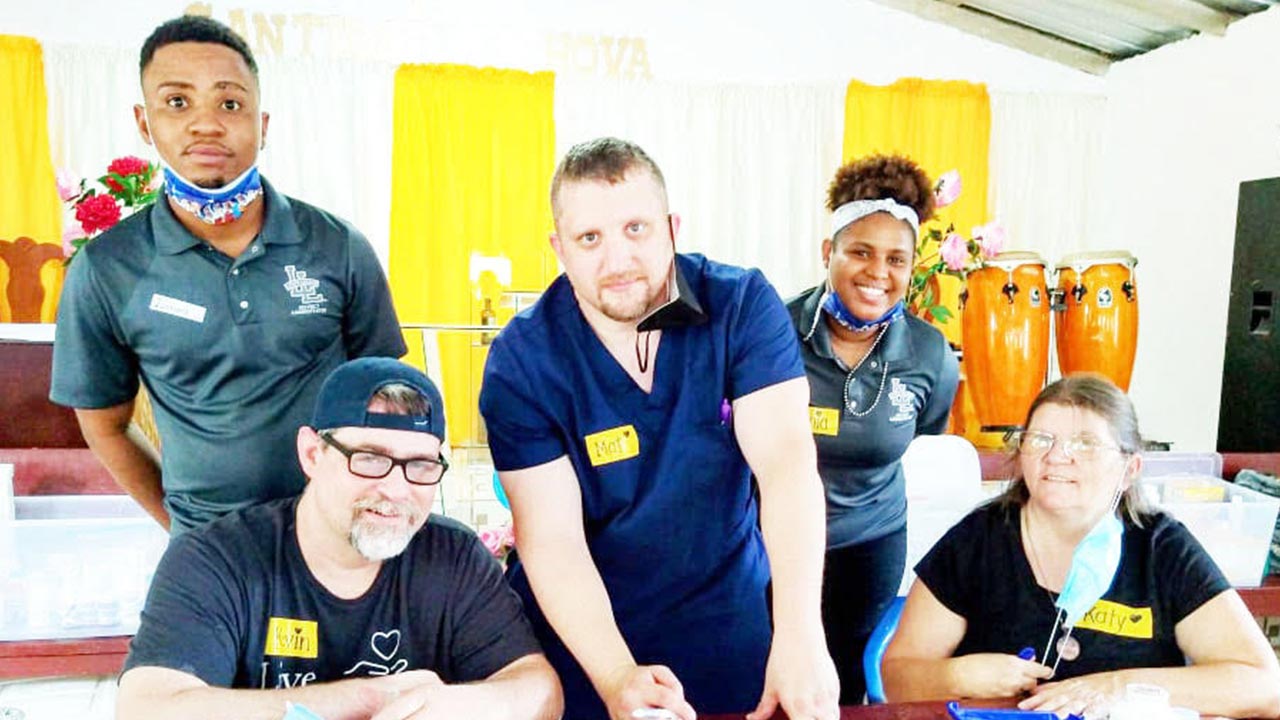 Pastor Kevin Zufall of Troy Baptist and East Troy Baptist Churches recently went on a mission trip to the Dominican Republic with fellow Christians from other Pennsylvania churches.

“When I first became pastor at Troy and East Troy Baptist Churches, there were some people I hadn’t seen yet that attended (my church), and it was because they were on this trip,” said Zufall when asked how he heard about the trip.

“They go down and do this trip every two years and the two ladies (from Troy Baptist Church) that went were Charlotte McBratney and Shirley Forrest. They’re retired nurses and do this all the time. They came back and said ‘hey, you should really go on this.’ I love mission trips so I said ‘Yeah, I’d love to go.’”

Wellsboro’s First Baptist teams first visited the Dominican Republic after Christmas of 1985. Tom Elsie from Milton and Wayne Diffenderfer from Wellsboro decided to make the international trip after a young Dominican/Haitian pastor (Pastor Jean Luc Phanord) asked for them to build a church for the Haitian people, who were refugees in the country.
Since then, numerous mission teams have traveled to the Dominican Republic to help the people, who were in need of construction assistance, food, medical examinations and more.

It took months of preparation and fundraising for the trip.

“We did fundraisers all year, pancake breakfasts and things like that to help raise the money for the trip,” said Zufall.
He, along with two members of his congregation, went on the trip in late January with a group from a church in Wellsboro who regularly does this trip every two years.

“There were about five different local churches that were represented in the whole trip crew,” said Zufall. “Three of us from Troy went. We had a great time. The nice thing about the trip was meeting people from other churches and we were all working on the same team.”

On the first full day there, Zufall was surprised when he was asked to give a sermon to the Haitian people during the worship time.

“It was neat. About halfway through the service, the pastor asked me to preach. I had to quickly prepare a message while sitting in the worship service. That was challenging. My message was about how they were beautiful people. But I told them ‘You’re not beautiful because of how you look or how well you sing, you’re beautiful because you belong to Jesus Christ.’ It was a great honor to do that for them.”

The rest of the week was filled with visiting with the people and seeing patients. This year, Zufall and the team held five medical clinics (one each day) and saw 700 patients on the compound. Because of the worry for COVID, people were lined up for hours.

A week before Zufall and his team arrived, a construction team went down to help build a wall for a new medical center to be placed.

“We went down to do appointments with people and diagnosing them, as well as giving them prescriptions,” said Zufall. “Depending on treatment, patients were sent to a local hospital. We went to little villages that held little huts that were basically tacked together with tin and whatever else. The people live in just absolute poverty.”

“Anything they could do to get out of that country, they tried to,” he said. “But when they come to the Dominican, the Dominicans don’t particularly care for them being there. Many times, they have to deport them.”

Zufall recounts his experience as “eye opening” and like “stepping back in time.”

“These people have nothing. The ministry tries to help provide schooling for the Haitian kids who cannot receive schooling otherwise due to a language barrier, they help these people get jobs, it’s more of a comprehensive ministry,” Zufall recounts.

The main ministry compound had a fence around it to protect things from getting stolen. Within those walls was a church, dining area, dormitory rooms for visiting ministry teams, and a school that currently has approximately 500 Haitian students. The Haitians live in bateys, where the poverty is evident. One such batey the ministry visited had no electricity.

One village his team visited had no electricity. Zufall noted that though these people had nothing, they were grateful for everything, including their relationship with the Lord.
​
“It’s amazing how little they have. When you get to heaven, you’ll realize that everyone comes from a different language, but Christians of every nation worship the same God,” said Zufall.