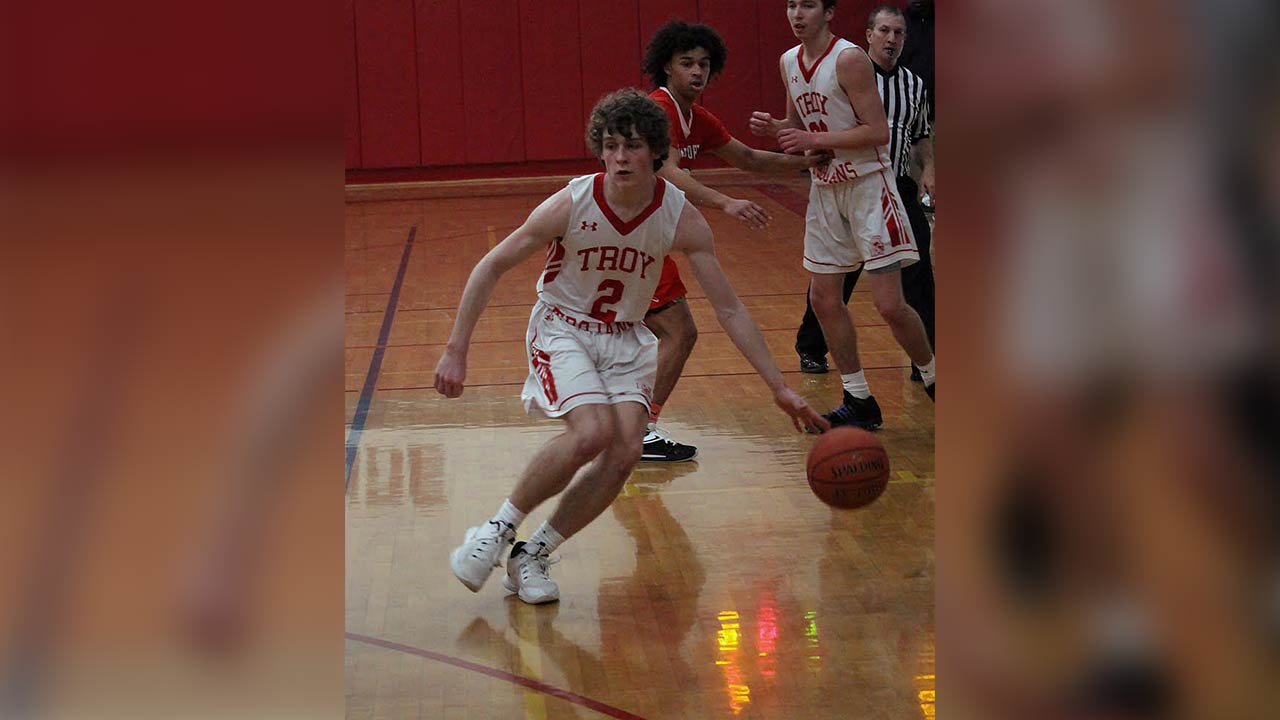 The Troy Trojans picked up a 65-33 road win over NEB on Monday night.

Ty Barrett led the way for Troy with 23 points to go along with three-three pointers.

In all, the Trojans sunk eight three pointers on the night.

Troy jumped out to a 44-15 lead at the end of the first half behind Barrett’s 20 points. Chimics dropped in nine for Troy as well in the first half.

Both teams hit the road on Wednesday, with Troy traveling to Towanda, and NEB gears up to face NP-Liberty.