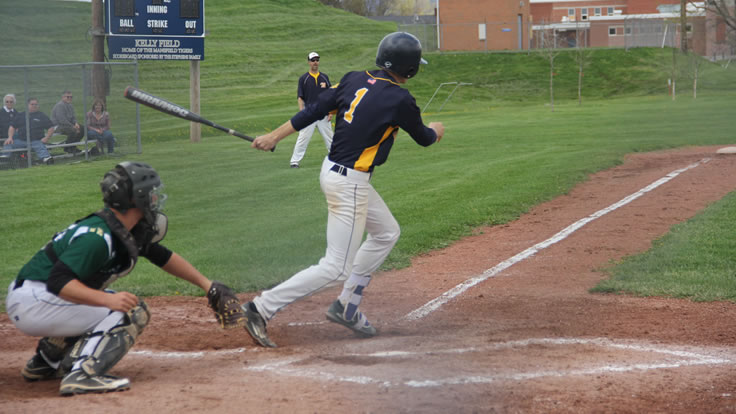 North Penn-Mansfield’s J.P. Shaw threw a two-hitter in a 10-0 shutout in five innings over Wellsboro on Saturday, May 7.

The Tigers scored 3 runs in the second inning from Dylan Wesneski, Carl Dinger, and Levi Adams, then added 3 more in the fourth from Dylan Williamson, Dewey Wise, and Joel Whitteker. North Penn-Mansfield then put the game away in the fifth inning as Wesneski and Dinger walked and Adams singled to load the bases. Williamson reached on error and Wise and Whitteker both walked, to score Williamson for the game’s final run.

Shaw’s only two hits came against Wellsboro’s Joe Allen, who was 2-for-2 on the day. He finished the game with 6 strikeouts and 3 walks. Adams had 2 hits for Mansfield and Carl Dinger and Dylan Wesneski with doubles. Brendan Hill, Dewey Wise and Dylan Williamson also added hits.

The loss drops the Hornets’ record to 6-7 on the year, while the Tigers improve to 12-4.