In 2009, following his retirement from the Wellsboro Area School District as a guidance counselor and reading and history teacher, Jeff Jones returned to making maple syrup, something he hadn’t had time to do for about 20 years.

“I was around six years old when I started helping my dad gather sap and make syrup on our family farm in Mosherville, Bradford County,” Jones said. “That was 60 years ago. I grew up doing it. My sister and brother-in-law now run a business on the farm and my brother and his family live there, too.

“Between work and marrying and raising children, I didn’t have time to make maple syrup. Now I consider it my retirement job.”

Jeff began his teaching career in 1978 with the Oswayo Valley School District in Shinglehouse. In 1986, he started teaching in the Wellsboro Area School District. That same year, the family moved to a home in Lawrenceville and in 1993 to their current home in Charleston Township. For the past 27 years, the Joneses have lived off Sheer Road, near Arnot Road. “Our four children are Wellsboro High School graduates,” Jeff said.

Several years after he and his wife Sally had started making their own maple syrup, they purchased a larger stainless steel evaporator so they could keep up with demand.

“We started by tapping trees on our own property and making syrup for ourselves. and then, because it didn’t take a lot of extra equipment, also made maple cream, maple sugar and maple candy.

“Today, we are tapping about 500 maple trees all together, including 300 of our own plus an additional 200 on three neighbors’ properties with their permission. We use tubing and a vacuum pump collection system. It generates more sap,” said Jeff.

Due to a rotator cuff injury, Jeff couldn’t use his right arm. “I could only use my left. If it weren’t for my wife, our 37-year-old son Brad and Drew Simcox, Wellsboro First Baptist Church assistant pastor, we wouldn’t have had any maple products this year,” he said.

Asked how he came up with the name Between Two Rivers Maple Products, Jeff laughed. “I tell people our property is between the Mississippi River and the Nile. Actually, the name comes from my son Tom who remembered a story I had told him during a thunderstorm about the water dividing on the roof of our house into two separate rivers, the Susquehanna River and its West Branch,” said Jeff.

“We give maple syrup to our children, other family members, the neighbors who allow us to tap their trees and friends as well as sell it at the Wellsboro Growers Market.” Jeff and Sally are planning to be at the market from 2:30 p.m. to 5:30 p.m. this Thursday, June 11 and every Thursday through Oct. 8. If there is a downpour or constant, heavy rain, the market will be canceled.

The Wellsboro Growers Market Steering Committee asks all vendors and customers to wear a mask while at the market and to stay at least six feet from each other.

Email wellsborogrowersmarket@gmail.com for updates on who and what will be at the market. Vendors who want to participate are asked to contact Thomas Putnam at (570) 439-2000. 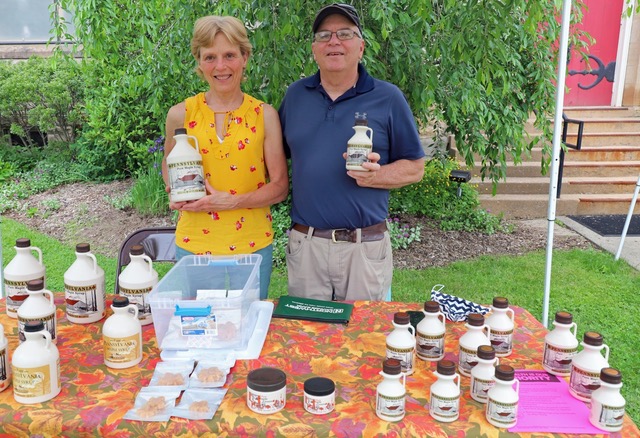 Photo by John Eaton
Sally and Jeff Jones of Between Two Rivers Maple Products are shown with their homemade maple syrup, maple cream, maple sugar and maple candy. They are not wearing masks in this photo but do wear them during market hours.

Photo by John Eaton
Sally and Jeff Jones of Between Two Rivers Maple Products serve a customer during the June 4 Wellsboro Growers Market.

Kevin Connelly, executive director, announced last week that the Deane Center for the Performing Arts at 104 Main Street in Wellsboro would host its first indoor concert at the Coolidge Theatre on July 10 and a series of free, live concerts at 6 p.m. on Fridays in June, July and August at the outdoor stage on the Central Avenue side of the building.

A jam session featuring nine musicians, the first concert in the free series, started at 6 p.m. on Friday, June 5 with an audience of about 20 people who brought lawn chairs and sat in the grassy area in front of the outdoor stage to enjoy the music.

The second outdoor concert, being sponsored by the Deane Center and Wellsboro Area Chamber of Commerce, will feature local groups Drowsy Maggie and the 3Ds performing separately and together at 6 p.m. on Friday, June 26. Bring lawn chairs and blankets and sit on the grass in front of the outdoor stage or on Central Avenue, which will be closed to traffic between Main and Water streets from 6 p.m. to 8 p.m. for this event to provide space for social distancing.

Other free concerts being sponsored by the two organizations on the outdoor stage on Fridays at 6 p.m. include: a deluxe jam session of local musicians on July 3; Scott Turner on July 17; the country rock Cole Band on July 31, a jam session on Aug. 7 and the Vineyard Band on Aug. 21.

On Friday, July 10, at 7 p.m., the Deane Center will reopen the Coolidge Theatre for the first time since mid-March when Pennsylvania Governor Tom Wolf issued a stay-at-home order to curtail the spread of COVID-19. The live concert will feature the popular Gabe Stillman Band. This event is BYOB (bring your own snacks and beverages). A limited number of tables can be reserved. Due to spacing, group size, and to insure all have a wonderful, safe time, tickets will only be available by calling the Deane Center at 570-724-6220 or by stopping in at the performing arts center. Tickets are $20.

On Friday, July 24 at 7 p.m. in the Coolidge Theatre, Stage Fright will take the stage with their tribute to the music of The Band. Also performing in the Coolidge Theatre will be Scatter The Knickers, an Irish band, on Friday, Aug. 14 at 7 p.m. and Like A Hurricane, a Neil Young tribute band, at 7 p.m. on Friday, Aug. 28. Tickets for Stage Fright and Scatter The Knickers are $20 and for Like A Hurricane, $25. Tables and seats can be reserved for these BYOB (bring your own snacks and beverages) concerts by calling the Deane Center at (570) 724-6220 or in-person. 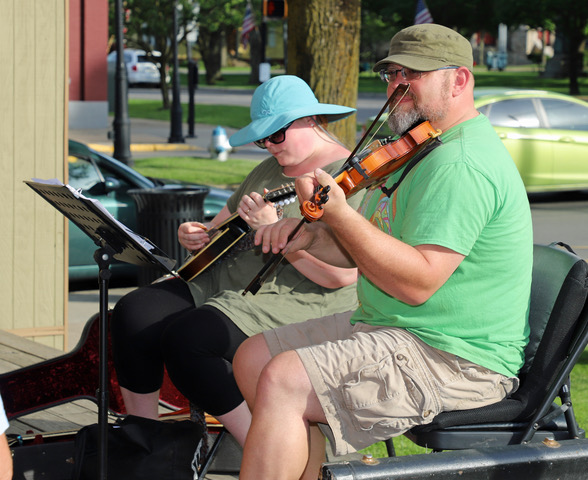 At the Tioga County Lyme Disease Support Group meeting at 6:30 p.m. on Thursday, June 18, Linda Wales of Millerton will talk about her personal experiences with Lyme disease followed by a question and answer session. The meeting will be in the Native Bagel at 1 Central Avenue in Wellsboro. It is free and open to the public.

This will be the first meeting held by support group members since February 20 of this year when they met jointly with SSMH Breathers Club members at the hospital to hear a presentation on Lyme Disease by Dr. Christopher Domarew of the UPMC Office of Internal Medicine at Wellsboro.

Wales was originally scheduled to talk to the group on Thursday, March 19. That meeting was canceled due to the coronavirus outbreak and the subsequent stay-at-home and social distancing guidelines initiated by Pennsylvania Governor Tom Wolf to stop or slow down the spread of COVID-19 to keep hospitals from being overwhelmed with patients.

Wales suffered with tick-borne illnesses for seven years and saw 20 different physicians before being diagnosed with Lyme and two co-infections in 2002. Since her diagnosis, Wales has reached out to the community-at-large and to those suffering from tick-borne illnesses to increase awareness about how these diseases are transmitted, symptoms, diagnosis and treatment options and to offer support. In 2009, she co-founded A Hope 4 Lyme, Inc. and has continuously held a position on the board as either treasurer or president. Wales works full-time as a licensed New York State insurance agent for Travelers Property & Casualty Insurance in Elmira, New York.

Luke Dunham and Thomas Putnam are regional co-leaders with the PA Lyme Resource Network and co-leaders of the support group. Both have been diagnosed with chronic Lyme disease and live in the Wellsboro area. For more information, contact Dunham and Putnam by email at tiogacountylyme@palyme.org or by calling Putnam at (570) 439-2000. 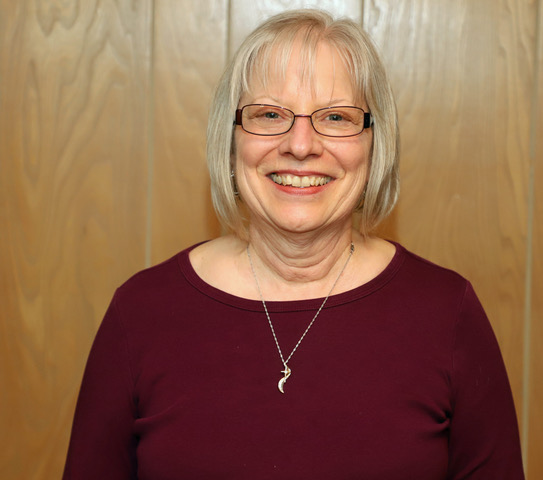 People of all ages are invited to register on or before Friday, June 19 for in-person open auditions for the 2020 Tune In To Radio HG radio play festival, scheduled for Thursday through Sunday, August 6-9. Voice acting is a great way to try acting without the worry of memorizing lines or learning blocking for a stage performance.

“Current CDC guidelines make it hard to bring audiences and performers together,” said Gabe Hakvaag, festival producer. “This year, we decided to hold the annual radio play festival online, so our audience can hear our performances at home, just like listening to a radio broadcast.” Each day of the festival, a new slate of programs will be posted to Hamilton-Gibson’s website to be viewed by the public.

Radio play auditions will be on Saturday and Sunday, June 20 and 21 and Saturday, July 11 between 1 p.m. and 5 p.m. and on Sunday, July 12 between 7 p.m. and 9 p.m. at the Warehouse Theatre at 3 Central Avenue in Wellsboro. Short sections of scripts known as sides will be provided to participants in advance.
Auditions will be scheduled in one-hour increments so no more than eight individuals will be in the theater at any given time. This will allow time to disinfect all surfaces between each audition, for proper social distancing and to follow CDC guidelines to ensure participants’ safety.

This is the fourth annual Tune In To Radio HG festival. As in years past, each day’s performances will include a different slate of classic and contemporary audio dramas, performed by voice actors with the help of live music and sound effects.

Being performed this August will be classic radio shows including The Whistler, Easy Aces, Sam Spade, Fibber McGee and Mollie, Popeye the Sailor, and Gunsmoke. Contemporary radio shows will be “The Pepperoni’s” by Eric Coble, The Firesign Theater’s “Sesame Mucho” and an adaptation of “The Fall of the House of Usher.” Several original radio plays have been written for the festival such as “DadTective” and the return of “Community Pet Corner,” both written by Sarah Knight.

To schedule an audition time and receive a script section, email WBFRHG@gmail.com or call Hamilton-Gibson Productions at (570) 724-2079 by June 19.

As part of the Tune in To Radio HG radio play festival, Hamilton-Gibson Productions is presenting a special sound effects workshop online as a live-stream event via Zoom on Saturday, July 18 from 1 p.m. to 3 p.m. The workshop is free and limited to the first 40 people who register on or before Thursday, July 16.

Now in its fourth year, the radio play festival will include classic and contemporary radio dramas performed by voice actors accompanied by live music and special sound effects this August.

The July 18 workshop will explore designing and performing special sound effects in audio dramas. Presenters are Sean Bartlett who has designed and performed sound effects for the festival for several years, and Gabe Hakvaag, who has produced and directed audio plays for more than two decades, including for the Tune In To Radio HG Festival he founded in 2017.

“In audio drama, sound effects work with the voice actors to engage the audience’s imagination,” said Hakvaag, festival producer. “Sound effects can create soundscapes, such as tropical jungles or the deserts of the planet Mongo, or can punctuate specific actions, like riding a horse, packing a suitcase or punching a criminal.”

This workshop will demonstrate how sound effects performers create these sounds, often in surprising ways. “The way we imagine how something sounds is quite different from the way it actually sounds,” said Bartlett, who is in charge of creating and performing the 2020 festival’s sound effects. “When designing a sound effect, you have to focus on what you imagine the sound is like. So we’ve popped balloons for gunfire, coconut shells for galloping horses, crinkled newspaper for bonfires, and cellophane stretched across clothes hangers to mimick swarming hornets.”

To register for the Sound Effects Workshop, email Hamilton-Gibson Productions at WBFRHG@gmail.com or call (570) 724-2079 by July 16. 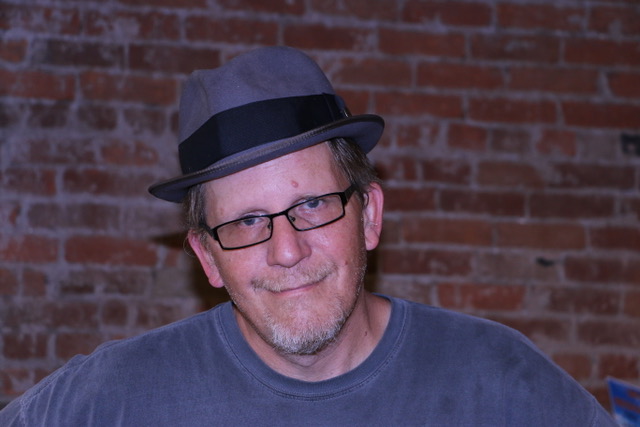 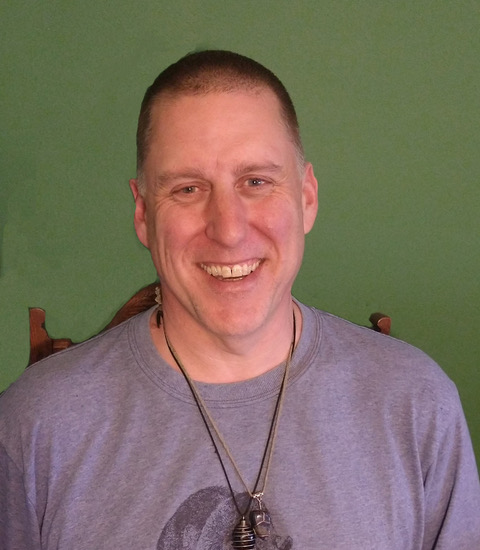