The Wellsboro Growers Market is this Thursday, June 18 from 2:30 p.m. to 5:30 p.m. on the front lawn of the First Presbyterian Church at 130 Main Street in Wellsboro, next to the Green Free Library.

Featured will be a variety of vendors. Ann Vayansky and Kim Furry of Growin’ Native will be at the market for two more Thursdays, June 18 and 25 and return in September. They are bringing shrubs, small trees and perennial flowers native to North Central Pennsylvania. Among the perennials they will have are pussytoes, a border edging flower that looks like cat paws and is a member of the daisy family, Ozark bluestar and an early sunflower plus catnip mice for cats.

Scentillating Creations will be at this Thursday’s market with hand-poured candles in a variety of scents. Linda Sweely of New View Farm will be offering freshly baked artisan breads, such as Focaccia, a cheesy herb flat bread, cinnamon buns, jams and jellies, honey, homemade sauerkraut, ground horseradish and sprouts.

At the Thursday, June 25 market will be Udder Merry Mac Farm, Aunt Lulu’s Embroidery, WindStone Landing Farms with non-GMO and chemical-free foods and Hillstone Farms with a selection of meats, beef, ham and pork.

All vendors and customers at the market are asked to wear masks and to stay at least six feet from each other.

Vendors who want to participate are asked to contact Thomas Putnam at (570) 439-2000 or wellsborogrowersmarket@gmail.com.

On Thursday, June 25, Ray and Janet MacWhinnie will bring their hydroponic mixed leaf lettuce and basil to the Wellsboro Growers Market for the first time this season. “The produce we bring depends on what is ready,” Ray said.

“Hydroponically, we grow lettuce, cucumbers, red, yellow and orange bell peppers and basil. In soil, we grow onions, spinach, green beans, broccoli, roasting peppers, slicing tomatoes, cherry tomatoes and paste tomatoes for canning and making sauces,” said Ray. “We began hydroponic growing in mid-March and planted onions in soil the first part of May just before it snowed eight inches and the rest at the end of May.”

Ray helped on his uncle’s Bentley Creek, Bradford County dairy farm each summer starting as a teenager in 1968 through 1974. “My uncle was milking 50 cows,” he said. Ray grew up in Pittsfield, Massachusetts and Janet in Vershire, Vermont. She had aunts and uncles who were dairy farmers. They met in college in Vermont and married in 1973.

The couple had been working for a dairy farmer in Middlefield, Connecticut for about a year when, in 1975, he purchased a 100-acre dairy farm in East Smithfield, Bradford County, asked them to manage it and shipped 50 of his cows there. In 1980, he asked the couple if they wanted to buy the farm. “We said yes because we liked this way of life,” Ray said. “My uncle’s farm was Merry Mac Farm, so we called ours Udder Merry Mac Farm.”

The MacWhinnies raised three sons and a daughter. “My sons had been helping me but didn’t want to stay in the dairy business so in 2006 we sold our herd of 100 Holsteins,” said Ray.

For 15 years, from 2003 to 2018, Ray worked for Dairy One based in Ithaca, New York, going to farms, weighing each cow’s milk and taking samples tested for butter fat, protein and somatic cells.

Janet worked for the Bradford County Conservation District as the accounts supervisor for 28 years from 1992 until her retirement this year.

In 2010, Ray bought hydroponic equipment, installed it in their greenhouse formerly used as a calf barn and grew lettuce. “Janet always had a garden. We started taking the extra vegetables she grew along with the hydroponic lettuce to the Troy Farmers Market,” said Ray. They also took their produce to the Mansfield and Wellsboro markets.

“A couple of years later, I began growing hydroponic cucumbers, peppers and basil. We also expanded Janet’s 20 by 20-foot soil garden to 30 feet wide by 96 feet long,” he said. “We enclosed it in a high tunnel greenhouse. We also added several 150-foot long rows of produce,” said Ray who helps Janet with the tilling, planting, mulching and picking.

“We basically grow the same produce every year hydroponically and in soil but like to experiment with a new variety or fruit or vegetable to see what does well and what customers prefer,” said Janet. “We are now growing sweet potatoes in soil for the first time.”

In addition to the Thursday Wellsboro Growers Market, the couple take their produce to the Friday Sayre Farmers Market, which they started doing after the Troy and Mansfield markets closed. “This spring we began selling our produce through Delivered Fresh, an online farmers market run by our neighbors, David and Marla Nowacoski,” said Ray. “We enjoy being outdoors and keeping busy,” Janet said. 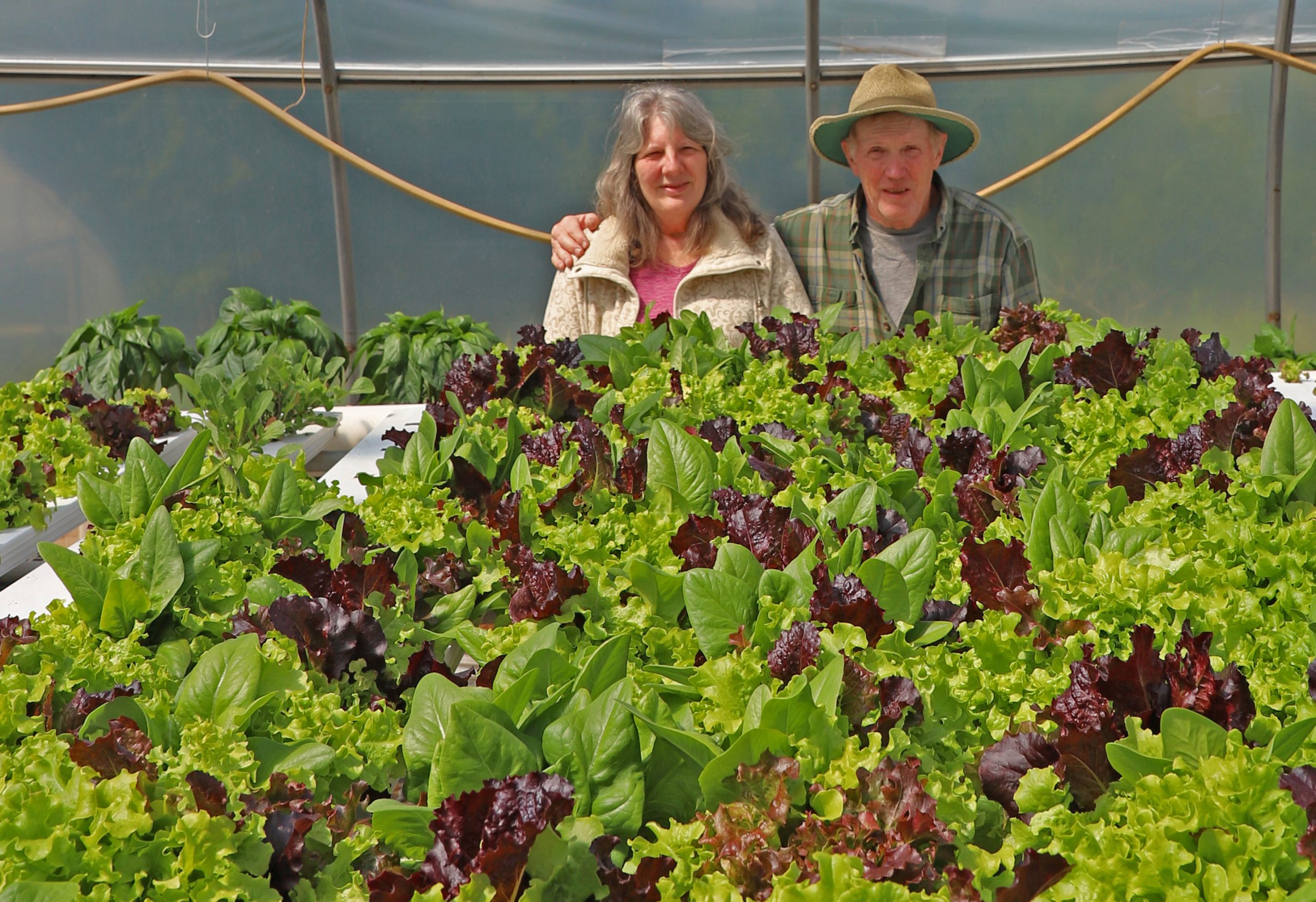 “Voice acting is a great way to try acting without the worry of memorizing lines or learning blocking for a stage performance,” said Gabe Hakvaag, producer of the Fourth Annual Tune In To Radio HG Festival, scheduled for Thursday through Sunday, August 6-9.

Auditions are in one-hour increments so not more than eight individuals will be in the theater at any given time. This will help ensure participants’ safety by providing space to follow CDC social distancing guidelines and time to disinfect all surfaces between each audition.

The radio plays will be presented during the festival, which will be online this year so the audience can hear the performances in their homes. Each day of the festival a new slate of classic and contemporary audio dramas and comedies performed by voice actors with live music and sound effects will be posted to Hamilton-Gibson’s website for the public.

Among the classic radio plays being performed will be The Whistler, Easy Aces, Sam Spade, Fibber McGee and Mollie, Popeye the Sailor, and Gunsmoke. Contemporary radio shows will be “The Pepperoni’s” by Eric Coble, The Firesign Theater’s “Sesame Mucho” and an adaptation of “The Fall of the House of Usher.” Several original radio plays have been written for the 2020 festival such as “DadTective” and the return of “Community Pet Corner,” both by Sarah Knight.

To schedule an audition time and receive a script section, email WBFRHG@gmail.com or call Hamilton-Gibson Productions at (570) 724-2079.

To allow for physical distancing, auditions are by reservation only.

There are roles for three women whose characters are in their 30s and one man who plays a character who is between 30 and 40 years of age.

“The View From Here” by Margaret Dulaney is a dramatic comedy. Set in Kentucky in the 1980s, this full length play is the story of a woman who cannot leave the safety of her home, but for a very different reason than a virus pandemic. Both humorous and heartfelt, her story offers hope despite a troublesome existence of anxiety and suffering.

The 3Ds and members of Drowsy Maggie will perform separately and together at 6 p.m. on Friday, June 26 on the outdoor stage on the Central Avenue side of the Deane Center building at 104 Main Street, Wellsboro.

This is the second free concert in the outdoor series being sponsored by the Deane Center for the Performing Arts and the Wellsboro Area Chamber of Commerce.

The band 3D features Wellsboro area musicians David Milano on guitar, Daria Guelig on hammered dulcimer and concertina, and David Driskell on clarinet, flute, whistle and musical saw. They will synthesize their musical styles and play a variety of tunes that include ragtime, jazz, pop, Celtic, old-time music and more.

Three members of Drowsy Maggie will perform as well. Guitarist and vocalist Dan Shipe will sing a variety of folk, bluegrass, and Americana songs. He will be joined by Bruce Smith on standup bass and Daria Guelig on hammered dulcimer and concertina.

Bring lawn chairs and blankets and sit on the grass in front of the outdoor stage or sit on lawn chairs on Central Avenue, which will be closed to traffic between Main and Water streets from 6 p.m. to 8 p.m. on June 26 to provide space for social distancing for those attending.

Other free concerts in the series on Fridays at 6 p.m. include: a deluxe jam session of local musicians on July 3; Scott Turner on July 17; Cole Band, a country rock group on July 31; a jam session on Aug. 7; and the Vineyard Band on Aug. 21.

For more information about this outdoor concert series, call the Deane Center at (570) 724-6220 between 9:30 a.m. and 2:30 p.m. Mondays through Fridays or email office@deanecenter.com. 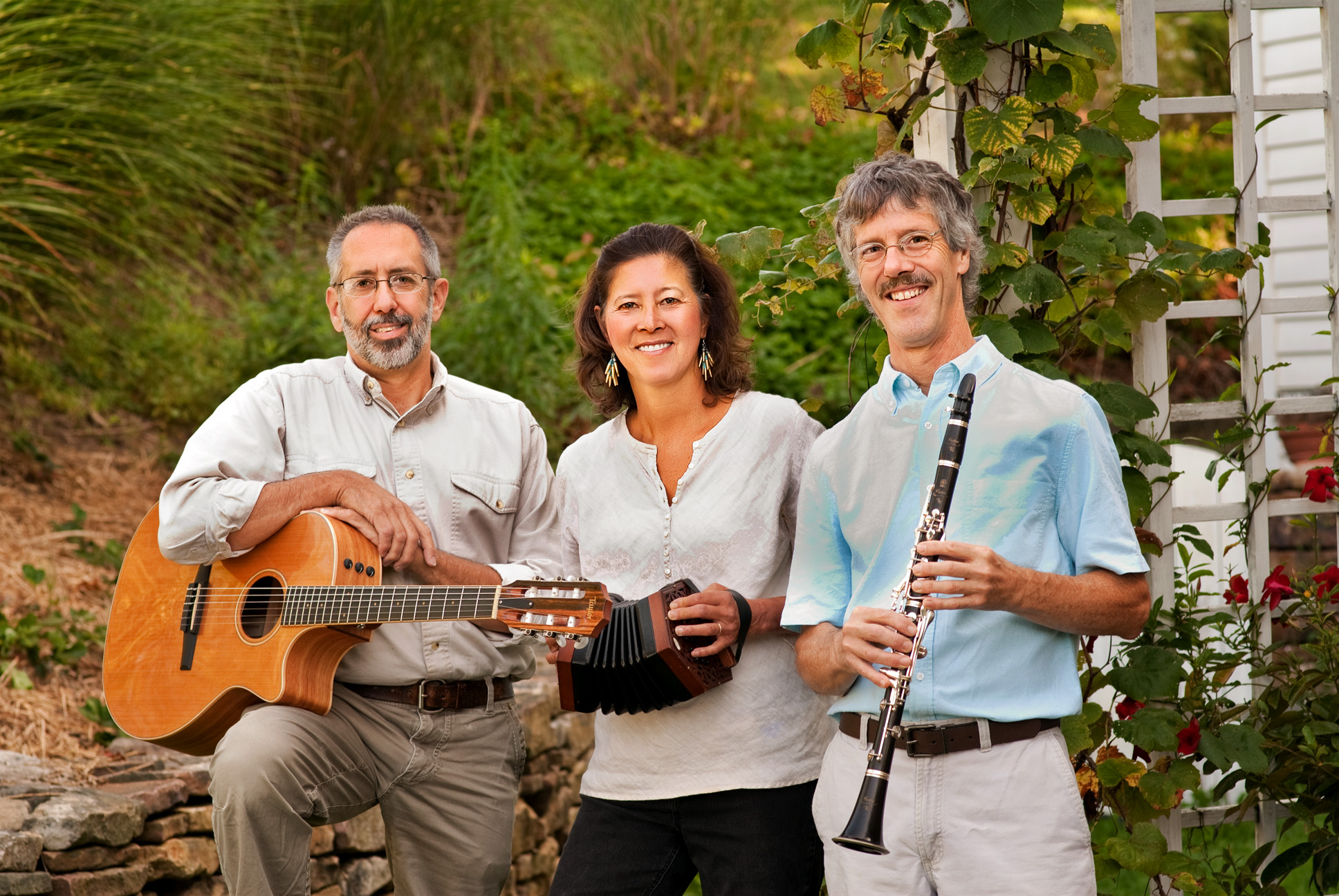 In 2004, the show premiered at the Portland Stage Company in Portland, Maine, breaking box office records and garnering critical acclaim.

“Almost, Maine” is a warm look at love. Written by John Cariani, this play is composed of light-hearted character-driven vignettes that explore love lost, found, and confounded, all happening in the same 10-minute time period during the deepest part of a Northern Maine winter.

The action is set in and around Almost, a small remote town in Maine that doesn’t quite exist. This play is described as “wonderfully weird and laugh-out-loud funny,” “an absurdist romantic comedy with a touch of magical realism.” It “successfully skirts the edges of sentimentality to speak to larger truths about love and friendship in a place that feels like it is at the end of the world.”

Performances were originally scheduled in March and April but had to be postponed due to the COVID-19 outbreak and statewide stay-at-home order.

Because seating is limited to half capacity due to social distancing protocols, it is strongly recommended that people purchase tickets in advance online at hamiltongibson.ticketleap.com or via the HG website (hamiltongibson.org) or by making reservations by calling (570) 724-2079 with credit card information or by email at hamgib@gmail.com and mailing a check to Hamilton-Gibson Productions, Attention Almost, Maine, 29 Water Street, Wellsboro, PA 16901.

Sponsoring this production are Drs. Tina Tolins and Grady Gafford and Rick and Karen Doganiero. 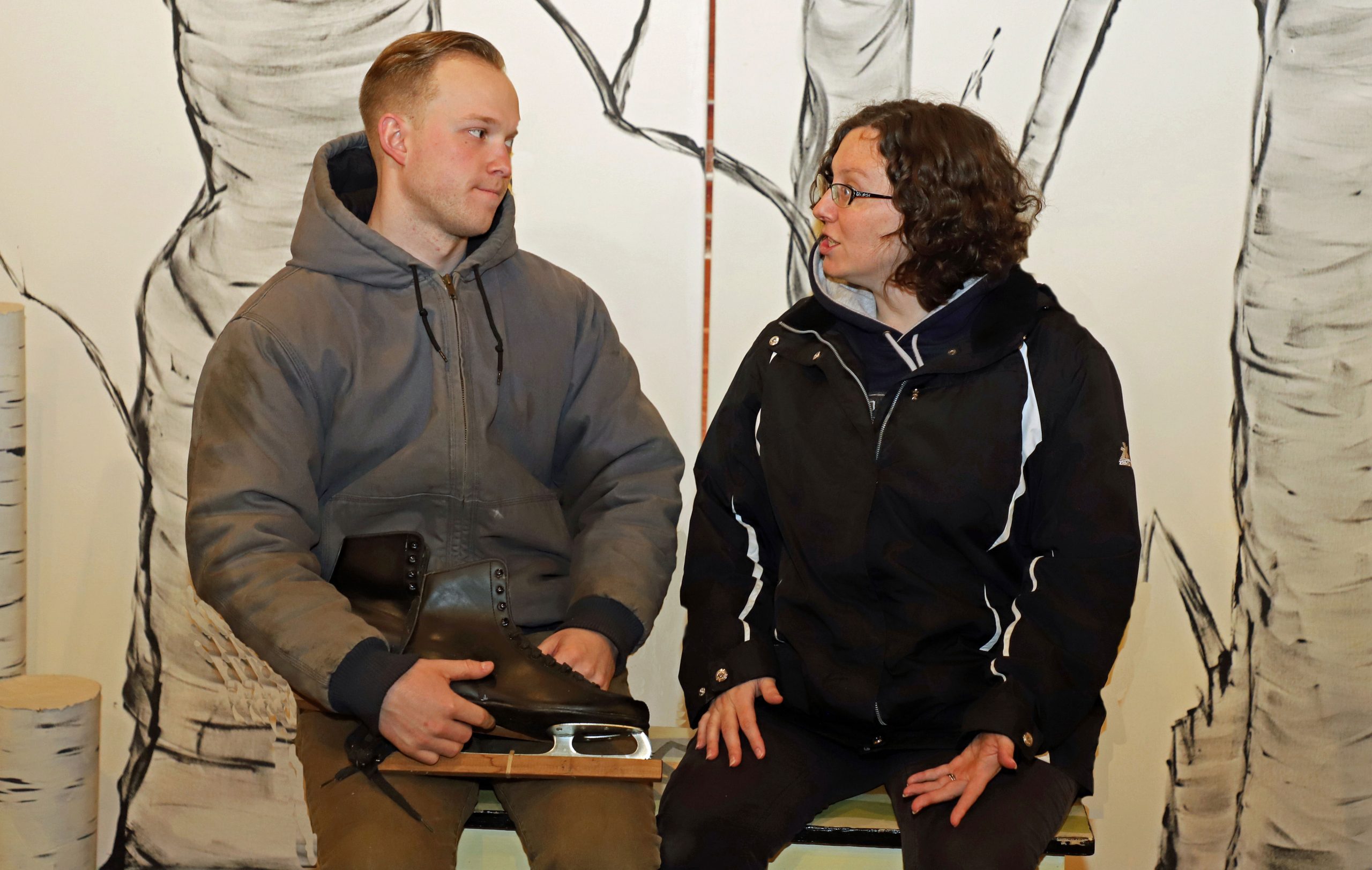 Photo by John Eaton
Husband and wife in real life, Ryan and Laura Mullins play a married couple in crisis during “Where It Went” in Hamilton-Gibson’s production of “Almost, Maine.”