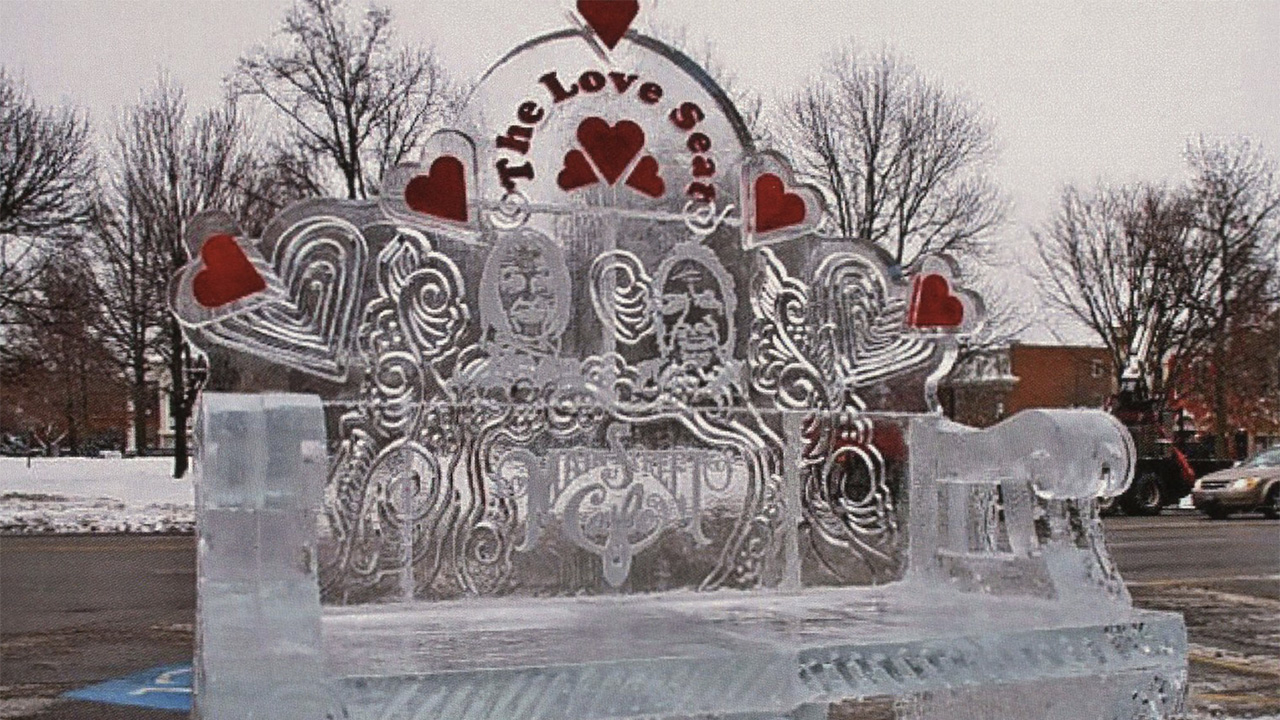 Wijnands has been a guest artist at the festival every year since 2009 and artist-in-residence since 2013.

This is the fourth in a series of videos that are being released on consecutive Wednesdays with music by some of EMMF audiences’ favorite guest artists.

Wijnands video performance is free and beginning today (Feb. 3) can be viewed anytime on the EMMF website at www.endlessmountain.net.

On the video, are seven performances by Wijnands at the piano. The first, “Scratching’ in the Gravel” is an authentic Kansas City swing song written by Mary Lou Williams in 1940 when she was in Kansas City. The last is “Stella Blues”, an old barrelhouse blues style song written by Dink Johnson, Dixieland jazz pianist, clarinetist and drummer, in 1926.

in between are five other familiar songs, the majority of which were composed by Tin Pan Alley songwriters for Broadway shows and Hollywood musicals in the 1930s, 40s and 50s. They are: “Get Happy” composed in 1930 by Harold Arlen with lyrics by Ted Koehler; “I Want to be Happy” written for the 1925 musical “No, No, Nanette” with music by Vincent Youmans and lyrics by Irving Caesar; the jazz and popular standard “I’m Confessin’” recorded in 1929 by Louis Armstrong, one of the most influential figures in jazz; “Pick Yourself Up” written for the 1936 film “Swing Time” with music by Jerome Kern and lyrics by Dorothy Fields and “Love Me or Leave Me” introduced in the 1928 musical comedy “Whoopee!” with music by Walter Donaldson and lyrics by Gus Kahn.

In 1991, he came to Kansas City to perform at the City Light Jazz Club. Wijnands was proclaimed Kansas City’s Ambassador of Swing after performing at Carnegie Hall in 1998.

From 2000 to 2015, he taught jazz piano, arranging for small bands as well as combo and jazz piano techniques and theory at the University of Missouri’s Kansas City Conservatory of Music headed by Bobby Watson. That led to a collaboration at Jazz At Lincoln Center in 2005 where Wijnands performed his Kansas City swing style arrangements and compositions.

Wijnands also taught Jazz piano and bass in Jim Mair’s program at Kansas Community College in Kansas City from 2006 to 2015.

Over the years he has performed with many different artists. Among them are: Deborah Brown, Bobby Watson, the Glenn Miller Orchestra, Bob Kindred, Dukes Boys, The U.S. Coast Guard Band, Slide Hampton, Richard Ross, Milt Trenier, The Scamps and David Grossman as well as many acclaimed European musicians.

Concert tours have taken him across the United States and to the Netherlands, Germany, France, Belgium, Russia, Cyprus, Hungary and Romania.

Today, he teaches private students and holds master classes and workshops around the world.

Being released next week on Wednesday, Feb. 10, is the fifth music video in the series featuring the award-winning Celtic band, Across the Pond.

For tickets to this summer’s concerts, call the Endless Mountain Music Festival Box Office at (570) 787-7800 or visit www.endlessmountain.net. All 2020 pre-purchased season passes will be honored this year. 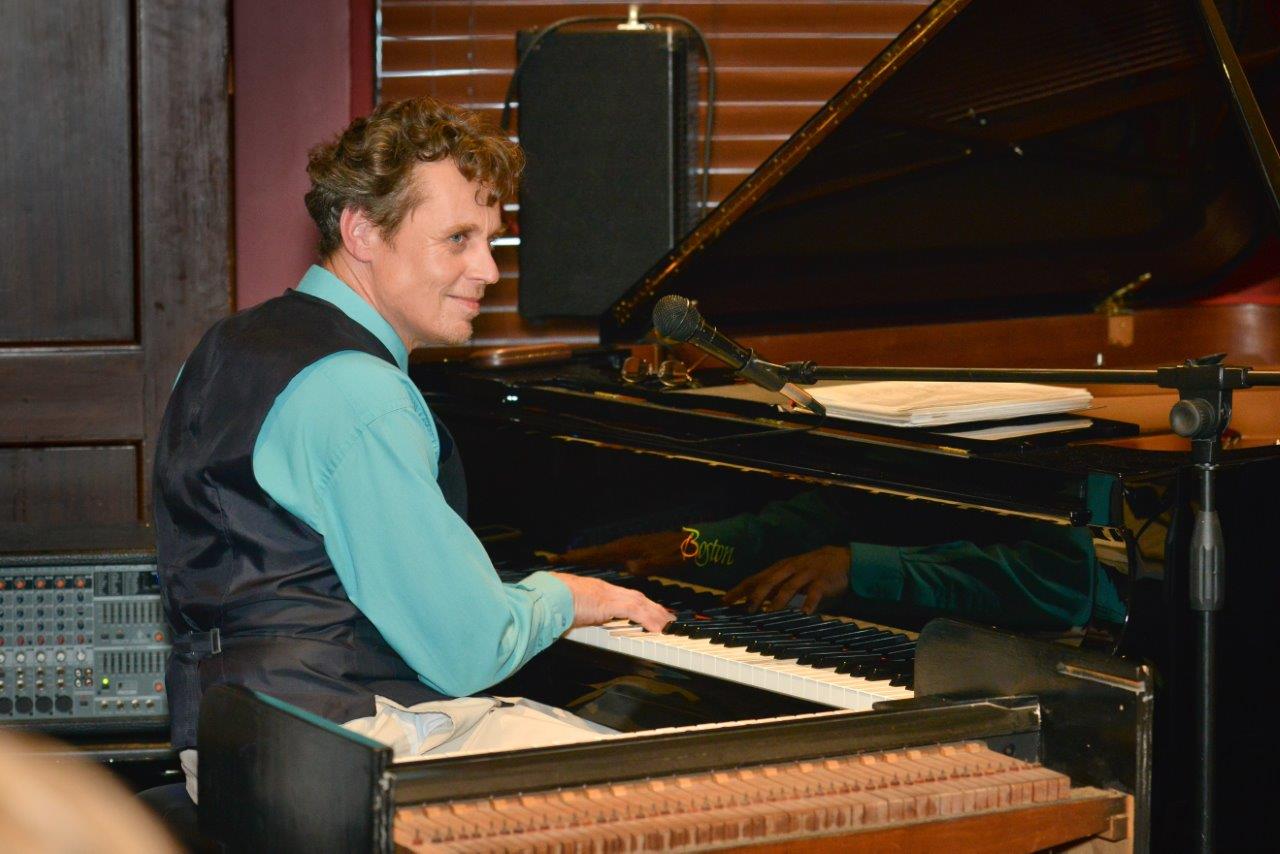 REGISTER NOW FOR THIS FRIDAY’S (FEB. 5) ASTRONOMICAL HIGHLIGHTS OF 2021 VIRTUAL PROGRAM AND FOR THE FRIDAY, FEB. 12 BACKYARD SUGARING VIRTUAL PROGRAM

During the virtual program “Astronomical Highlights of 2021” being presented from 12 p.m. to 12:30 p.m. on Friday, Feb. 5, find out about the planetary conjunction of Venus and Jupiter in February, a partial solar eclipse in June, meteor showers and other night sky events with tips on how to view them. Only those visible in the Northeastern United States, including this area, are included.

This short presentation, complete with visuals of what people of all ages might see in the night sky from their own backyards, will be followed by an open Question & Answer session.

Discover the rewards of making maple syrup right at home through Backyard Sugaring being presented on Friday, Feb. 12 from 12 p.m. to 12:45 p.m. This free virtual program is designed for individuals and families who have little to no experience with syrup making. It will help participants get started in no time.

Both the Feb. 5 and 12 programs will be held virtually via Microsoft Teams. They will NOT take place face-to-face in any state park.

No in-person programs are being held at any Pennsylvania state park until after March 31.

Love will be in the air in downtown Wellsboro on Saturday, Feb. 13 during Valentine’s Day weekend. Seven different sculptures, symbols of love and romance, will be carved from 21.5 blocks of ice weighing 3.23 tons on sidewalks in front of Main Street businesses.

The sculptures will stay right where they are carved until they literally melt away.

The public is invited to watch two master ice carvers at work and ask them questions. It’s free.

The day will begin at 8:30 a.m. in front of the Ginn and Vickery law offices at 99 Main Street with an ice throne for children and adults to sit on and have their pictures taken. The throne will be created from 3,000 pounds of ice, measure seven feet tall by eight feet long and four feet wide and feature hearts and the words “The Love Seat” in red.

Jeffrey Meyers and Ken Diederich, both of Cleveland, Ohio, will demonstrate their carving skills by creating six ice masterpieces from 3,450-pounds of ice on Wellsboro sidewalks with the last one to be finished by 4:30 p.m.

There will be hearts in all different sizes each created from 450 pounds of ice. They include a modern couple that share a heart, lovebirds on a heart with a 3D rose, double hearts and intertwined hearts, along with cupid holding a dove. There will also be an interactive heart carved from 1,200 pounds of ice that will offer more photo opportunities for the public.

The businesses where the ice masterpiece demonstrations will be include: the Arcadia Theater at 50 Main Street; Bethany’s Jewelers at 84 Main Street; Indigo Wireless outside the Deane Center at 104 Main Street; Oregon Hill Winery at 87½ Main Street; Senior’s Creations at 75 Main Street; and the Café 1905 window at Dunham’s Department Store at 45 Main Street.

“Because ice carving can be done in a relatively short period of time, people can stick around to watch a sculpture being created from start to finish,” said Aaron Costic, president of Elegant Ice Creations, Inc., Broadview Heights, Ohio.

The ice sculptures on Saturday and the Mt. Tom Challenge on Sunday, Feb. 14 are the only two Wellsboro Winter Celebration events being held this year due to the coronavirus. “Because the ice carvings are done outdoors, we felt it would be safe to hold that this year,” said Julie Henry, Wellsboro Area Chamber of Commerce executive director. “We do ask that people wear masks over their noses and mouths and social distance.”

For more information about the ice sculptures or Mt. Tom Challenge, call the Wellsboro Area Chamber of Commerce at (570) 724-1926, email info@wellsboropa.com or visit www.wellsoboropa.com.