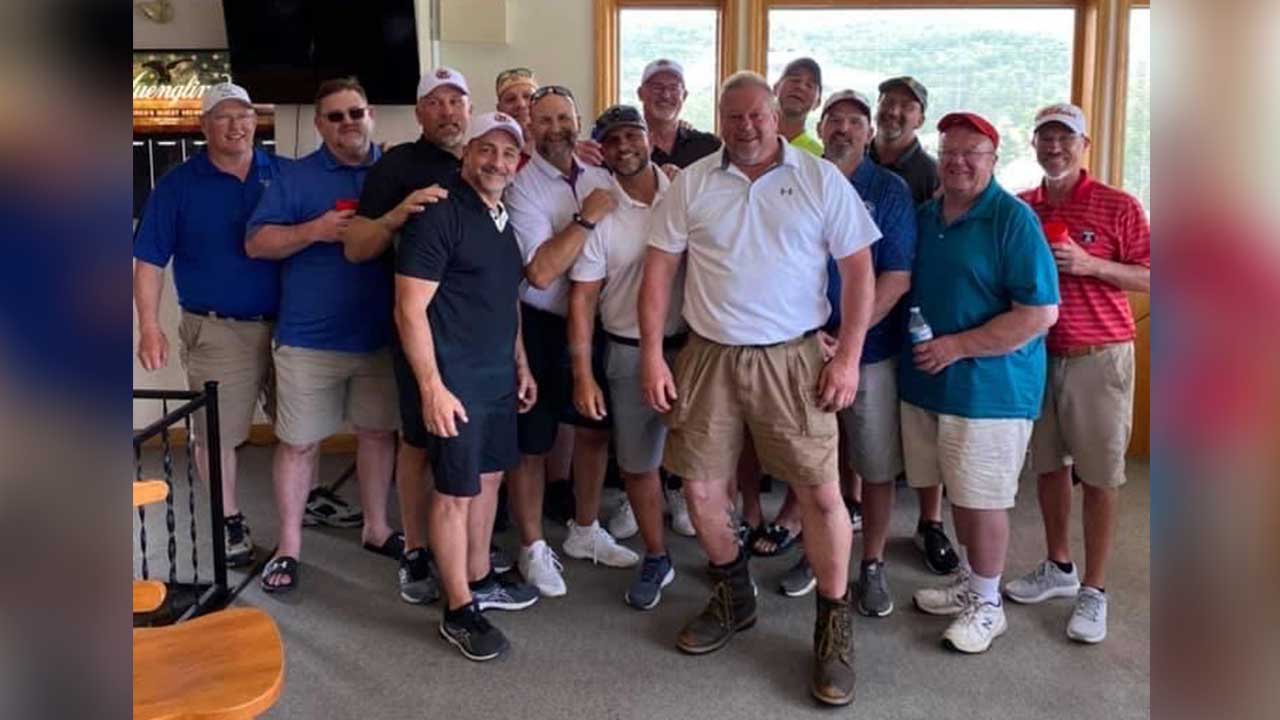 The Steve Zegalia Memorial Golf Outing will celebrate their 10th consecutive event on July 9th at Corey Creek Country Club in Mansfield. The event was originally started by football alumni who attended MU (then Mansfield State College), in the 1970’s. Steve was an admired assistant football coach in the 1970’s under Coach Bernie Sabol and returned to Mansfield from 1985 to 1992 serving as an assistant under Coach Tom Elsasser. Steve died suddenly in 2003.

Rocco Zegalia, son of Steve, is a 1994 Criminal Justice graduate of Mansfield University and talked about the years of work to grow the event to honor his dad. “The first year we were begging people to attend and ended up having 44 golfers. Now, we have online registration in March, and the event sells out in about a 30-minute period for the most part. The event wouldn’t be nearly as successful if it weren’t for the dedicated planning committee.” Planning begins in February for the weekend long celebration commencing with a Friday night happy hour on campus at The Hut, and closing with a post-tournament banquet.
This year the banquet will be held inside Decker Gymnasium to accommodate all the attendees. Because the golf event has gained such popularity, there will be tee times instead of a shot gun start for up to 48 foursomes on July 9th. Last year the event rose over $15,000 with all proceeds benefitting the Mansfield University Sprint Football Program.

To register on-line for the golf outing or the social events for the weekend go to https://ssl.mansfield.edu/athletics/zegalia-Tournament.cfm.