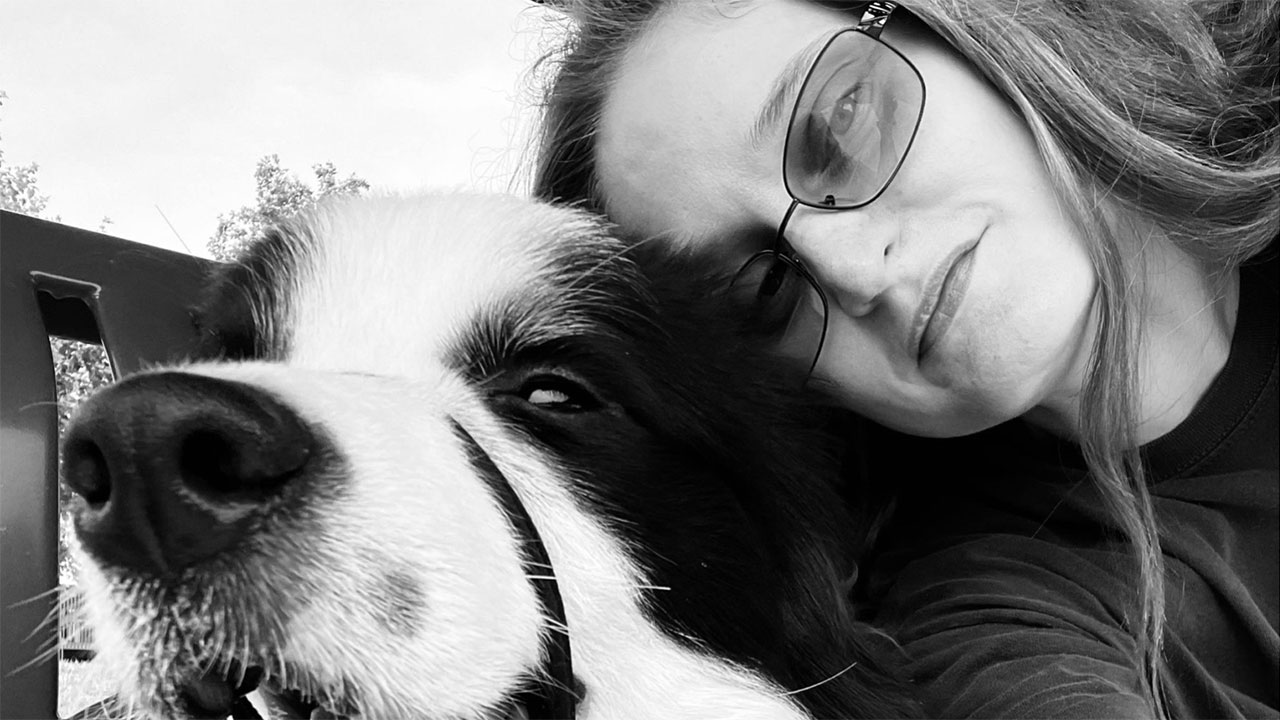 Stephanie Webb to Visit From My Shelf Books & Gifts

Photo provided
Stephanie Webb is shown with her service dog, Lucas. She is currently writing a book about him.

This coming Wednesday, Aug. 25, Stephanie “Stubby” Webb, illustrator of two books written by author Kevin Coolidge, will be visiting his bookstore, From My Shelf Books & Gifts at 7 East Avenue in Wellsboro.

From 11 a.m. to 2 p.m. Webb will be available at the bookstore to sign and personalize copies of the two children’s books she illustrated for Coolidge. “They are: “Molly, the Dog with Diabetes” released on August 3, 2018 and “Huck & Finn, Bookstore Cats,” a picture book released on August 2, 2019. “The artwork she did for both is beautiful,” Coolidge said.

“While she is in town, Stephanie will be signing new copies and previously sold copies of those books,” said Coolidge. “This is the first time she has ever been in Pennsylvania. Her visit offers a rare opportunity for people who already have a copy of these books to get her to sign them. It also offers those who want to buy either one to get both of our signatures,” he said.

“Stephanie is traveling from her home state of Iowa to York, Pa. to visit another writer she is illustrating for. She has wanted to come to Wellsboro for years but Iowa is quite far and life got in the way. Now, she will get to see the bookstore and talk with me about upcoming projects,” said Coolidge.

“I first met her on Facebook playing an online game called Super Hero City. That’s how all of this came about,” he said.

“Although she illustrates for me and other authors, Stephanie is writing her first book. It’s about Lucas, her real life service dog and how he helps her and what a typical day is like for him. Lucas will be with her. I know that Huck and Finn, our bookstore cats, will be keeping a close eye on him,” Coolidge laughed.

In March of 2014, Coolidge and his wife Kasey adopted Huck and Finn from the same litter through Animal Care Sanctuary in Wellsboro. Huck is a black and white tuxedo cat. Finn is all black. They were named for the main character in Mark Twain’s novel, “Adventures of Huckleberry Finn.”

“Stephanie did a terrific job illustrating ‘Molly, the Dog with Diabetes,’ a true story I wrote about our neighbors’ dachshund mix and her journey with diabetes. I felt that writing about what Molly goes through would show children with diabetes they can live a normal happy healthy life if they take care of themselves,” said Coolidge.