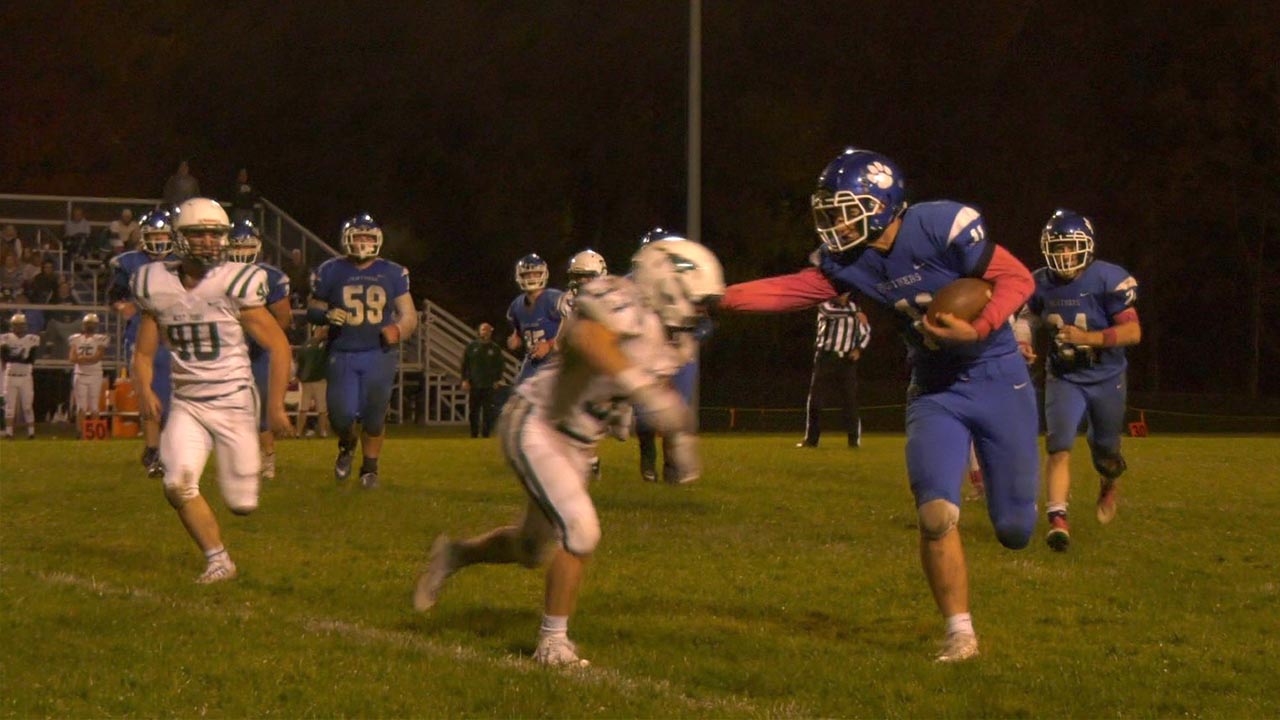 A 14-points 3rd quarter pushed the North Penn-Mansfield Panthers to a 20-14 win over Wyalusing on Friday, October 21.

The Panthers took an early lead over the host Rams with 5:34 remaining in the opening quarter on a one-yard run by Kohen Lehman, but the Rams would tie the game with just over a minute remaining on a short pass from Parker Petlock to Joey Gonsauls. Wyalusing took the lead on a 6-yard run by Liam Franklin and converted the two-point conversion to go up 14-6.

Once the second half started the Panther defense forced a quick turnover, a Gabe Bellows interception, that gave North Penn-Mansfield excellent starting field position. The Panthers capped the drive on a 32-yard pass from Karson Dominick to Sammy Lawrence. The two would then connect on the two-point conversion knotting the game at 14-all.

The Panthers took the lead back over on their ensuing drive and forcing a Wyalusing punt. Aided by a personal foul that pushed the ball near midfield, Dominick connected with Lawrence again, this time from 52 yards away, putting the Panthers up 20-14 with 7:48 left in the third.

Dominick completed 10-of-20 passes for 225 yards and a pair of scores. Lawrence caught 5 passes for 156 yards.

The win improves the Panthers to 2-7 overall (2-6 NTL Large School Division) heading into their annual rivalry match up with Wellsboro for the Morton F. Jones Trophy.