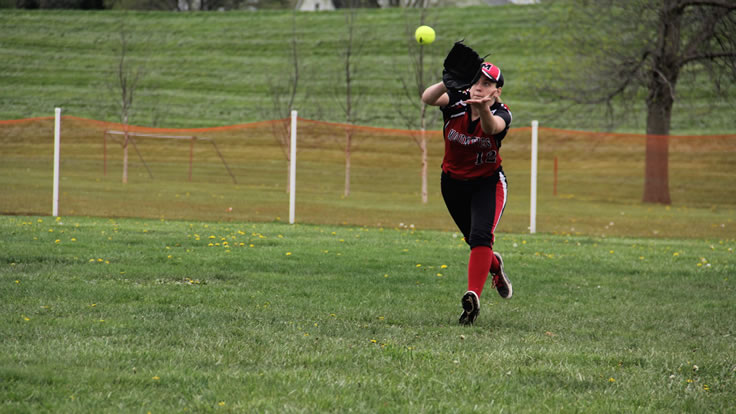 The Wellsboro Varsity Softball team had their six-game win streak snapped on the road against North Penn-Liberty on Saturday, May 7.

The Lady Hornets jumped out to an early 2-0 lead in the second inning as Darci Warriner and Alexa Singer eached scored, but the Lady Mounties scored 3 runs in the fourth and 2 in the fifth. Krissy Buchanan, Lauren Smith, and Savanah Doney scored in the fourth for North Penn-Liberty and Britta Berguson and Emily Strange crossed home plate in the fifth.

Wellsboro got one run back in the sixth from Sarah Ingerick, but couldn’t complete the rally.

Singer and Ingerick were both 2-for-3 and Singer added 2 RBI’s. Sophomore Brianne Keane, senior Jenny Young and Warriner added the other Wellsboro hits on the afternoon. Alyssa Yungwirth pitched a complete game for Wellsboro and allowed 5 runs (3 earned) on 8 hits and 8 strikeouts.

Berguson was 2-for-3 at the plate for North Penn-Liberty, Buchanan was 2-for-4, Smith, Doney, and Carmen Bates were all 1-for-3, and Brooke Harvey was 1-for-4. Doney pitched a complete game and allowed 3 runs (3 earned) on 7 hits with 3 strikeouts.

The loss drops Wellsboro’s record to 11-3, while North Penn-Liberty improves to 9-4.