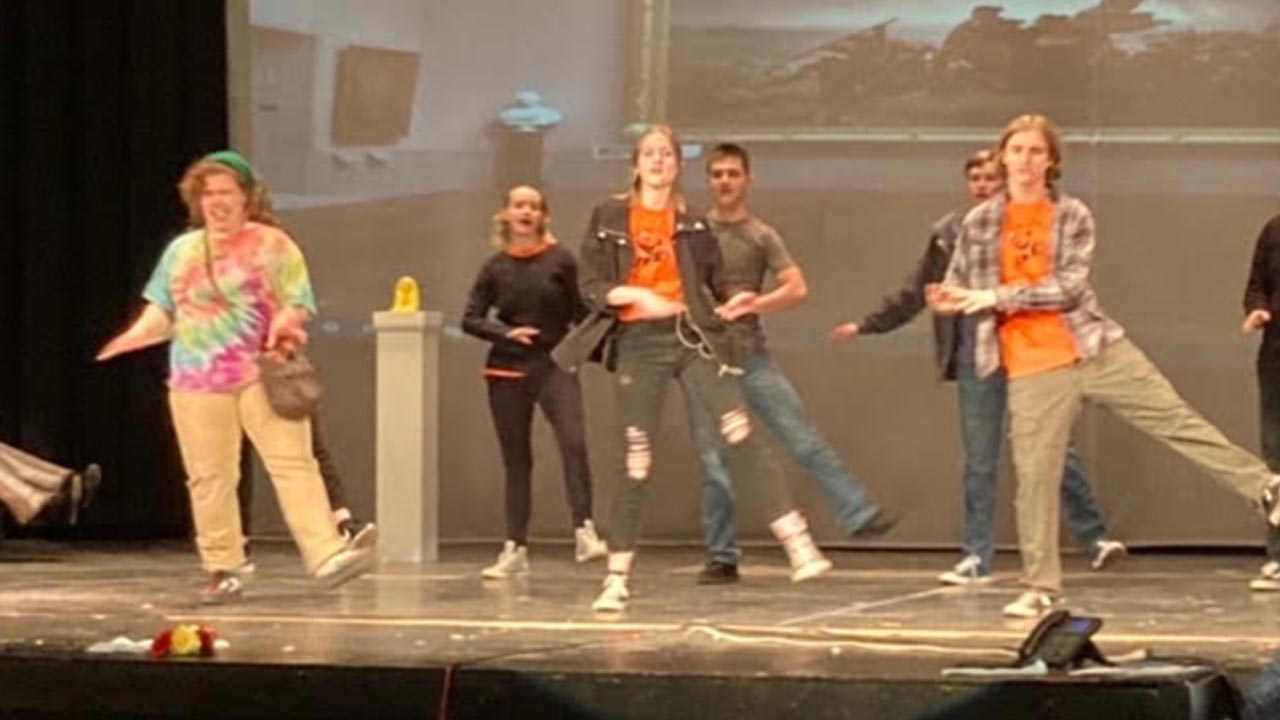 The curtain rises on The Lightning Thief, The Percy Jackson Musical at North Penn Mansfield Jr./Sr. High School this weekend. This new musical is based on a series of books about the adventures of 12 year old Percy Jackson. The story is fun, the music is infectious and the talented students are amazing! 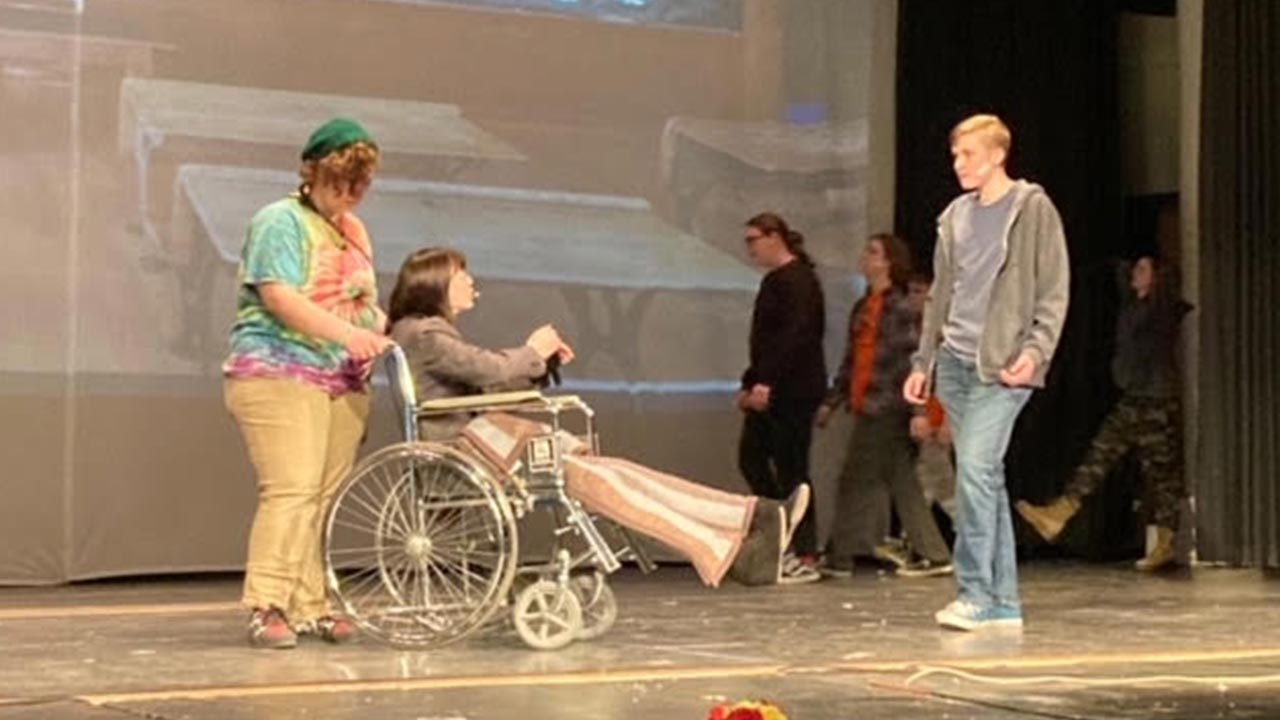 Producing a theater experience is a complicated process. The large cast of over 35 students, grades 7 through 12, was announced after Thanksgiving break. Since then, scripts have been memorized, sets and props have been designed and built, and costumes created. Many hours of rehearsal have been required of all. To be able to do a show this new, $1,600 for the rights had to be raised. The community stepped up and ensured that the school would get to produce The Lightning Thief. 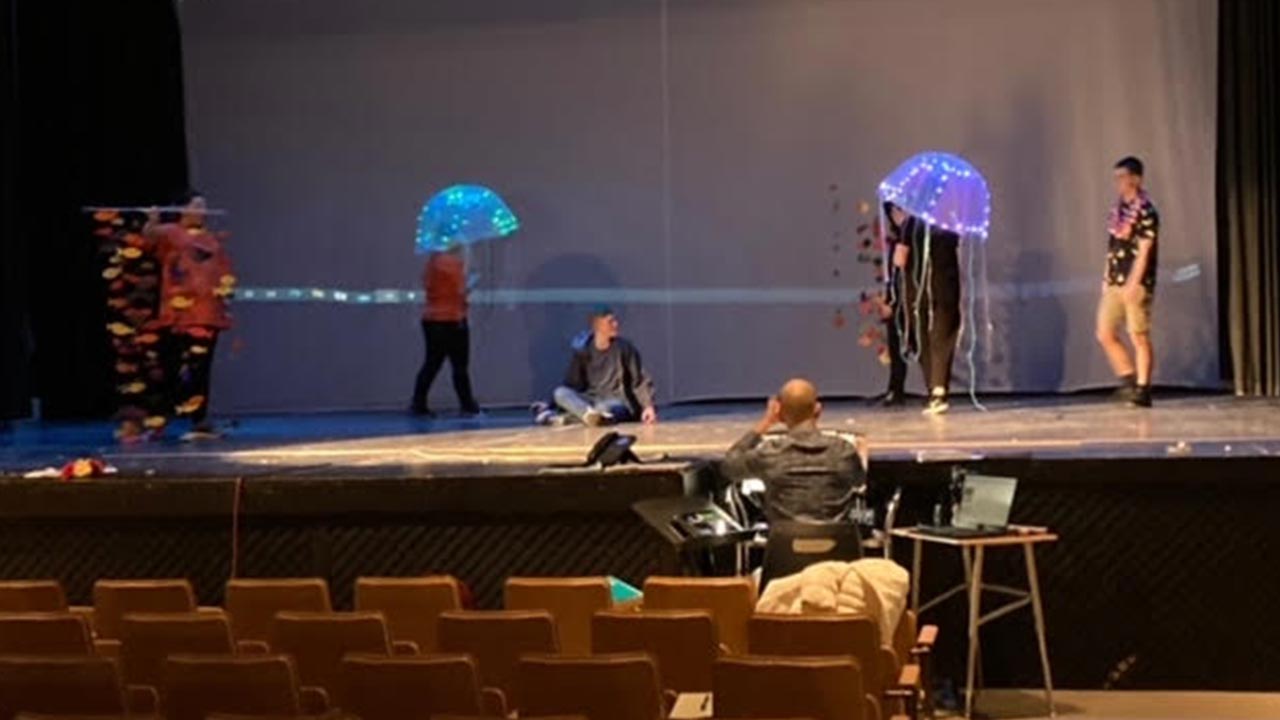 For the students, being a part of the theatrical process develops real life skills such as the importance of dedication and teamwork. It takes many people to commit to seeing the project through to the end. Every role in the production (on stage and behind the scenes) is important and the reward for their hard work is the applause opening night!
The teachers and volunteers who make sure students have a valuable experience deserve a standing ovation. Their willingness to give of their time and resources is also an example of the power of dedication and teamwork.

There are three opportunities to see The Lightning Thief, The Percy Jackson Musical this weekend. Shows are Friday and Saturday, February 25 and 26th at 7:00 PM, and Sunday the 27th at 2:00 PM in the Berresford Auditorium. Tickets are just $5.00 for students and $8.00 for adults. You can call 570-662-2674 or visit showtix4u.com for tickets. This is a North Penn Mansfield school musical you don’t want to miss! 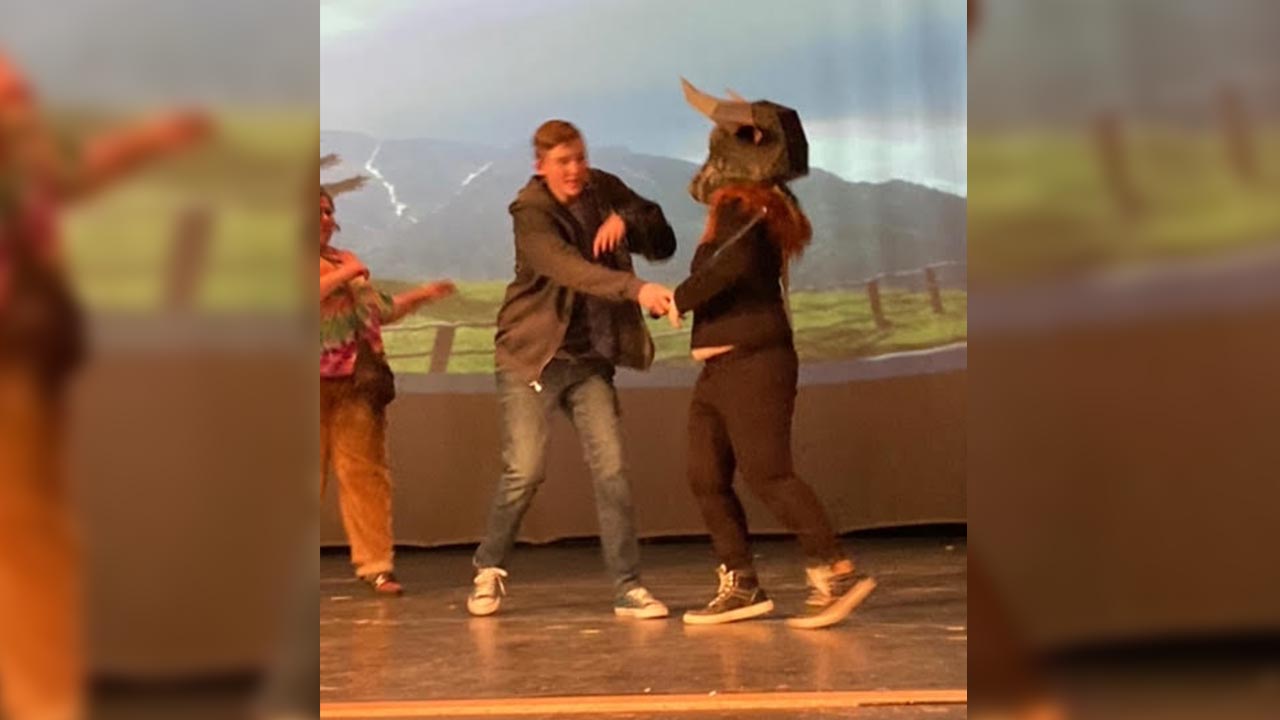