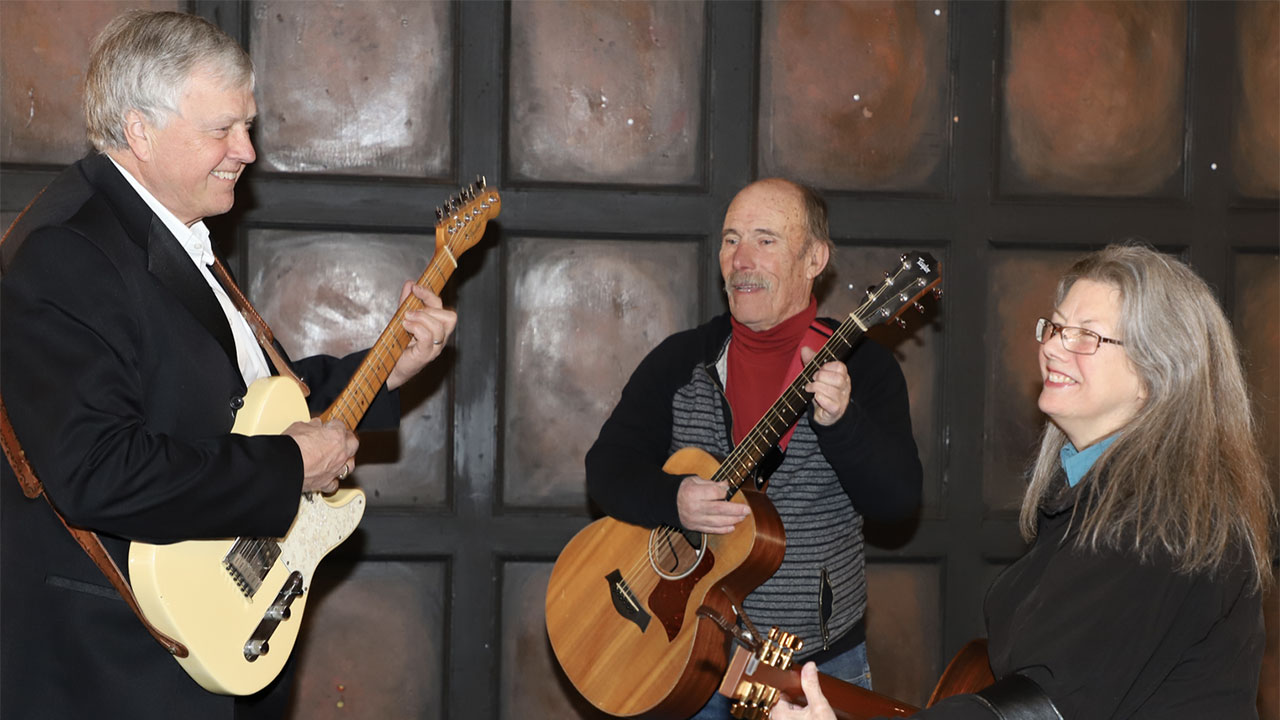 Hamilton-Gibson To Present Performances Of “Ring Of Fire”

Photo by John Eaton
Among the “Ring of Fire” performers are Sandy Higgins (left), Mark Moffett and Cindy Basitan.

Hamilton-Gibson is taking its production of “Ring of Fire” on the road. This unique musical features more than two dozen classic tunes from the iconic songbook of the late Johnny Cash. It is for all ages.

Six multi-talented cast members and four instrumentalists will perform hits by “The Man in Black,” such as “I Walk The Line,” “A Boy Named Sue,” “Folsom Prison Blues,” and the title tune to paint “the essence of an American experience” through multiple characters, none of whom are called Johnny Cash.

Cast members are: Cindy Bastian and Eric Bailey, both of Mansfield; Frank “Sandy” Higgins of Blossburg; Logan Route of Canton; and Anne Acker and Noyes Lawton, both of Wellsboro.

Instrumentalists include: Thomas Putnam at the piano, Gordie Dunlap on drums, Mark Moffett on guitar and Pete McLelland Sr. on upright bass. Putnam and Dunlap reside in Wellsboro, Moffett in Middlebury Center and McLelland in Mansfield.

All six cast members and two of the four instrumentalists were in HG’s original production performed in March of 2018.

The Cowanesque Valley and Williamson performances are being sponsored by the Deerfield Charitable Trust. Admission to each one is Pay-What-You-Can.

Admission to the Wellsboro Johnston Airport performance is $14 per adult and $6 for youth 18 and under. A FlexPass is $60.

Tickets can be purchased at hgp.booktix.com. For more information or tickets, call Hamilton-Gibson at (570) 724-2079 or email hamgib@gmail.com.