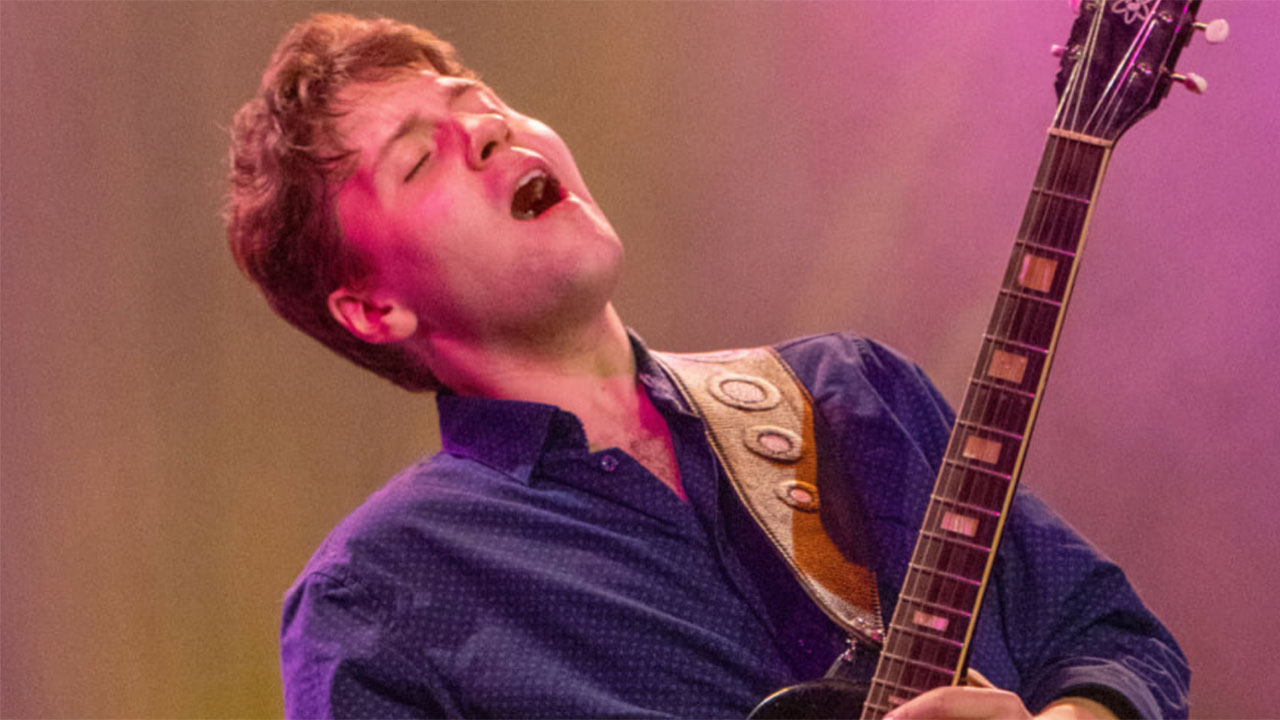 At 6:15 p.m. this Friday, Aug. 27, the Gabe Stillman Band is kicking off a three-day “Album Release Weekend” for Stillman’s “Just Say The Word” with a free concert on the outdoor stage at the Deane Center for the Performing Arts at 104 Main Street in Wellsboro. The outdoor stage is on the Central Avenue side of the building.

This free concert is also part of the Deane Center’s outdoor series. Donations are appreciated.

An ace guitarist and singer, Stillman leads the band, which includes Colin Beatty of Williamsport on bass guitar and Ray Hangen of Buffalo, N.Y. on drums.

Stillman’s first full length album is being released worldwide by the VizzTone Label Group this Friday and will be available for purchase in Wellsboro. It marks the band’s rise to the national and international stage.

“Just Say The Word” includes thirteen thoughtfully crafted originals plus two covers that further solidify Stillman’s reputation as an accomplished guitarist and songwriter. The lyrics and arrangements are diverse and heart throbbing with messages that are both personal and universal. “Just Say the Word” appeals to those in the blues world while stretching the boundaries into that realm of “just great music” that defies category.

Produced by Anson Funderburgh at Wire Recording in Austin, Texas, “Just Say the Word” is a compelling listen from beginning to end, with powerful contributions from the Texas Horns and special appearances by Funderburgh, Sue Foley, and Greg Izor.

Release weekend for “Just Say The Word” will continue on Saturday, Aug. 28 at 7 p.m. with Stillman and his band performing at Jeremiah’s above the Bullfrog Brewery at 219 West 4th Street in downtown Williamsport and end on Sunday, Aug 29 with a performance at The Iron Fork in Danville.

For the free concert in Wellsboro, bring lawn chairs and sit on the grass in front of the outdoor stage or on Central Avenue, which will be closed to traffic between Main Street and the Warehouse Theatre.

Call the Deane Center at (570) 724-6220, email office@deanecenter.com or visit deanecenter.com for more information about the free Friday concert series.