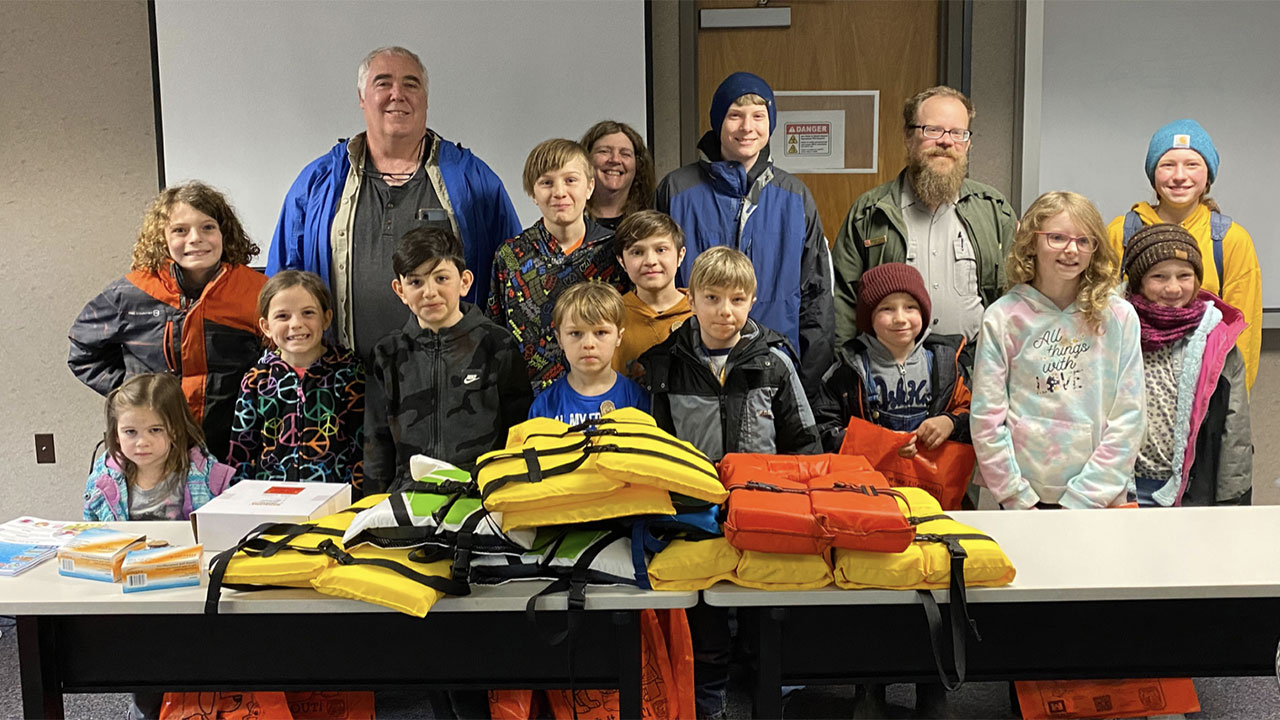 Photo provided
Four members of the Friends group, including Sean Minnick (back row, second from left), assisted U.S. Army Corps of Engineers Park Ranger Brandan Crabill (back row, sixth from left) in presenting badges to youth who participated in the first Junior Ranger program on March 25. The youngsters are shown with life jackets because water safety is part of the Junior Ranger program.

Thirty homeschooled students from Tioga County each completed an activity book and were sworn in as Junior Rangers. This free program is new. The Corps will be running it this summer and for many summers to come.

Campers and visitors at Ives Run Campground on Hammond Lake and Tompkins Campground on Cowanesque Lake can pick up an activity book from a ranger or camp host this summer, finish a series of activities, such as interviewing park rangers, completing scavenger hunts, and/or answering questions about the park, and be sworn in as Junior Rangers.

Junior Rangers are usually between the ages of 5 and 13 and take away a wealth of knowledge along with their new badges. Parents will need to help younger children who cannot read or write.

The Friends group has supported this activity by purchasing Junior Ranger badges, the ultimate memento.

For more information about the free Junior Ranger program, call the Visitor Center at Ives Run at (570) 835-5281.