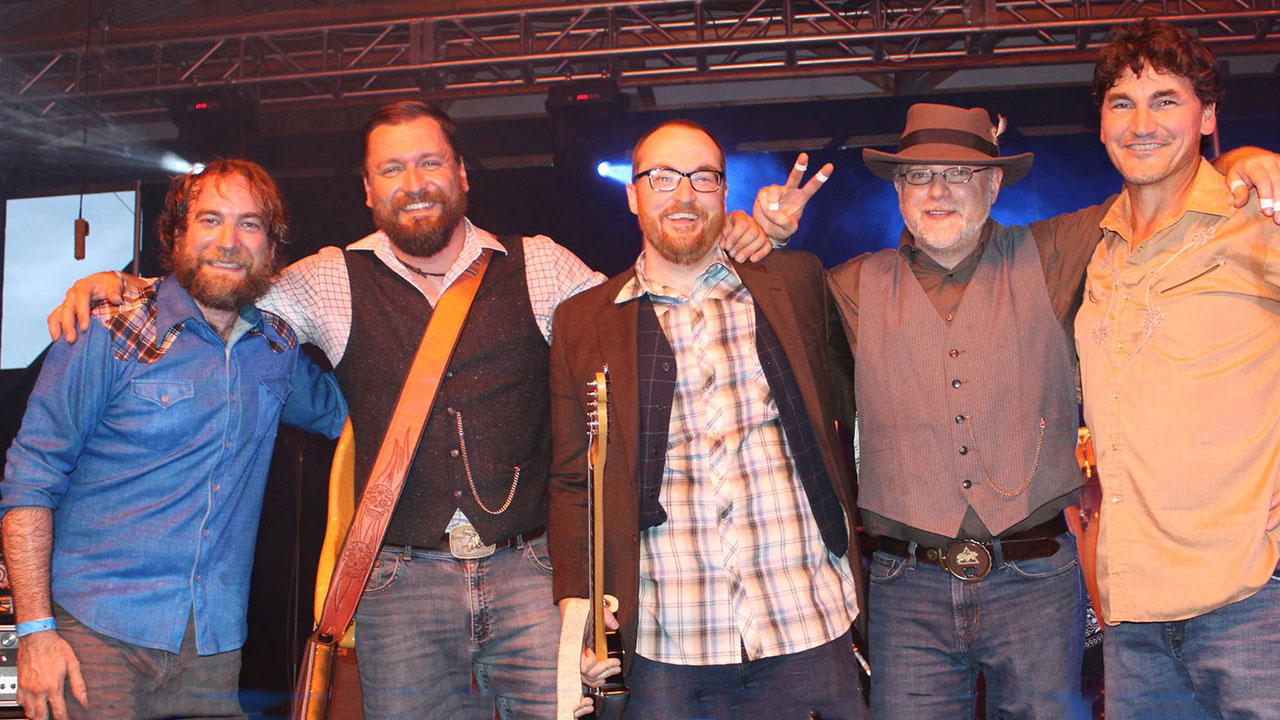 This Friday, Aug 26 at 6 p.m., the free Deane Center Outdoor Concert Series will feature a performance by Yetsu, the five-member band formerly known as Boot Hill.

The concert will be on the outdoor stage at the Deane Center for the Performing Arts at 104 Main Street in Wellsboro. If weather becomes an issue, the concert will be in the Coolidge Theatre. Donations are always welcome and appreciated.

Bring lawn chairs and sit on the grassy area in front of the outdoor stage or on Central Avenue, which will be closed to traffic between Main Street and the Warehouse Theatre from 6 p.m. to 8 p.m.

Band members are: Joe Callahan of Wellsboro on guitar; Sean Monroe of Horseheads, N.Y. on bass guitar; Mike Watkins of Addison, N.Y. on piano, organ, accordion, mandolin and fiddle; and Mike Nickerson on drums and Joe Narde on percussion, both of Corning, N.Y.

Yetsu will perform their rock to roots, blues to country, pop to indie original music from their debut album. Lovers of old school AM radio will immediately recognize the range of styles.

The five collaborated on writing and arranging the music and share the roles of lead and harmony vocalists from song to song, capitalizing on their well-known powerhouse sound.

“Wanderlust” is a rootsy barn burner that showcases Watkins’ multi-instrumental abilities as he switches seamlessly between fiddle, accordion, and piano. “Mrs. Davis” features Monroe’s Otis Redding-meets-Paul McCartney vocals and simultaneously combines 1980s rock with 1960s soul. “Clear Skies” would be at home at a hippy music festival or in heavy rotation on a college radio station. “Mind of a Man” burns slow, makes you cry, and leaves no survivors.

The band’s debut album features guest vocals and guitar parts from local music legend Houston Baker and was produced and recorded by Grammy-winning producer Will Russel at Wilburland, his Ithaca-based recording studio.

The last free concert in the series will feature South Penn Dixie on Friday, Sept. 2 at 6 p.m. This band is Lehigh Valley’s newest and only all modern country band that brings together a mix of great musicians that have years of experience playing all types of music.

For more information about the free concert series, call the Deane Center at (570) 724-6220, email office@deanecenter.com or visit deanecenter.com.