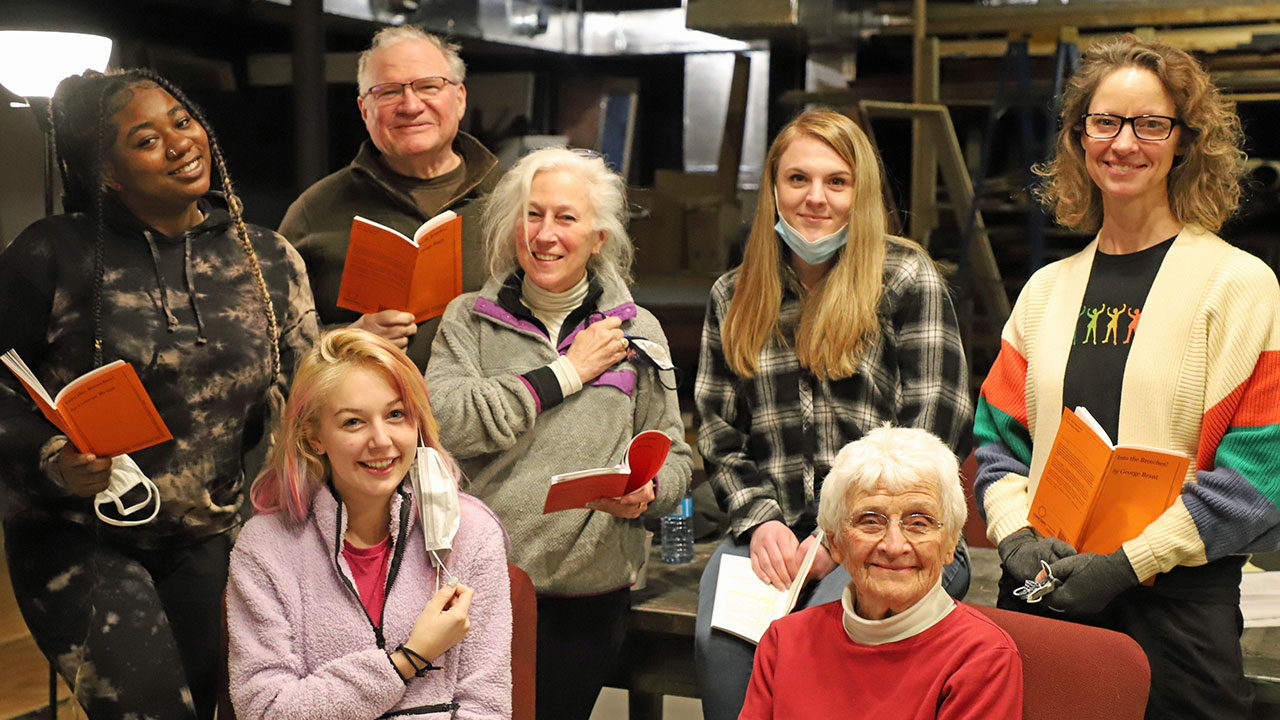 Cast Is In Rehearsals For Hamilton-Gibson’s “Into The Breeches”

Now in rehearsals are the eight cast members of Hamilton-Gibson’s production of “Into The Breeches”, a comedy written by award-winning American playwright George Brant.

Thomas Putnam is the director and Barbara Biddison is the assistant director. “This is a very funny play with tender moments and an ending that packs a punch,” Putnam said

This delightful comedy explores how a community theatre grapples with the loss of its male artistic director and leading men who are fighting overseas in World War II.

In the time-honored tradition of “the show must go on”, the director’s wife assembles an all-female cast to present Shakespeare’s “Henriad.” The unexpected team delivers through collaboration and persistence.

“Into the Breeches” has six female cast members.

Samantha Coolidge of Blossburg is Maggie Dalton, a talented but untested director who is passionate, determined and smart.

Kathryn Sheneman of Millerton is Celeste Fielding, the leading lady who has had the starring female role in every production.

Nikki York of Mainesburg is Winifred Snow, an untalented but enthusiastic socialite who is benevolent but slightly vacant.

Jordyn Coffee of Wellsboro is June Bennett, the beautiful and endearingly innocent ingénue.

Megan Gallant of Asaph in Shippen Township is Grace Richards, a raw talent who is meek and humble.

Performances are Friday, Saturday and Sunday, April 1, 2 and 3, and Friday and Saturday, April 8 and 9 in the Warehouse Theatre at 3 Central Avenue in Wellsboro.

Sponsors of this production are Larry and Barbara Biddison.

A FlexPass is $75 that an individual can use to see six different shows or to attend one show and bring five friends.

Order tickets in advance at hgp.booktix.com or by calling the HG office at (570) 724-2079 with credit card information.