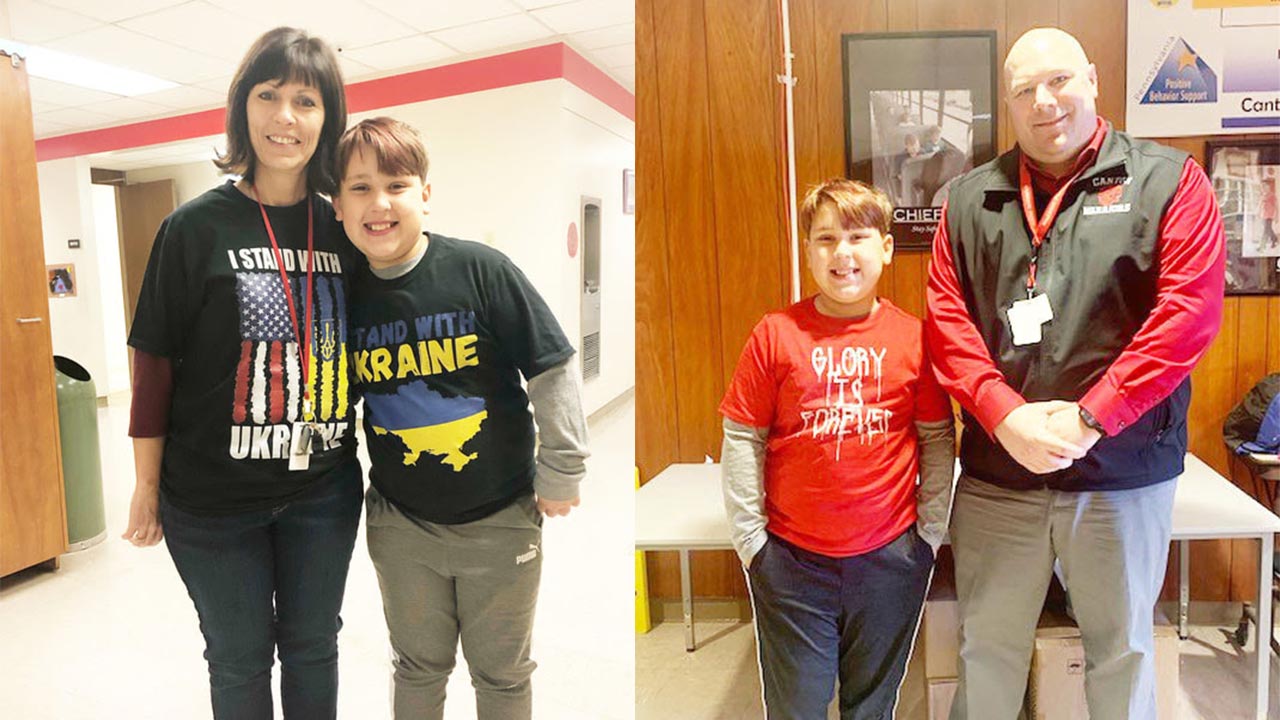 Remy proposed the idea to the elementary’s principal, Mike Wells, in hopes that he, and his fellow classmates, could raise money to be sent to the Ukrainian Red Cross and Care.org to help provide medicine, food, water and shelter to those in need in Ukraine.

“I heard that over 2 million people had to leave their homes and it’s just not fair. And it’s not fair for anyone from the age of 18-60 to have to leave their wives and kids,” said Remy, who says he has watched a lot of news unfold in the eastern European country.

Remy encouraged his fellow classmates, and the entire school, to give to those who are facing these hardships right now.

“I’ve had to tell my friends about what’s happening in the world and why they should care to tell others too. It’s really good to help people and that’s the ‘Warrior Way,’” said Remy.

All of the elementary classes raised change last week, from March 21-25, and the grades that collected the most were awarded with an ice cream party.

The winners were the fourth grade classes (who won an ice cream party) and the school raised $2,000 for the Ukrainian people.

“All of the Warriors have been really good about bringing in their change,” said Remy. “It makes me feel good because it let’s me know that they care too.”

“Through this coin drive, Remy has demonstrated leadership skills and initiative to support others who are dealing with challenging times. Through Remy’s leadership, once again, the school community came together to help individuals who were in need of additional support as they continue to navigate challenging times. This is what the ‘Warrior Way’ is all about. We are proud of the work he has done!” said Superintendent of Canton Area School District, Dr. Eric Briggs.

Remy says he would like to thank his “Mimi” (Mrs. Cole) for helping him with this project.

“She helped us count throughout the week,” said Remy.
​
Remy is a fourth grade student of Mrs. Castle. He is the son of Robert and Cassi Blaney of Canton.