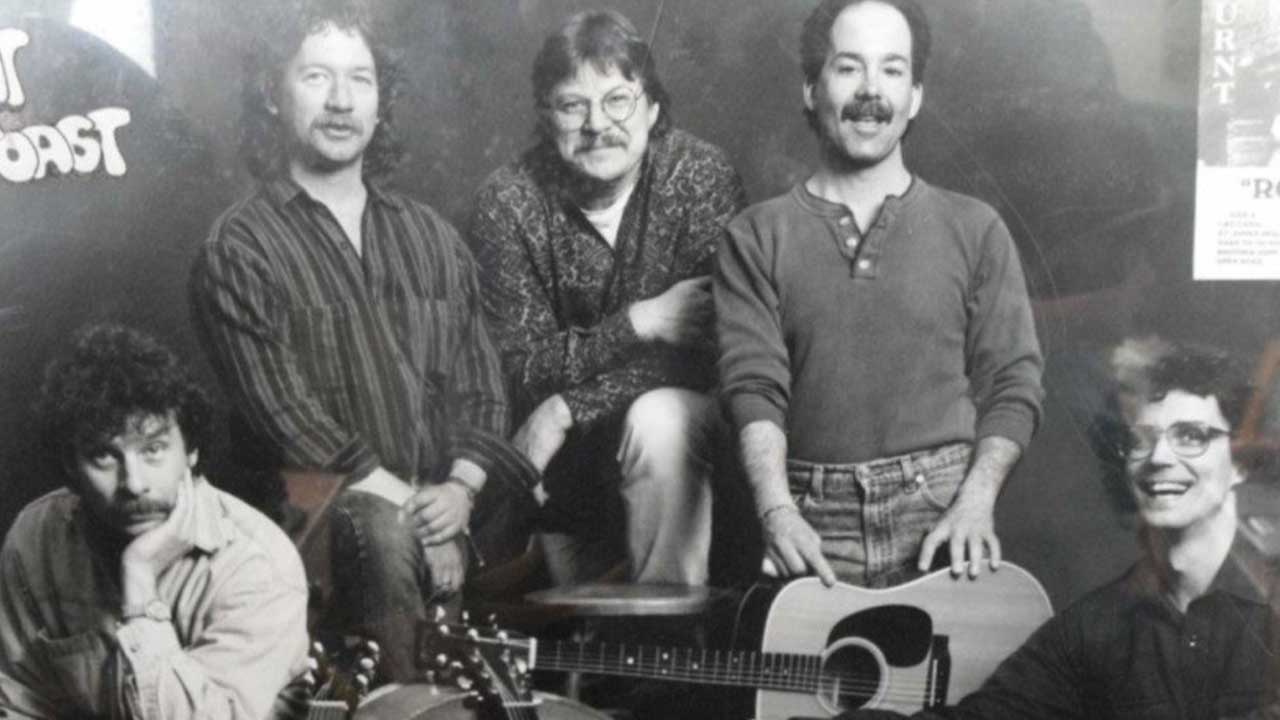 Photo by Kathy Scranton
Pictured are the five original members of Burnt Toast, including (from left): Fred Lantz, Craig Vance, Steve Belcher, Danny Shipe and the late Tom Hoover. Jeff Wisor became a member a couple of years after the band was formed and Hoover had moved away.

PRESS RELEASE:
Burnt Toast is holding a reunion concert at 7 p.m. on Saturday, July 17 in the Coolidge Theatre at 104 Main Street in Wellsboro.

On stage will be Steve Belcher, founder of Burnt Toast. He is the only band member who is a native of Wellsboro. He grew up learning music from the likes of “Noddy” Bujno, Art Lofgren, Pat Davis and Zibby Brambrilla.

Performing with Belcher will be original band members Danny Shipe of Wellsboro who was raised in Springfield, Chester County, Pa.; Fred Lantz who grew up in Bennington, Vermont and lives there today; Craig Vance who was raised just outside of Washington, D.C. and now lives in Asbury Park, New Jersey; and Jeff Wisor who lived in Corning, N.Y. and then moved to Nashville, Tennessee where he lives today.

When Burnt Toast was originally formed, Belcher, Shipe and Tom Hoover all lived in Wellsboro and Lantz and Vance were from out-of-state.

“Jeff and I met years ago when we played in a band called the Bluegrass Dinosaurs,” said Belcher. “After Tom (Hoover), an original band member, left Wellsboro and moved to Virginia, we asked Jeff to join Burnt Toast and he did.”

Asked how he founded Burnt Toast, Belcher said, “In 1994, Danny, Tom and I were in North Fork Alliance, a Wellsboro-based band that was playing at a festival in the Catskills. Fred and Craig were in a band called Summit. In the afternoon, we were all sitting backstage and jamming with each other. I said something like ‘This would really make a great band,’ and they said, “Hey, man, if you want to put it together let’s do it.’ We did our first job as Burnt Toast at the Gaslight in Wellsboro that same year,” said Belcher. “I am pretty sure it was 1994 but couldn’t tell you what month that happened or the date of our first gig,” he said.

“We played in the Wellsboro area and were also popular in New England. In 1996, we performed in Ireland. That was the only time we played in another country as Burnt Toast.”

Belcher will perform on upright bass, Shipe on guitar, Lantz on mandolin, banjo and dobro, Vance on guitar and Wisor on fiddle. “We have a set list but what we play during the concert will be a surprise, probably even to us. Many of the people in the audience know the songs we played better than we do and may ask us to play their favorites,” Belcher said.

Tickets are $25. Audience members can bring their favorite snacks and beverages to this BYOB concert. For tickets and to reserve a table, call the Deane Center for the Performing Arts at 570-724-6220 or visit deanecenter.com.