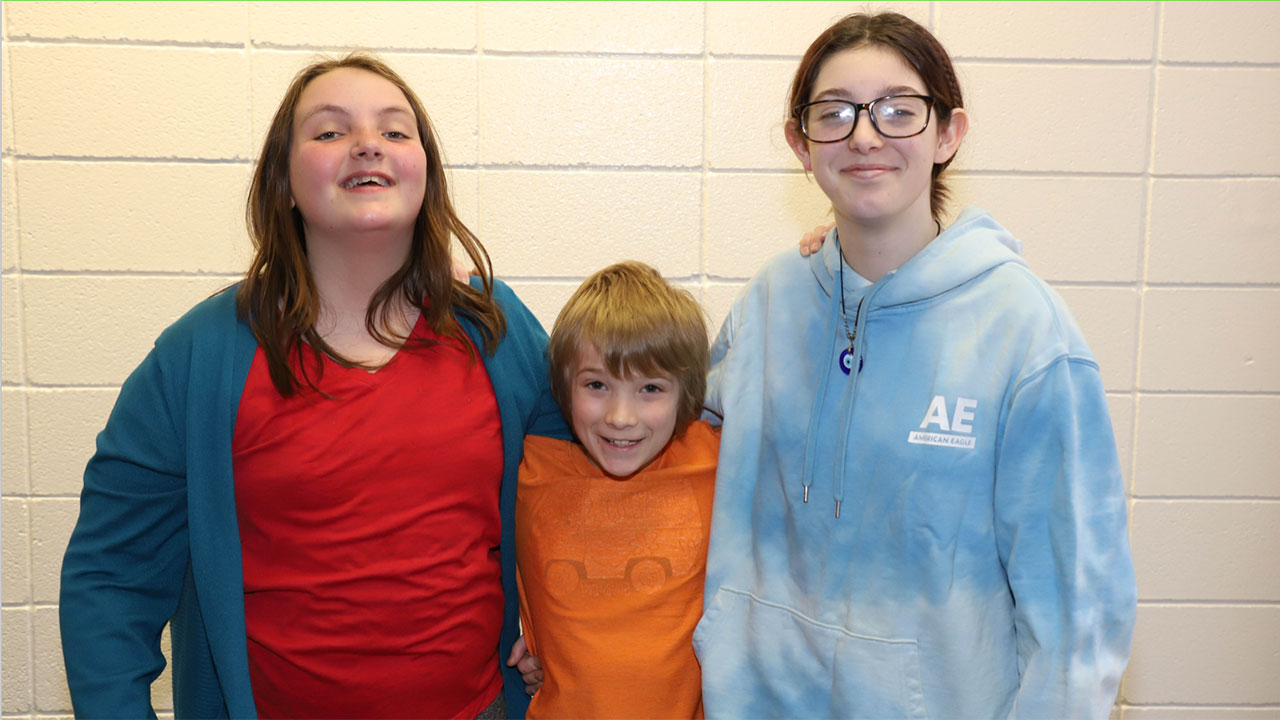 36 Youth to Perform “The Jungle Book KIDS” in Elkland

Photo by John Eaton
Among those in the cast of the Elkland Winter Theatre Art Camp’s production of “The Jungle Book KIDS” are: (from left to right) Bella Boom who plays Baloo, Alexander VanDusen who plays Mowgli, and Emma Walters who plays Bagheera.

Performances for the public of Disney’s “The Jungle Book KIDS” will be in the Clark Wood Elementary School Auditorium at 110 Addison Hill Road in Elkland at 7 p.m. this Friday and Saturday, March 18 and 19. Admission at the door is pay-what-you-can.

The show’s beloved characters are played by the 36 fourth through tenth graders participating in Hamilton-Gibson’s Winter Theatre Arts Camp at Elkland. They are all residents of Northern Tioga School District communities.

The after school camp will end this Thursday, March 17. Campers have been learning about all things theatre arts, from vocal training and improvisational acting to music, choreography, art, costuming and stage movement. Camp sponsor is the Deerfield Charitable Trust.

“The Jungle Book KIDS” is a family musical based on the 1967 Disney animated film of the same name and includes a host of its colorful characters and songs. Banished by the ferocious tiger, Shere Khan, a human boy named Mowgli and his panther friend, Bagheera, are on the run. The two meet Kaa, a sinister snake; a herd of elephants and a giant bear named Baloo; run for their lives after surviving a dangerous encounter with a band of monkeys led by King Louie; and, when Shere Khan returns, rally their fellow animals into battle and restore peace in the jungle.